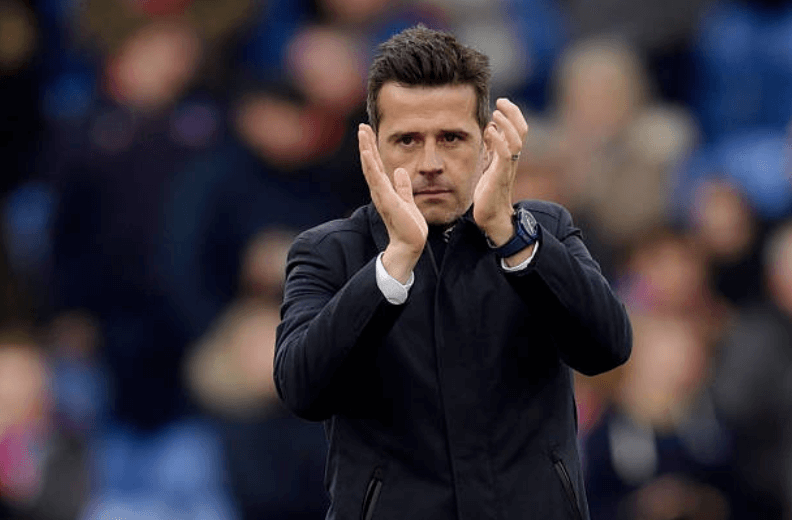 The days are getting longer, the end of the season draws near, and nothing could be more of an example of that than two mid-table sides playing out a scoreless draw as Crystal Palace and Everton shared the points at Selhurst Park.

The home side failed to register a shot on target in the 90 minutes and although the visitors had far more attempts on the Palace goal, 22 in total, only three of those were on target. One of which came late in the game when Vincente Guaita was forced to pull off a great save when an instinctual piece of skill from Cenk Tosun saw the Turkish international directing the ball goalwards with a back-heel effort, only to see Palace’s Spanish keeper diving down to his right to parry it away and preserve his clean sheet.

The visitors also came close when a Lucas Digne cross was deflected at the back post, but unfortunately for the Toffees, it did not sneak into the goal after rebounding back off the woodwork.

It was a pretty run of the mill draw, with both sides going through the motions after what seemed like a promising start to the match. With two games left for each side, both will be looking to finish in the highest place they can, with Palace hoping to have a late surge into the top ten, and their opponents from Merseyside still having eyes on a place in Europe next season.

With safety assured with the win over Arsenal, Roy Hodgson and his team could afford to start looking forward to next season and begin planning on improvements to push on the league in the next campaign. If there has been one thing that has held Palace back this season that they must to better with next term it’s the results at home.

With one more home game to play on the final day of the season, they are in a position that would leave them relegated if only points at home were taken into account. They have only had four wins at Selhurst Park all season, losing half of them, meaning only bottom side Huddersfield Town have a worse record.

This has meant an over-reliance on collecting points on the road, which they have done well in, epitomised with the 3-2 win at the Emirates last weekend. Prior to kick-off, Palace were only nine points off 7th placed Wolves, which means if they could have converted some of those disappointing results at Selhurst Park, like the defeats to Brighton and Southampton, or the draw with strugglers Cardiff City, into wins, then they could have been one of those teams in the discussion for that ‘best of the rest’ spot.

The Toffees have certainly started to shine under Marco Silva, and are in sparkling form as the season comes to a close. They have pretty much cemented their top half place and are looking to pip the likes of Wolves and Leicester City to that Europa League place. It has not been a surprise to see that their upturn in form has come from a solidifying of their defensive line, so much so, that they have become the ‘Laundry Men’ of the league in recent weeks with the amount of clean sheets they’ve kept.

In the last nine Premier League games they’ve kept seven clean sheets, including five victories over the likes of Chelsea, Arsenal and Manchester United, as well as hindering local rivals Liverpool’s title bid with a 0-0 draw at Goodison Park. The only times they’ve conceded in the league since the end of February have come in the only two defeats in that time against Newcastle United and surprisingly relegated Fulham.

To round off the season, Everton welcome Burnley to Merseyside and make the trip to the capital to face Champions League semi-finalists Tottenham Hotspur on the final weekend. There will be expectations of another clean sheet in the home game and depending on how Spurs fair against Ajax in the midweek prior to their league meeting, as well as the injuries the North London side have, there could be two more shut outs on the horizon.

No future for Batshuayi

It may come as a surprise to many that Roy Hodgson has decided to basically drop Chelsea loanee Michy Batshuayi from the side in favour of his Belgian compatriot Christian Benteke. Batshuayi was a hit with fans and players alike when he arrived in the January transfer window, scoring twice in his first five games in the league, although the returns soon dried up.

Even with his downturn in goal scoring returns, it still raised many eyebrows when he found himself on the bench in place of Benteke who had not scored a goal of any kind since April 2018. He has since gone on to feature in none of the last three games.

When questioned about it Hodgson commented that Benteke was a contracted player at the club whereas Batshuayi isn’t. The indication being that now Palace are safe from relegation, he is looking towards his options for next season, which include Benteke but obviously not his loanee striker. The big Belgian took advantage of his opportunity, grabbing his first goal in a year against Arsenal, and it looks like he’ll be leading the line next campaign as Batshuayi goes back to Chelsea with no offers of a move back south of the river.

Chairman of the people

There was a side-note to the game, which actually became more of a story than the actual events on the pitch. Before the game, Everton chairman Bill Kenwright gave every fan of his boys in blue that traveled to the game in the official coaches a crisp five pound note. He told them to get a drink before the game, which was certainly a very rare thing for chairmen of football clubs to be doing in this day and age. It was an act that would have been appreciated by all, and was a hit on social media in the lead up to the game. Well done Bill.