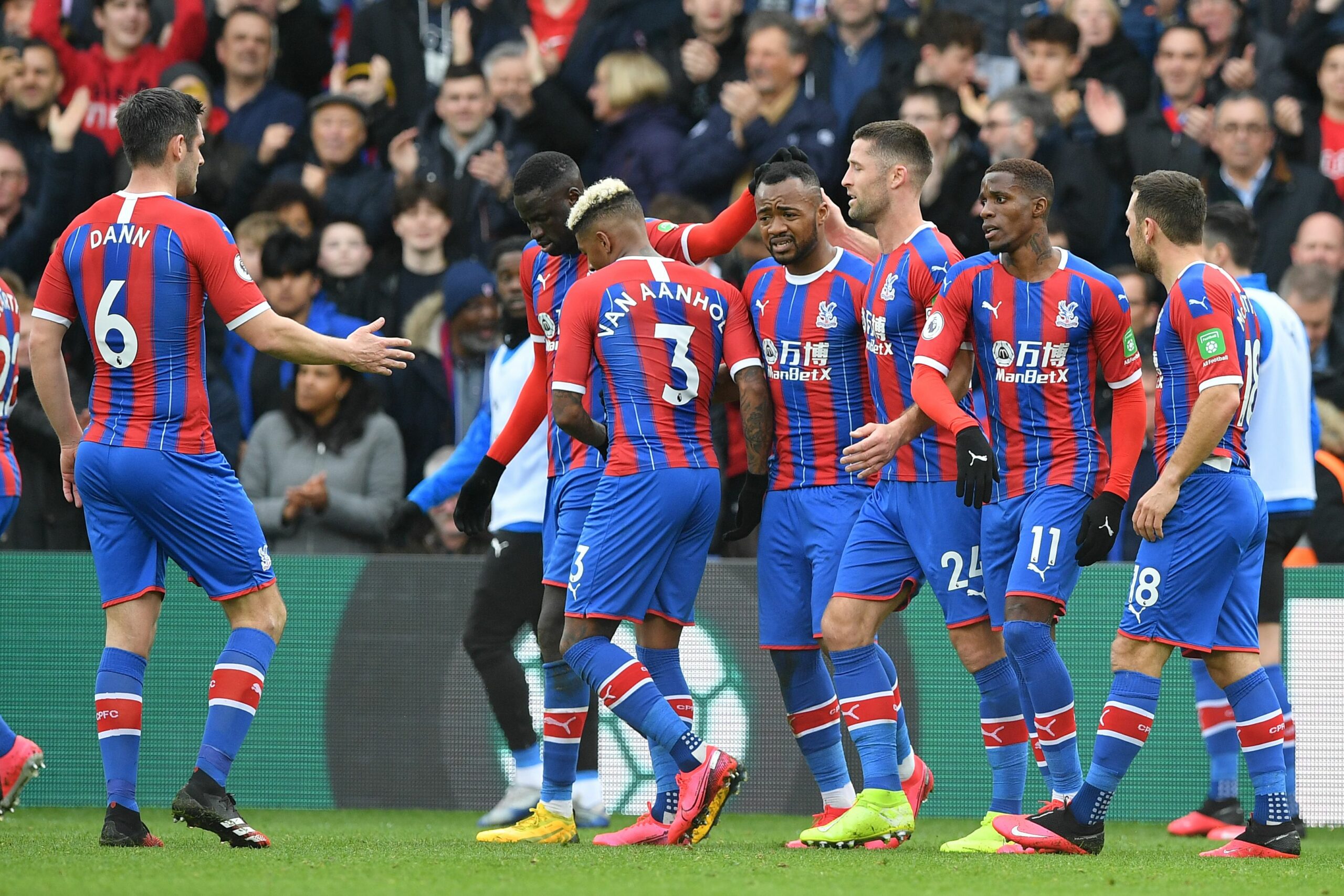 Sir Alex Ferguson once proclaimed that ‘1-0 wins are Championship form (i.e. trophy-winning form)’ and with this victory of the same scoreline, Crystal Palace collected their third consecutive lot of three points against fiery, yet blunt, Watford.

A match that is notorious for its hot-headed nature began quite in the opposite fashion with both sides unable to get past midfield and neither midfield really proving their ability on the ball. Then came a move of brilliance that was preceded by 27 minutes of inability from Palace.

Christian Benteke trapped the ball on the half-way line, with his back to goal, turned his man inside out before feeding Wilfried Zaha out wide. Zaha skipped past Kiko Femenia just at the vertex on the box, found Benteke waiting in the middle who laid it off to James McCarthur – whose pass to Benteke started the move – before Palace’s number 9 confuzzled three opponents and shot past Ben Foster in goal.

What may seem like an average goal on paper, was actually one of Palace’s most cohesive moves of the season. All three attackers were involved, and it began from Vincente Guaita rolling it out to Gary Cahill in their defensive area. Foster was clearly aggravated following the strike and made sure his defenders knew of his frustration immediately in the aftermath.

Maybe it was vexation that brought upon these events, but succeeding the goal, the mood of the game changed entirely; simply, it was like someone flicked the light on. That person was definitely Anthony Taylor. Precautions and yellow cards were intertwined and quickly became the focus of all 22 players on the pitch, who were all hoping a volatile situation would see the maximum punishment endowed on the opposite team.

For a long while football was forgotten and it seemed both teams were intent on making sure their opposition received all the cautions and all the stern conversations they could, courtesy of Taylor the referee. A red card was ensuing, but, surprisingly, the game ended without one.

However, both teams still had a long way to go until they superseded the record for the most in a game – nine seems an insurmountable figure, achieved by Tottenham away to Chelsea in early 2016. Frankly, after the break, Watford looked bereft of all imagination and Troy Deeney was left alone up top with Liverpool’s conqueror, Ismaila Sarr.

Etienne Capoué and the midfield seemed more focused on ensuring Zaha played no further part in the game – whether that be by injury or by a suspension. In fact, it was Palace who had the two most imposing opportunities of the second half. Zaha successfully managed to dribble his way past several players, then from just outside the vertex of the six-yard box, he tried nut-meg Foster in goal. While Benteke’s overhead kick would have been an emphatic ending to a true lone striker display.

Eventually, Palace saw out the game despite Nigel Pearson watching over as three players changed sides of the white line over the last 16 minutes. In a relegation battle, Watford will need to be better.

Eight goals, 15 points… it’s only every English manager’s elusive dream, but it seems the league’s oldest ever manager has finally come to realise it. It took 21 goals for Andy Johnson to achieve the same feat in his record-breaking 2003/04 season.

This tally of 15 points is just one less than the 16 that Pierre-Emerick Aubameyang’s 17 goals have earnt his side throughout the course of this season. For a side that relies heavily on clinical finishers achieving plenty from limited supply and moments of individual brilliance. All three facts have been true of Ayew’s tenure this season – eight goals from 21 shots on target is an incredible rate to go alongside his ‘points won’ tally.

Ayew’s expected goal (xG) total of 6.31 from 28 appearances is only 0.54 short of his previous best in 2017/18 with Swansea which came from an extra eight appearances in the Premier League. From minute one to minute 90, the Palace fans’ appreciation of Ayew’s heroics can be heard – lead by the Holmesdale Fanatics in the homestand. The ‘der der der der’ intermission between every ‘Jordan Ayew’ rings loud and proud for a player who continues to surprise the fans and manager of the club.

It was visibly obvious that Anthony Taylor struggled dearly with maintaining all the egos on the pitch during these 90 minutes. Eight yellow cards, superficially, seems like he had the game under wraps but this was far from the truth.

Yellow cards were being given for incidences that were barely a foul and players were at each other’s throats, literally. Capoue was under VAR scrutiny for malicious conduct when he lent into Zaha while walking back to defend an ensuing free-kick. Players were searching for vulnerable targets to aggravate a response out of them in the hope they would see red and this was not a ‘nice, fair game’ whilst Taylor had zero control over its happenings.

The ferocity of the contest shouldn’t come as a surprise to the FA and the appointment of Taylor – an inflammatory referee – was not a logical decision and it took away from the spectacle.

Zaha continues to struggle for form

His flare and uncanny ability to make any defender dance like they’re on an ice rink is undeniable. However, recent struggles in front of goal may prove worrying for Palace’s season. Zaha’s unique ability means that his goal and assist tallies don’t need to be monitored as his presence on the pitch itself changes opposition game plans. This alone was proven by Ayew’s winning goal as both Zaha and Benteke played integral parts to the build-up. If it wasn’t for his dribbling ability, the ball would never have found its way into the back of the net, but, alas, no assist will be registered.

Nonetheless, you still need your attackers to hit the target when they’re not contributing. Luckily, Zaha is still adding plenty to the team and Ayew’s product has proven satisfactory over recent weeks, but Zaha’s goals are still missed. A tough, small-angle shot at open goal struck the post against Brighton in game-week 28, while on Saturday, Zaha attempting to nut-meg the keeper with his preferred foot when his left foot, the non-preferred, is similarly lethal.

He has finished the last two games with the highest xG total over both teams, so the goals are coming and entering into the last stages of the season where an inaugural, and unlikely, European berth, is at stake. It’s imperative he converts these chances more regularly.

Crashing back down to Earth…and the PL table

Following an unprecedented victory against the champions-elect last week, Watford turned in a performance that they won’t watch back on with too much positivity. Troy Deeney’s 30-yard strike in the second-half was as close as the Hornets came to getting on the scoresheet.

Sarr’s day was curtailed by a combined team effort, led by an excellent left-back performance from van Aanholt. While Deulofeu’s absence and, equally, his unknown return date, is demeaning. Nigel Pearson lined up with a multi-pronged attack that presents with pace, experience and explosivity, but Roberto Pereyra was blunt, Deeney isolated and Sarr was unsupported by his teammates.

The unpredictable nature of the Premier League is a significant cause of its appeal, but fans of teams who are victims of this rollercoaster ride most likely don’t share the same views. Improved performances are a necessity especially with several relegation-deciding matches in the remaining weeks.

A battling Leicester City will visit Vicarage Road in the upcoming game-week and it is a match Watford could look to with some hope considering their giant-conquering win last week and Leicester’s giant loss against Norwich a few weeks back. Palace, meanwhile, travel to a team they previously beat 1-0 earlier in the season and will hope three points are on the cards once more, no matter the scoreline.