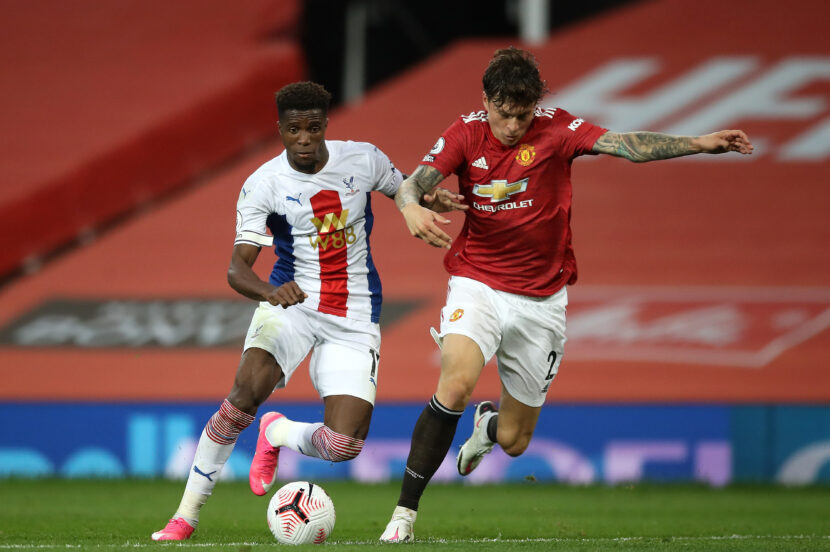 Ragnick watched on from the stands as his new side completed a come-from-behind victory in a controversial 2-3 win away at the Emirates. Michael Carrick oversaw the victory from the touchline, stating that he has picked the sides himself since Ragnick’s arrival was announced. Carrick has since left the club he has called home since 2006 and vacated his office for a new, albeit potentially temporary era.

A new coach means a new style is welcomed. The United dilemma is they have the personnel to play in multiple different formations well, but none spectacularly; it’s difficult to pinpoint a formation where all 11 players complement each other. It is hoped that Ragnick will bring with him the nous to enforce a system – and make the difficult decisions – to get the best out of this star-studded squad. Although, this is still a man who has only managed a side for two seasons over the last decade – both with RB Leipzig where the first came in Germany’s second division. He has also never taken charge of a club, nor players with the stature of Manchester United’s, so how a man of his talent and experience handles this new role will be interesting.

A 4-2-3-1 seems the most viable formation, yet it has its shortcomings with this squad. Cristiano Ronaldo’s disdain for pressing – and inefficiency when he does – means teams will be able to easily bypass the United’s front line, but having the three forwards behind him gives the side the best opportunity to nullify this.

Fred and Scott McTominay have been unstable at best when paired together, while Nemanja Matic, a more assured option on the ball, doesn’t quite have the stamina, nor the pressing ability Ragnick may require. Bruno Fernandes himself is also an issue – imagine saying that a year ago. His chaotic energy and lack of defensive awareness make him a problem if he were to be played as an eight, while the number 10 rarely exists in modern football.

However they line-up, United will have a seemingly inconspicuous task this weekend, or so they have thought for the last three against Palace. The Eagles have travelled to Old Trafford for two wins and a draw during this period and were good value for them. Now, under Patrick Vieira, the dynamic has changed. They are no longer willing to defend and counter but aim to take the game to the opposition.

What should also be considered is that Palace now also find themselves in a lull for the first time under Vieira. Previously seven games unbeaten, this has now turned into one point combined from three matches against teams beneath them – Burnley, Aston Villa and Leeds. Form has never been an issue for them previously against United, as they had just eight points heading into their match in the 13th gameweek in 2018/19 and just a point from their first two games before they played United in gameweek three at the start of 2019/20.

A pattern in Palace’s game management has been to try and control the game until midway through the second-half before going for the game. They control possession and have the personnel on the pitch to press and defend high up the pitch before substitutions unleash the attacking force later in the fixture. This is one of the main reasons Jordan Ayew has started so many games this season despite an obvious lack of offensive form that includes just one goal in his least 40 league appearances. Significantly, he has performed the most pressures of any player since the start of the 2017/18 season showing why first Roy Hodgson and now Vieira love coaching him.

This may also be why Cheikou Kouyaté is now preferred at the base of a midfield three to facilitate firstly the initial defensive phase and then shield the back three once more attacking substitutions are made and the intent is confirmed.

So there is still a sense of pragmatism for Palace, who have conceded just the third least goals from open play this season. With that in mind, and considering that Palace have the best goal difference outside of the top four, it is fair to say that Vieira has made significant strides to making this his team as well as incorporating a host of new arrivals to the squad in the off-season.

The one department Vieira’s side have failed to assert any dominance is with set pieces. They have conceded the most goals from set pieces of any of England’s 92 teams in the Premier League and EFL. Three of the five goals they conceded in the aforementioned fixtures with Burnley and Aston Villa were from set pieces, while Leeds United, after producing no attacking threat all game, won and converted a 90th minute penalty.

Manchester United have always fancied themselves from set pieces and with Harry Maguire and Ronaldo in the side, why wouldn’t you?

In Marcus Rashford and Jadon Sancho they have two forwards with tactical flexibility enough to play across the front three – with Sancho deputising as a number nine at times for Borussia Dortmund. And in addition to Fernandes they possess three forward players willing to press and work hard to regain possession, something that will please Ragnick. This much they showed against Arsenal, with their movement and pressing important in creating several chances. Whilst this commitment resulted in a goal of immense pace against Chelsea.

Palace have shown poise in the face of the opposition press, which is something they will hope to call upon against United with Ragnick likely trying to instil in United a pressing system that has not been there this season. This poise waivered against Leeds midweek, and especially away to Burnley when Luka Milivojevic paired with Kouyaté at the base of midfield, and is a large reason as to their struggles in both games. Jeffrey Schlupp has impressed off the bench this season but seemed to struggle to impact the game when offered his first start against Leeds.

£6 million signing Will Hughes – seen as a long-term placement for the now-injured James McArthur – returned from a back injury to feature for the first time for Palace against Leeds. He showed intelligence while pressing, is a natural midfielder and has the technical ability to supplement that which Kouyaté lacks, so he may offer a more suitable alternative against a potentially high-pressing team in United.

Ragnick’s first game in charge could not seem simpler – an out of form side loitering in mediocrity on the table – yet Palace’s fight under Vieira has won the many points as much as their inefficiencies have lost them. Whether United can take advantage of these, or if Palace can mitigate them and exploit United, a side in transition, will be the difference.

First-choice full-backs Luke Shaw and Aaron Wan-Bissaka are in with a chance of returning this weekend. Alex Telles has performed admirably in Shaw’s absence and should retain his spot even if the English international is deemed fit. Whilst Wan-Bissaka, formerly of the halls of South London, may be preferred due to his knowledge of Wilfried Zaha’s technical ability.

It is expected Ragnick will maintain largely the same line-up. Ronaldo should retain his spot after two goals, whilst Rashford and Sancho have combined well on the wings over the last few games.

Joachim Andersen has missed the last two games through injury and his absence has been felt – only two outfield players have completed more long passes (passes more than 30 yards) than he has. His fitness status is unknown.

McArthur’s hamstring will see him sidelines for another five weeks potentially – a cruel blow before the congested Christmas period.

Nathan Ferguson continues to participate in first-team training, with a return to the under-23s destined within the next few weeks.

United’s defence has been vulnerable – a major issue all season – and could possibly be Ragnick’s first task. Contrastingly, Palace have been well organised defensively but inefficient and unable in attack. A score draw seems likely considering Palace’s surprising history in Manchester – undefeated in six of their last seven visits to the Etihad and Old Trafford collectively – and the lack of stable form for both teams.