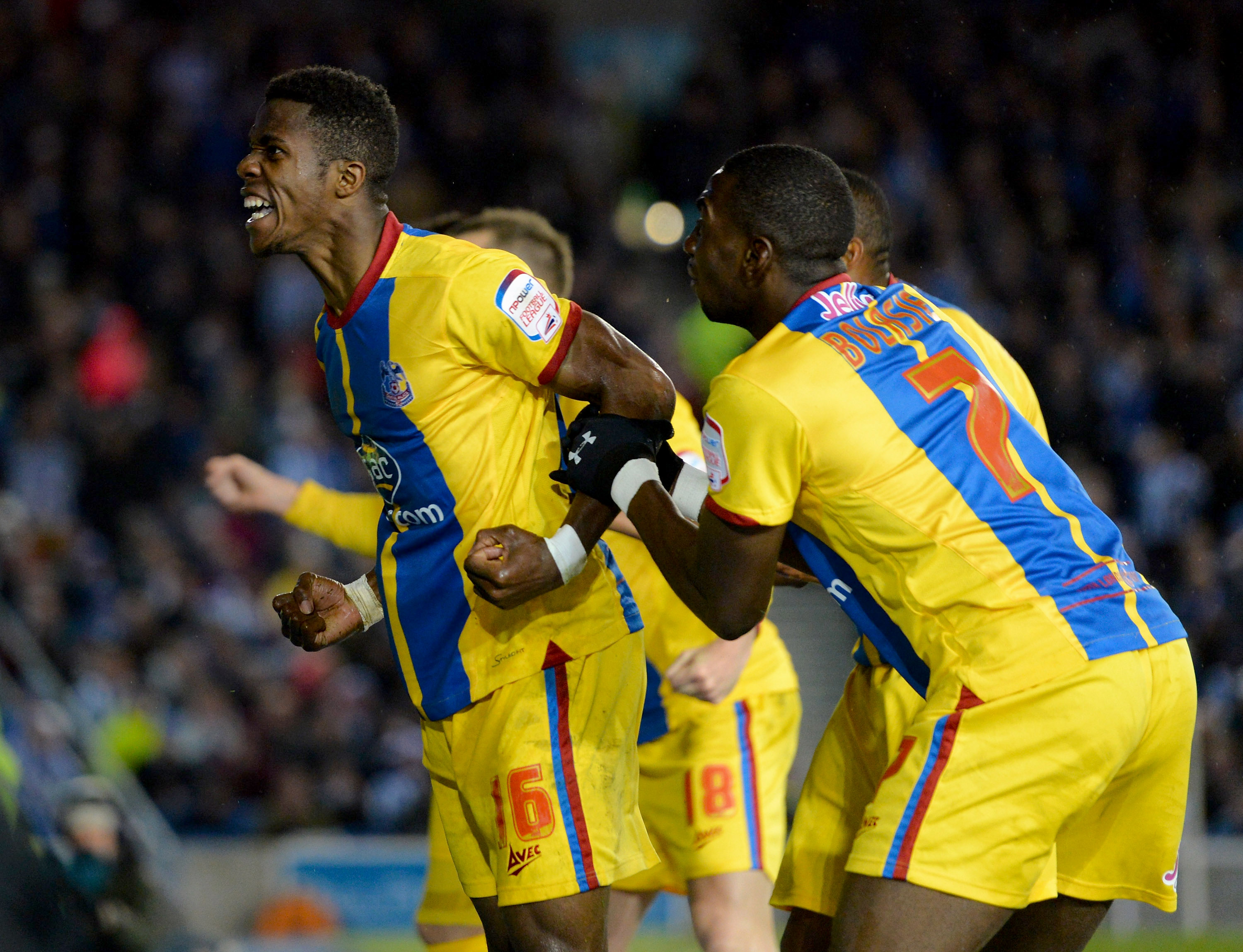 Crystal Palace vs Brighton: A Rivalry Like No Other

“That’s all your worth, Crystal Palace” said Alan Mullery, following Brighton’s controversial 1-0 loss to bemoaned rivals, Crystal Palace, after their second replay of the first round of the 1976-77 FA Cup.

Mullery’s Brighton had two goals disallowed. The first was a result of a handball of an infringed striker, Peter Ward, as Palace legend, Jim Canon, later admitted he had nudged the attacker which led to Ward handling the ball. The second was disallowed courtesy of the penalty box being encroached (by Palace players only, hence the uproar) before the Brighton player had struck the ball from the spot; the re-taken penalty was saved. The game’s referee, Ron Challis, was dubbed ‘Challis of the Palace’ by Brighton fans – an ode to his ill-fated performance with the whistle.

And, thus, ignited what is now colloquially known as the ‘M23 derby’, courtesy of the M23 motorway linking the two teams. Although, most fans of each club show no favour to the title.
The majority of the current, longstanding rivalries were fuelled by either a battle for territory, such as the Manchester or North London Derby’s, or repetitive competition for the game’s highest honours such as El Classico or Liverpool’s feud with Manchester United.

Palace’s discontentment towards Brighton – and vice versa – was mostly a result of the latter, with the pair constantly vying for promotion (and to avoid demotion the following seasons) during the 1970’s and 80’s. However, any of their loyal followers will tell you it was sparked by something much simpler; pure, unwavering hatred.

The two managers – Alan Mullery of Brighton and Terry Venables of Palace – were appointed within a month of each other in the English summer of 1976. The pair had no managerial experience, although Venables was the assistant coach to his sacked predecessor, Malcolm Allison.

The pair were given the same task: to earn promotion from the third division of English football. Both clubs were expected to achieve the feat, so appointing managers lacking in experience was low risk.

Mullery and Venables had also been teammates at Tottenham in the 60’s, with Mullery as captain with Venables his understudy, the vice-captain. It was always known that Venables had desire for the captain’s armband, but his teammate was awarded it ahead of him and this made the future Palace manager bitter towards his companion. Their personal competition, thus, continued on from earlier years when Venables was at Chelsea in the years leading up to his move to Tottenham, where Mullery had already been for two years.

In the season of their respective appointments, the Eagles and the Dolphins (as Brighton were previously known) would go on to meet five times throughout the 1976-77 season. The first meeting was not without its own level of excitement. A 1-1 mid-season draw at The Goldstone (Brighton’s former home) had to be delayed after 3 smoke bombs found their way onto the pitch; Mullery had to plead with the crowd to end their nonsense just for the game to continue.

The second meeting was the first of three FA Cup matches, preceding two replays. It ended 2-2 at The Goldstone and Mullery was furious, making several sly passes at the opposition post-match. “Give them [Crystal Palace] their due. They came for a draw, worked really hard for it and that’s what they got,” he said following a game in which his side had dominated. He ended by saying “I dare them to do that at Crystal Palace.”

Interestingly enough, Palace went home and did exactly that three days later, with the first replay ending 1-1. The third match was to be played at a neutral ground and – after being postponed twice due to bad weather – it was played at Stamford Bridge where Brighton went on to lose 1-0 and the aforementioned madness ensued.

Mullery said in an interview with the Guardian some decades later that “As I was walking up the tunnel a load of boiling hot coffee was thrown over me by a Crystal Palace supporter. So, I pulled a handful of change out of my pocket, threw it on the floor and shouted.” He, also, gestured towards the Palace fans with unsavoury ‘V-signs’ and stormed off.

Of course, nobody could blame him for his reaction and the supporter responsible nowadays would most likely receive a life long ban. However, his antics did earn him a £100 pound fine, but more importantly it earnt him a place in history as the ‘founder’ (if you can say such a thing) of the ongoing dissension between these two clubs.

Although, having been asked recently about the incident and the subsequent ‘rivalry’ that he created. Retracing the incident in an interview with the Independent, Mullery evades any association with the current feud stating that “I don’t really want to talk about it. That was nearly 40 years ago and I’m not really interested in what happened in a Cup tie.”

The pot had been boiling for several years prior to this incident, with Palace the closest professional club to Brighton (in terms of mileage), but this match seemed to tip it over.

The pair of teams met 21 times over a 12-year expanse during the 1940’s and 1950’s including, incredibly, twice in two days on both Christmas and Boxing day. In the early 1970’s, the fixture had recorded attendances of overflowing numbers that required extra police allocations. In 1974-75, 33, 000 people packed into The Goldstone to see the home side finish 2-0 victors. That match is often credited for the transfer of Brighton’s nicknames. Brighton fans bellowed ‘Seagulls’ to taunt and drown out the chants of ‘Eagles’ from Palace supporters.

The hatred was like gun powder and all it needed was a primer to ignite it, which came in the form of that trio of FA Cup games in the 1976-77 season.

Mullery and Venables continued transferred their personal rivalry from their playing days into their managerial tenures at these respective clubs. From Venables playing his star players injured just to rehash old nightmares amongst the opposition, to Mullery not releasing his line-ups until just a few minutes (literally) before kick-off to unease his counterpart. The tension was spurred on by the managers.

The rivalry was further enhanced as the two teams matched each other’s steps throughout the echelons of English football in the subsequent years.

They both gained automatic promotion into the second division after that tumultuous first season finishing as the two runners’ up. No victor could be crowned the following season with neither achieving promotion and both of the meetings ending as stalemates.

On the final day of the 1978-79 season, Palace’s victory against Burnley saw them leapfrog their rivals, Brighton, into first place to be crowned second division champions. Both teams achieved automatic promotion, nonetheless.

The ensuing season would be Venables’ last as Palace manager, who had led them from the third division and saw them safely through the first division season.

Mullery would leave the season after that, leaving the rivalry to burn on its own, and this it has done. Famously, the former Tottenham captain managed Palace for two seasons, much to the dismay of loyal fans. There were protests and boycotts of home matches and things nearly escalated to violence towards Mullery.

In the years since, there have been incidences where there is naught to gloat about, while other moments are still mentioned with glee to this day. Career-ending tackles (an example of the former) and hattrick heroes have filled the history books. Even depositions of faeces on Palace’s dressing room floor – dubbed ‘poo-gate’ – made the news, although, no one has since owned up to the ‘feat’.

Whichever way you look at it, each club following has their claim to fame. Brighton lay acclaim to the most overall wins, be it in the league or the cup, winning 40 of the fixtures compared to Palace’s 36 out of the 101 played so far – making it the second most common fixture for each club. While any Palace fan looking for a ‘conversation winner’ will do worse than mentioning Wilfried Zaha’s double at the Amex Stadium in the Championship Play-Off Semi-Finals during Palace’s promotion season.

As uncanny as this rivalry may be and however unlike all other longstanding rivalries it presents as, there’s no denying that the fire still burns hot within all of the fans.

In an interview with the Daily Mail, Chris Waters, the spokesperson for Palace Supporters Trust undoubtedly lists Brighton as their archenemy. “We’re separated by more than 40 miles but it’s way stronger than the Millwall rivalry. In the 50s and 60s people point to Millwall, but 100 per cent Brighton are our main rivals now.”

The opposing fan base do not budge either. Liz Costa, the vice-chairman of Brighton Supporters’ Club, also being interviewed by the Daily Mail, did not relent by saying “It’s not just a rivalry, it’s bitter hatred. Sometimes the games are absolutely toxic.”

As Jim Cannon put it while being interviewed by the Independent: “We’d beat them and then they’d beat us, but we still used to go out and have a drink with the Brighton lads because they were all mates of ours,” Cannon recounted. “Obviously, things were different when we got on the pitch and we’d go out there and kick lumps out of each other.”

The 102nd match this game-week will be no different to the previous 101. There has obviously been no love lost between the fans or the players alike (judging by recent performances).

It is the unadulterated hatred that fuels the continuation of this rivalry that defies all logical and geographical sense. And, this, is what makes it so good to watch.