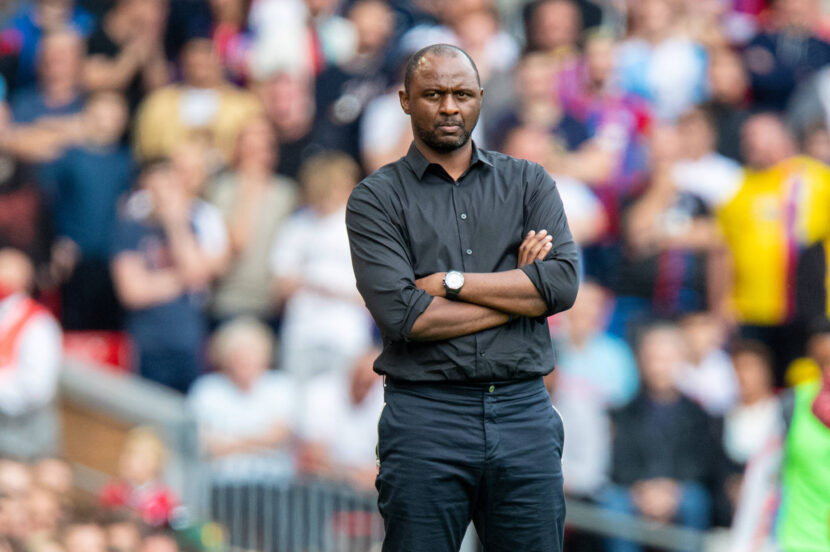 The most peculiar and bitter of rivalries recommences on Monday evening when Brighton travel to Selhurst Park to battle with Crystal Palace.

Monday’s match will be remembered one way or another. It will mark 10 years to the day since Brighton’s first loss at their AMEX stadium inflicted by Palace as part of a rivalry that has spread through generations. Whilst a win could see them leapfrog all comers and finish the round in first place.

These two teams have been involved in some relatively predictable games over the past two seasons. Not in terms of results – which have kept the hostility of Palace supporters at a minimum – where Palace have not lost in the past four. Including the smash-and-grab victory at the AMEX last season.

We are left only to imagine what would have proceeded following the insipid display that night. Without supporters in the stadium frustrations were not heard but only seen when the Holmesdale Fanatics, a group of Palace supporters, hung a banner outside their club’s training facility. With the banner hung and a statement release, the result was as desired but the negative tactics persisted; the team were not coached to play any other way.

Patrick Vieira has now come in, and the seven months following the victory have brought much change at Palace – and that is putting it lightly. For starters, fans are back. The outlay in the summer transfer window was a statement of intent of the direction of the club and the backing of a new manager. Vieira has responded aptly with the first six competitive games showing a gradual improvement with each showing increasing excitement levels.

Against Chelsea, the team was dominated and the outlook bleak. Last week against Liverpool, also away from home, the score line was the same three-goal loss but the implementation of Vieira’s vision was prevalent. Against Brighton this weekend, a similar performance may produce a more positive result, which is what fans will demand.

Palace hit the post twice in the first five minutes against Liverpool and were denied a penalty that referee Andy Madley may want another look at. Two poor first touches from Odsonne Edouard, when the striker was through on goal in the box, were other missed opportunities. Liverpool struggled to create pure chances with all three goals resulting from deflections from corners. To earn a favourable result against Brighton, it will mostly be about remaining as resolute in defence as they have been, whilst continuing to strive forward positively.

However, any slight deviation from this may be detrimental. Brighton are a team who have capitalised on lesser chances and come in with a truckload of confidence. Four wins from their first five games has fans dreaming, fans who won’t be bothered by the fortune in their victory over Leicester last week.

Graham Potter and his coaching staff may well be looking at ways to exploit and be hoping for similar defensive lapses from corners as well. With centre-backs Lewis Dunk and Shane Duffy both boasting height advantages over any Palace player, Brighton will be a significant threat from set-pieces, and it may prompt Dan Burn’s first starting berth this season.

With all their number nine’s currently struggling for form, much of Brighton’s play remains reliant on width. Marc Cucurella’s signing was met with some scepticism from outside the club, but the wing-back has slotted in perfectly under manager Potter. He has quickly become a significant outlet and a creative source for the Brighton system.

Against Chelsea, Palace struggled to contain the width their wing-backs provided, but Vieira responded with formation changes and substitutions that nullified their threat noticeably, though the damage had been done. Vieira’s tactical flexibility has been greatly welcomed by all at the club, with rigidity a major source of frustration under former head coach Roy Hodgson. It is something he may need to call upon depending on how his team responds to the height and width and how Potter plans for a different Palace.

A rivalry will be reignited this weekend. Fans will be back and the two teams will be trying to win playing attractive football. The game is set up for one play, one moment, one man to take the headlines; who will produce it?

Jeffrey Schlupp has successfully returned to training following a hamstring injury sustained with Ghana during the international break. However, the versatile midfielder likely does not have a spot in the starting 11 either way with the team as it stands. He may return to the bench.

There are no fresh injury concerns, with Eberechi Eze and Nathan Ferguson still ahead of their respective rehabilitation from similar achilles injuries.

There is news aplenty for the visitors. Ripping the band-aid off and starting with the unfortunate news first: Yves Bissouma has a knee complaint that may see him excluded from Monday’s clash. Like he, fiery forward Alexis MacAllister and record signing Enock Mwepu will have to go through training – if they can make it through that – before an evaluation of their fitness can be made, and this will likely wait until the 11th hour. Adam Webster will not be available.

Last season’s breakout star Tariq Lamptey played a half of football mid-week in the victory over Swansea in the Carabao Cup after being an unused substitute in last week’s clash with Leicester. Potter has asked for pressure to be relieved on the 20-year-old in what he believes will be a gradual and systematic return to football considering these were his first first-year minutes since December last year.

Ignoring the potential for a weakend Brighton side, fans will appear at Selhurst for the first home showing of this rivalriy for almost two years – the noise should be deafening, and this will be a massive boost to the hosts. Palace have been improving every game, yet you can’t ignore Brighton’s current run but is it merely a flash in the pan?

3-1 does not necessarily mean a drubbing; there will be good football and this usually breeds goals. It will be about who takes their chances, and who doesn’t. Odsonne Edouard could be the difference here.