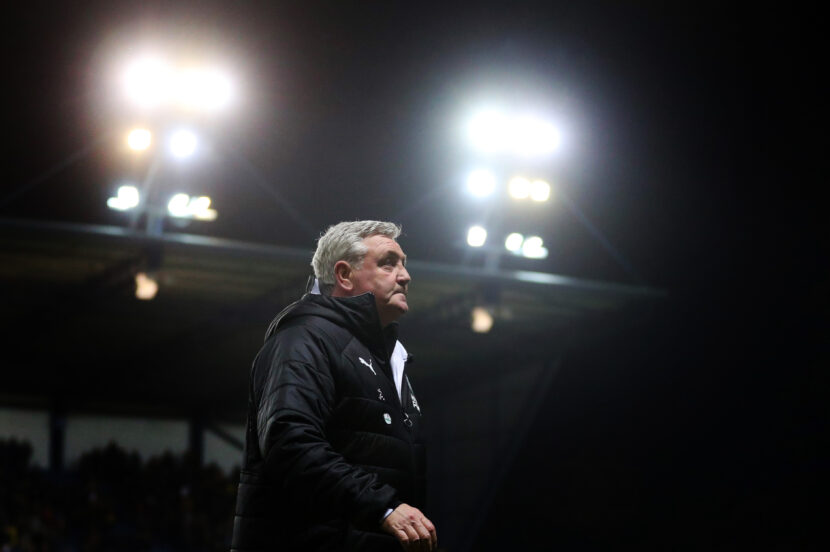 Almost inarguably, it’s the two worst offensive teams of the season coming up against one another this weekend and it doesn’t help that in their last 10 games each in the league, they have a paltry three wins recorded.

In fact (pun intended), the statistics regarding the offensive inability of these two sides is staggering, despite both flaunting distinctly enigmatic players on the pitch.

Palace, for a side that boasts such incredibly recognisable names upfront, have the least shots per game (9.5), goals (23), shots on target per game (3), have the third-lowest goals from open play (13), the equal second-lowest number of crosses per game (15) and are last for chances created.

That is a plethora of facts that outline one of two facts: either, the club simply lacks line-breaking, game-winning talent, which is simply incorrect, thanks to Wilfried Zaha. Or, the rigid tactics and defensive focus has restricted the side from coherently attacking.

Interestingly enough, to add on to the numbers mentioned above, Palace are dispossessed the most per game (12.2). What does this outline? From a footballing perspective, it’s baffling considering they only hold possession 46.4% of the time – the 15th highest portion in the league. What it may mean is that there is simply no plan going forward. Apart from targeting Zaha on the outer flanks (when possible), there isn’t a clear and obvious pattern to their movement going forward and, thus, they dwindle on the ball, wait for an opening (which is not coming) and are dispossessed.

Against teams hungry for the ball, this is not an ideal trend. However, they do come up against a Newcastle side who have the lowest possession count throughout the whole league (39.2%). Palace can’t let this fact fool them into thinking they’ll have ample time to mull on their decisions. Although Steve Bruce’s side are more than happy to let the opposition pass the ball between themselves, their astute defensive capability has earnt them five results from nine fixtures against the seven English teams currently playing in the two European competitions.

Albeit, when you prioritise defensive crystallisation you sacrifice offensive prowess. Put it simply, Palace aren’t banging them in weekly, but neither are Newcastle; virtually every attacking statistic features these two in the bottom few in the Premier League.

Newcastle average just 0.4 shots per game more than this week’s hosts and have scored just one more goal (24). THey trouble the keeper just a tad more with 0.2 more shots on target per game and they have the equal lowest goals tally from open play (11).

In terms of expected goals, according to infogol.net, Newcastle have the worst expected goal difference (xGF) in the league (-27.6). Effectively, this means that the club is over-performing heavily at the moment. In contrasting terms, Palace are no better off with an xGD of -18.5 meaning they should have conceded 18.5 more goals than they have been expected to score (i.e. their expected goals for is 27.3 and expected goals against is 45.8).

In summary, this game won’t be a virtuous advertisement for the pace and brilliance that modern football can produce. Instead, it is the opposite. It will become a tale of two teams with untoward, yet fruitful, tactics attempting to both out-defend and out-counterattack one another while simultaneously retaining less of the possession.

This could just end up being a fascinating duel of opposing wingers as Zaha and Newcastle’s mercurial Allan Saint-Maximin have bewildered and bemused many with untraceable feet despite their finishing leaving many wanting. With adequate team support, both players could flourish and in a game where both teams will be forced to take the majority of possession for patches throughout the game – this may just come to be.

Jeffrey Schlupp, Mamadou Sakho and Cenk Tosun all returned to training in one shape or form over the winter break, with the latter being declared “fit again” by coach Roy Hodgson in his pre-match press conference.

Unfortunately, experienced campaigned (like many of his centre-back peers at Palace) strained his hamstring, and was subsequently subbed off against Everton and has been confirmed as an omission for this weekend’s vital fixture.

Once again quoting Hodgson’s pre-match press conference: “It is two players with sickness and fever… so there are a couple of players who aren’t at their absolute best, and we might have to make a late decision on which of those may be fit to start…” Not entirely encouraging words for a team on the back of a hat-trick of losses.

Joelinton is in a similar position to the Palace players who have befallen ill, however, Steve Bruce expects the club’s record signing to be “OK” for Saturday’s clash. Christian Atsu may not consider himself as lucky and it seems he will miss due to sickness.

Dwight Gayle and Yoshi Muto have trained adequately during the week and will put themselves in contention to return to the 18-man squad. Jonjo Shelvey and Emil Krafth are still yet to join main training but “next week” is the aim, according to Bruce’s pre-match press conference.

While centre-half Ciaran Clark suffered a potentially serious ankle injury against Arsenal in the previous game-week and the club are awaiting a specialist consultation to submit a return date.

Any idealistic fan of either of the two sides will believe a win is more than vital considering the eerie calls of the relegation zone just mere points behind them, but any realistic supporter will acknowledge the club’s frailties. A 1-1 draw seems the fairest outcome before the contest even starts considering the drab style of play employed by these two clubs.