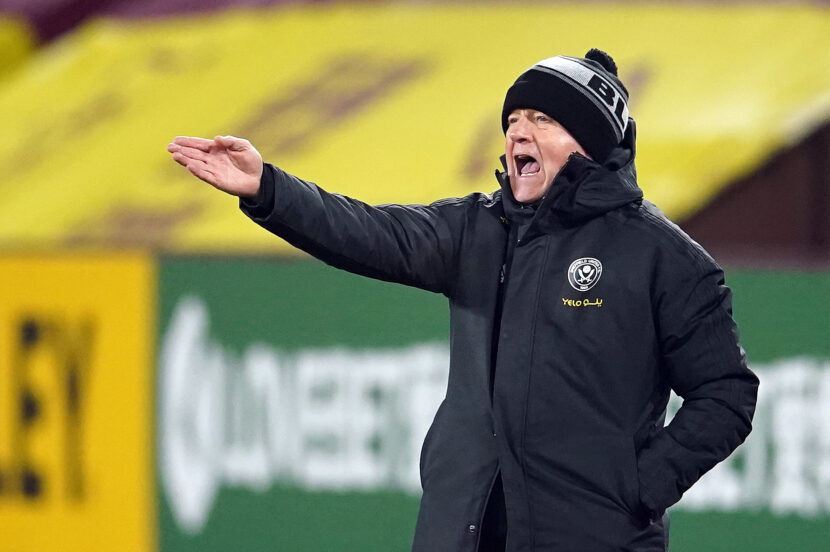 Sheffield United remain luckless and winless in this season’s Premier League but a road trip to Crystal Palace provides them with a great opportunity to change that.

It was another encouraging, yet impotent display, from Sheffield United from the match week just past. They had a shot saved on the line and a couple of strong saves from Nick Pope, in the opposite goal, to deny them; whilst Aaron Ramsdale, the Blades’ keeper, was also effective in goal. You just have to feel their fortunes will turn for the better and they won’t have many better opportunities than this weekend.

Palace are a side, when considering their personnel, who should be truly looking to test the bigger teams and push deeper into the top 10. They boast a few wealth of talent in attack, who are backed up by some stern customers in defence. Despite all this, they find themselves lingering in 15th, falling further and further down the table after two impressive – and consecutive – victories to start the season.

The Eagles were embarrassed by both Liverpool and Aston Villa over two consecutive match weeks before they mustered a point against a resting Leicester City in match week 16. However, it was not a particularly inspiring performance. Only four shots – where their goal was the only shot on target – produced an expected goal tally of 0.5 against a purposefully depleted opponent.

Brendan Rogers decided it proficient to rest two of his back four, and midfield rock Wilfried Ndidi. A fully fit Palace attack – with Eberechi Eze rested – did not make them pay. Such is the impression of the club at the moment that managers are willing to rest their stars against them – Jamie Vardy and James Maddison also did not start the game.

As much as the glass is half-empty, it is also half-full. Jaïro Riedewald, in place of the presumably rested James McCarthur, and Luka Milivojevic performed admirably in midfield. Although it remains to be seen whether this is the optimal midfield combination for Palace – as the two do not have very complementary traits for each other, boasting similar play styles.

Patrick van Aanholt, who is quite important to how Palace attack from the left, was benched in place of the more defensively able Tyrick Mitchell. The 21-year old, who always boasts an impressive return of ‘old-school’ defensive statistics, had the second-most interceptions and clearances as well as the most tackles for his side.

Naturally, Wilfried Zaha was again influential to the outcome of the game. Scoring the first goal whilst making the most combined tackles and interceptions for all non-defenders. Roy Hodgson has many tools in his box to work with, which he has always craved. It is now how he is using them that has fans complaining. Against Sheffield United, a side who secured the double over Hodgson’s Palace last season, these same fans will be expecting a convincing win.

Sheffield United manager Chris Wilder currently has the most underperforming attack and the fifth-most underperforming defence under his tutelage at the moment. It is both worrying and encouraging that this is the case. After such an impressive 38 games last season, in which they overperformed heavily defensively in terms of expected goals, much was expected of them this season, with regard to improvement. This much we have not seen. Instead, we have been provided with the Sheffield United that many expected going into last season.

But, like what was said about Palace, Wilder has tools in his box that are of a good enough quality to not be in this position. Rhian Brewster, renowned as an exceptional finisher from his time at Liverpool, has failed to make his mark so far. While injuries have quite effectively curtailed any hope defensively. Like Burnley, who have improved significantly upon the return of their full-back five picking up an extra 1.67 points per game since.

Unfortunately, Jack O’Connell – arguably the Blades’ most important player – has not featured since their narrow 1-0 loss to Aston Villa in match week two. In his absence, Wilder has been unable to settle on a back six (including goalkeeper Ramsdale) due to a combination of form – or a lack thereof – and injuries.

Over the past five games, the same back six has been fielded, with only O’Connell missing from those who are first choice. It is also no coincidence that Sheffield United have seen their best performances come during this patch of games. This includes the harrowing come-from-behind defeat to Manchester United; their second point of the season against Brighton & Hove Albion; and a loss to Everton in which they produced a superior expected goals tally than their opponent for only the second time this season.

McCarthur and Eze were afforded rests in the draw to Leicester City and both should reclaim their spots, despite Riedewald maybe deserving a start more than any of the midfielders, based on performances this season.

It remains to be seen whether Gary Cahill will be fit enough to start this weekend, with no further updates from the club on his prognosis. James Tomkins, apart from the conceded penalty, performed admirably considering it was his first start in 29 league games. He should hold his place and, if Cahill is fit to start, it would be Cheikou Kouyaté who may have to watch from the bench.

There are no fresh injury concerns for Sheffield United. However, Oliver McBurnie, who played through shoulder pain when he came on against Everton in match week 15, could return to the bench again for this fixture. The back six should stay the same, after a string of impressive performances together.

This is a dangerous game to predict. Palace are out of sorts but are usually quite able to churn out results against those below them on the table. Meanwhile, performances suggest it is only a matter of time before the Blades string together a few points. Could this be the start of that run?