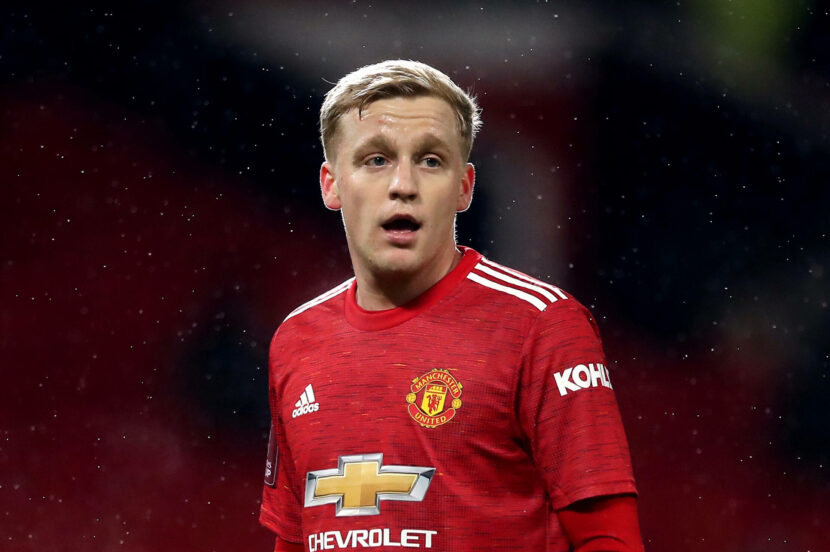 Donny van de Beek: the midfielder yet to show his true potential at Old Trafford

Manchester United’s £35 million summer purchase of Donny van de Beek was somewhat of a coup by the Premier League giants. Considered to be one of the world’s brightest young talents, the Dutch international was an in-demand player over the previous summer. Barcelona and Real Madrid were both reportedly interested in signing the midfielder, amongst others around Europe.

He burst onto the European scene during Ajax’s impressive Champions League run in 2019. A versatile midfielder with an eye for goal, he’s scored over 10 goals in his final three seasons with the Dutch club.

His transfer to United has added another attacking threat to the side, plus given competition to Rashford, Greenwood, Fernandes and Pogba. On paper, this could have been one of the signings of the summer, but his chances have been limited in a United shirt and instead has been considered as one of the flops of the season.

But is the player truly to blame for being considered a so-called flop? With only two Premier League starts this season, excuses can be made for the midfielder. It can’t be easy for any player to impress who’s been on the pitch for a minimal 311 minutes in the league.

On 12 occasions this season, he’s not made it onto the pitch whilst on the bench and has only completed 90 minutes once. Questions have been asked about the player’s future, with reports claiming Ole Gunnar Solskjaer did not want to sign the player and that van de Beek is looking for a return to Ajax.

But Ronald de Boer has rubbished these claims. The ex Ajax attacking midfielder, a player similar to van de Beek in many ways, both share the same agent. After speaking with Ajax and said agent, he’s stated there’s no truth in the player wanting to leave and that he feels loved by his new club.

However, situations change quickly in football, and if his game time continues to be limited, the midfielder may have to review his future. With a World Cup taking place in 2022, he’ll need to be a first-team regular somewhere in the world to earn a first-team place.

A not so promising start, for the midfielder who offered so much promise on arrival.