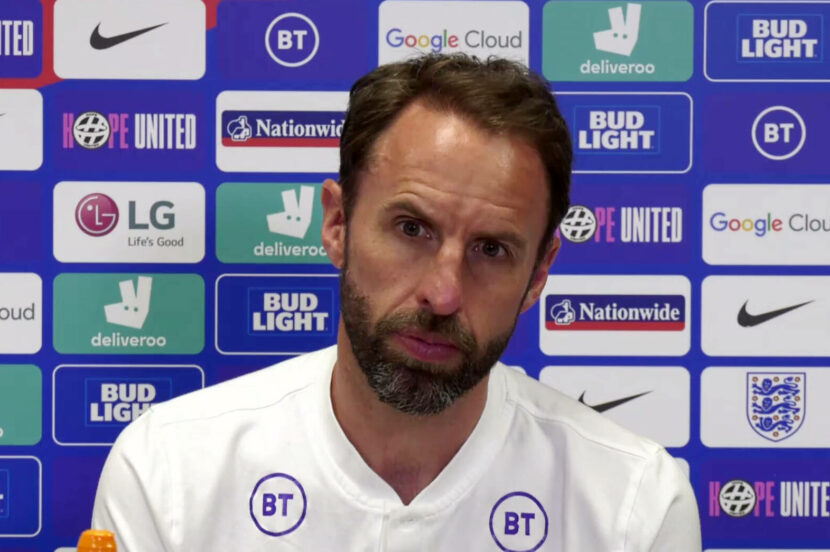 Though the trophy may not be, football certainly is as Wembley hosts several games of Euro 2020 including both semi-finals and the final.

Gareth Southgate’s men are among the favourites for the title this summer, driven by a plethora of exciting and young attacking talent.

While questions remain in defence, England have the quality to match anyone this summer if they can find a balanced starting XI.

The Three Lions rampaged through qualification Group A, scoring at least four goals in all but one of their eight games. A solitary loss in the Czech Republic and seven emphatic wins saw England qualify comfortably as group winners, with Harry Kane’s 12 goals the most of any player in qualifying. Kosovo, Montenegro and Bulgaria missed out on qualification, with the latter infamously embroiled in scenes of racist abuse during their home defeat by England.

One of the finest strikers in world football today, Harry Kane will captain the Three Lions and spearhead the attack this summer.

After a Premier League campaign in which he personally shone but Spurs disappointed, Kane will be hoping to bully opposition defences and lead his nation to glory.

Already sixth in the all-time list of English goal scorers with 34, Harry Kane’s quality is proven. 12 of those efforts came in qualifying – more than any other player – and included two hat-tricks.

One to Watch – Jude Bellingham

We’ve come to see a lot of the likes of Mason Mount, Phil Foden and Bukayo Saka in the Premier League over the last two years, but the rise of Borussia Dortmund’s Jude Bellingham has been meteoric.

12 months ago at age 16, Bellingham had just finished his first professional season with Birmingham City in the Championship. Few could’ve predicted he would make such an impact that he would travel to Euro 2020, but footballing maturity beyond his years and a sound technique have propelled the youngster to potential starter.

Unsurprisingly, a lot. Only three members of England’s 26-man squad are not currently on the books of a Premier League team – Kieran Trippier, Jude Bellingham and Jadon Sancho. Of those three, only Bellingham and Sancho are yet to make an appearance in the English top flight.