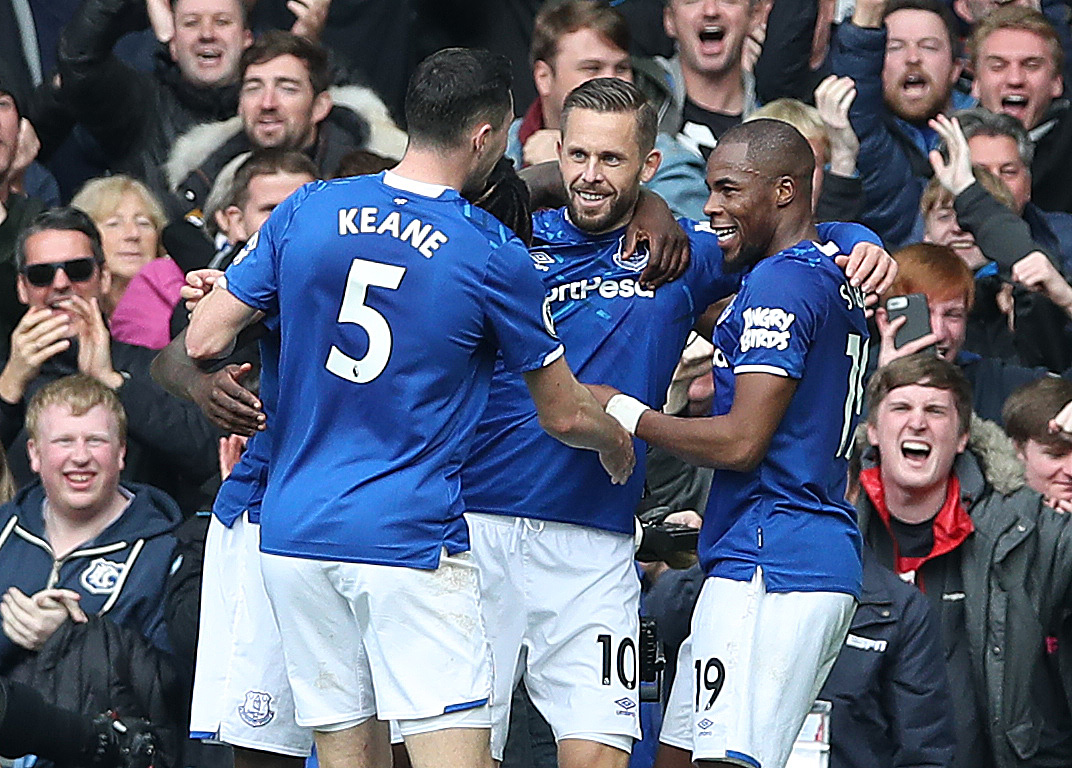 Goals from Bernard and Sigurdsson helped Everton to a crucial three points as the pressure was lifted on Marco Silva.

It was a timid performance from West Ham due to the high pressing tempo from the Toffees, and the game started brilliantly for them with Bernard squeezing the ball in past Roberto, who really should have done better.

The Everton fans were loving what they were seeing, from Mina’s brilliant night performance at the back to Andre Gomes’s flair in the midfield; however, the mood in the ground was slowly growing in tension as Everton failed to finish off their chances, due to some brilliant saves from Roberto.

Theo Walcott smashed the bar with a spectacular effort, and along with Alex Iwobi’s fantastic missed chance, many Everton fans thought that it simply wasn’t to be, until Sigurdsson was able to stick one in the top corner with just one minute to go.

It was a fabulous finish which removed all fears around the stadium, giving Everton all three points and allowing them to climb up the table.

A concerning performance for the Hammers will be underlined when they see they gave Everton their first clean sheet in two months and with Pickford not really having much to do except one excellent save in the second half, the pressure is now all on Manuel Pellegrini to turn it around over the Christmas break.

The urge to sign Andre Gomes in the summer from Everton fans is becoming more and more evident week in week out with more and more fantastic performances to add to his illustrious Everton career.

He dominated the midfield on Saturday, nullifying the threats of Noble and Rice as well as putting in a shift in both penalty boxes. It is evident that if Everton and Marco Silva are to turn things around, this man will be in the middle of things in terms of getting the ball rolling.

Following a great start to the season, it seems there are the same old problems for the Hammers, with a lack of consistency ultimately costing them and their league form.

The dream to qualify for Europe is still within reach, however too many times West Ham’s failure to take advantage of struggling teams has lost them their place in the top eight, and if things carry on like this, it seems they may fail again.

Is the pressure off Marco Silva?

With people starting to recognise the downside of Marco Silva’s fast fluid attacking football, many are beginning to question whether he is the man to take Everton forward, however despite a more assured display at the back, the questions still remain.

Despite winning by a two-goal cushion, Everton failed to kill the game off early, due to some good goal-keeping and the woodwork; but against the top sides with more clinical finishers, Everton would have lost that if they didn’t take their chances, therefore the pressure isn’t quite off Silva yet.

Man of the Match: Andre Gomes

As I said above, his dominance in the middle won the game for Everton, as he dictated the tempo of the play. Theo Walcott and Jordan Pickford were also brilliant for the Blues.

Everton travel to the South Coast to face Brighton whilst West Ham entertain Sheffield United at the London Stadium.