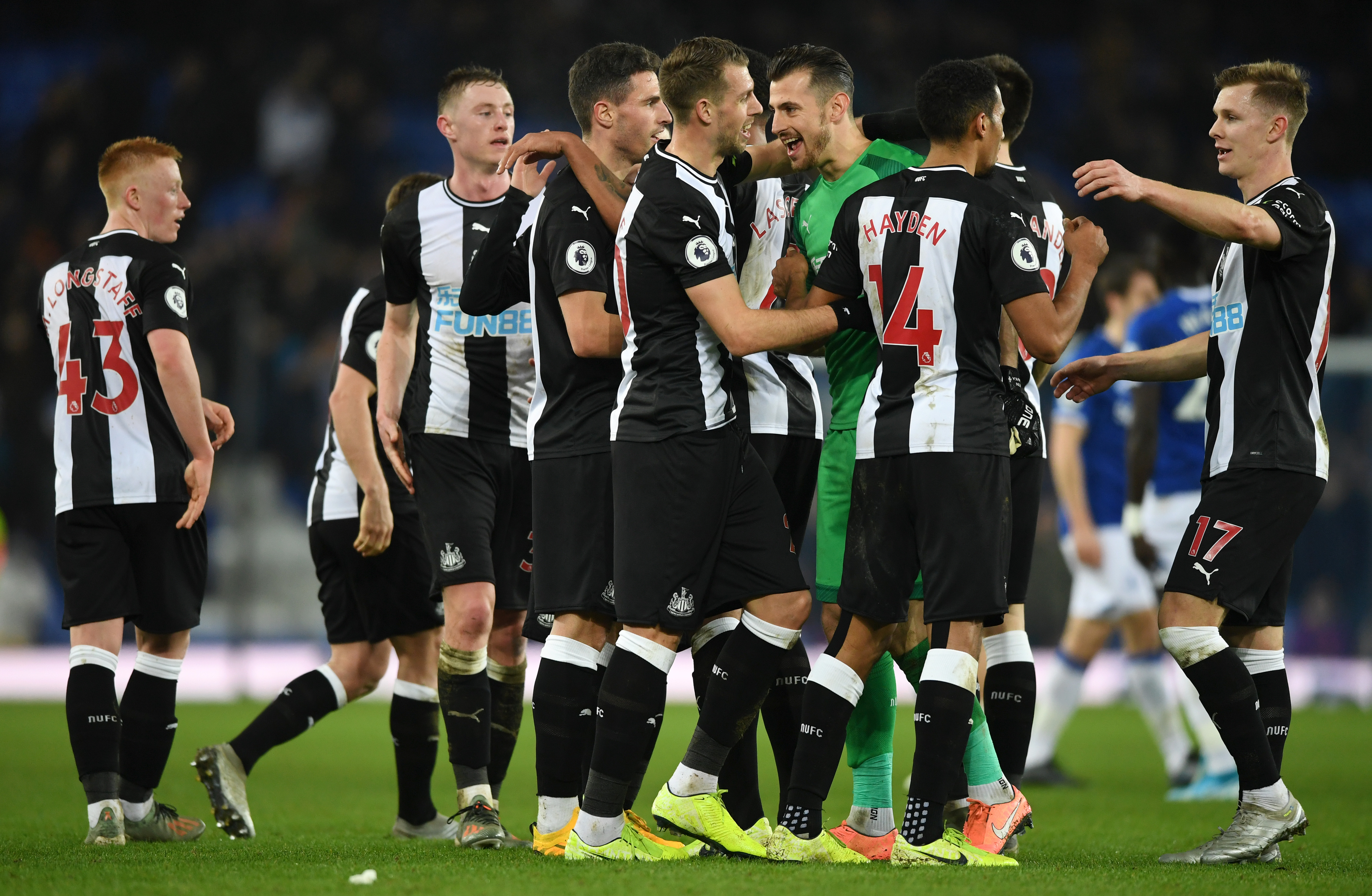 Goodison Park was left stunned at the full-time whistle as Carlo Ancelotti’s Everton threw away a comfortable 2-0 lead in five minutes of additional time.

The Toffees had started the better team and managed to keep Steve Bruce’s side penned in and create chances, with their best opportunity arriving on the 30 minute mark when Bernard flicked the ball over Newcastle’s back four which was latched onto by Moise Kean.

The striker’s touch took the ball behind him before he readjusted and struck a fine shot beyond the reach of Martin Dubravka to open his Everton account in front of a boisterous home crowd.

Ancelotti’s side then doubled their lead when Lucas Digne played a ball into Dominic Calvert-Lewin’s path who took one touch and curled the ball into Newcastle’s goal with a tidy left-footed finish.

The game looked all but over and was until the 92nd minute when Newcastle’s centre back Florian Lejeune capitalised on a corner. The cross was headed back across the goal before the Frenchman finished with an overhead kick.

A consolation surely? Certainly not. Trying to see the game out, Everton committed a foul on the halfway line. Everyone went forward and the ball was sent towards goal. After scrappy attempts at clearing the ball, Lejeune was in the right place again as his volleyed effort was ruled as a goal by goal-line technology.

The result keeps both teams in the bottom half of the table on 30 points with Everton squandering the chance to move into eighth.

The Magpies have been involved in a few relegation battles over the years but not since Rafael Benitez guided them back into the top-flight.

When Steve Bruce took charge there would understandably have been a sense of expectation that the Tyneside outfit would be involved in a fight for survival during the 2019/20 campaign.

However, after 24 fixtures they find themselves sitting seven points from the relegation zone whilst remaining undefeated in their last three league encounters.

This season should be seen as a success for Bruce who is proving doubters wrong after his dismissals at Sheffield Wednesday and Aston Villa.

His side are also improving under his guidance. The question is whether they will stay committed to his tactics over the next couple of seasons. They definitely seem to be committed and Wednesday night’s result will go some way to proving this.

Ancelotti goes close, but no cigar

There can be no doubting that Carlo Ancelotti is the man for the job at Goodison, but the result, and most importantly the manner the Toffees threw away their lead, will have been a hard one to take for the Italian.

Despite the dropped points, Ancelotti’s side played impressive football and they were the better attacking team as Calvert-Lewin and Kean impressed to display signs they are developing a promising partnership together at the spearhead of Everton’s attack.

The North-West outfit have had problems defensively all season but this result brought their composure and discipline into question on a different level.  This is something that Ancelotti will be looking to address as he bids to transform Everton’s domestic prospects in his first full season in charge during the 2020/21 campaign.

Moise Kean gets his goal

It took 22 appearances but Moise Kean finally got a goal he was desperate for to end his drought.

After some strong performances since Ancelotti took over, Kean repaid his manager’s faith with a composed first goal. The young Italian forward could not have enjoyed it more as he wheeled away in jubilation as Goodison erupted, and both the summer signing and his manager will be relieved and filled with promise that this could mark the start of a fruitful period on Merseyside after an uneasy start following the 19-year-old’s arrival from Juventus.

It is unfortunate that his goal will not be remembered very much after Newcastle’s late heroics but he will be hoping that his strike will be the catalyst for more to come after an understandable season of adaptation to the rigours of the English top-flight.

Alongside Calvert-Lewin, Kean could form a deadly partnership in attack, and placing the necessary faith and trust in the duo could represent Ancelotti’s best chance of attacking success as opposed to entering the transfer market yet again, as Farhad Moshiri and sporting director Marcel Brands seek to bring success to the Merseyside outfit whilst not breaking the bank, after reporting losses of £111.8m for the previous operating year earlier this month.

Man of the Match – Florian Lejeune

Everton were by far the better team and plenty of players impressed but two late goals from Lejeune to rescue a point for his team outshines any other performance. A brace in the dying embers of the game was a vital contribution from the Frenchman, as Newcastle edge ever nearer to the realms of Premier League safety in Bruce’s first season on Tyneside.