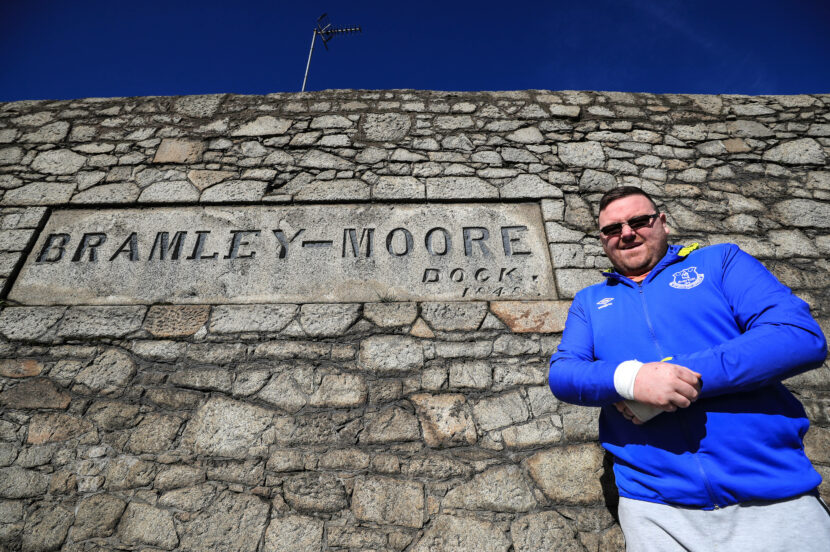 A picturesque waterfront setting on the Liverpool coast is the destined home for Everton’s new playing dock.

The hope is that the first game of Everton’s 2024/25 season will feature at the club’s new stadium at the Bramley-Moore Dock after a 200-year lease was agreed for the land with Peel Holdings back in 2017 and plans were approved just last week. This will bring an end to the life-span of one of England’s oldest footballing grounds, Goodison Park, which Everton have called home since 1892.

The money to build this 52,888-seat stadium has come from majority investor, Farhad Moshiri. The 65-year-old owns a humble 77.2% of Everton Football Club and has, up to this point, invested £400 million into the club since he bought into it towards the end of 2016.

He has led the club to much success off the field. It is off the field, rather than on it, where Everton have had an impressive couple of years. From signing Champions League-winning manager, Carlo Ancelotti, to acquiring undeniably, much-sought-after talent in James Rodriguez and Richarlison, they have progressed well. The new stadium presents as another opportunity for the club to continue this promising upwards trajectory.

Although, as recent examples suggest, a state-of-the-art, modernised stadium is not the ticket to the “big six” dinner, as Sunderland envisioned it would be. A mere 20-years ago, a stadium that could hold just less than 50, 000 loyal fans was erected, yet the Black Cats have lost their way all the way to League One.

Thus, Moshiri and Everton may well hope to use Tottenham as an example, a club that has usurped them into the ‘big club’ echelon in England’s top flight, a status Everton once boasted. Tottenham’s own world-class light show stadium facilitated new funding and advertisement opportunities that culminated in a currently blossoming partnership with the NFL.

Along with these significant investment plans for significant monetary return, Moshiri and Everton have promised a much-needed injection of cash into the economy, especially in the wake of the COVID-19 pandemic.

An Everton statement read: “It is estimated that the stadium development and plans for a Goodison Legacy will deliver a £1.3bn boost to the economy, create more than 15,000 jobs and attract 1.4m new visitors to the city.”

Everton have been left behind, lacking the funds to compete with the more modern clubs, such as Manchester City and Chelsea, but it is hoped this stadium will bring forth new change. Since the 1980s, the Toffees have lacked the ability on and off the field to pose any threat to the Premier League title.

However, with Ancelotti at the helm, Bramley-Moore Dock is set to begin Everton’s broadway career. They have the international stars, the adoring fan-base and now the financial backing to do just that. In less than a decade, the quantity of the “big six” could be increasing.