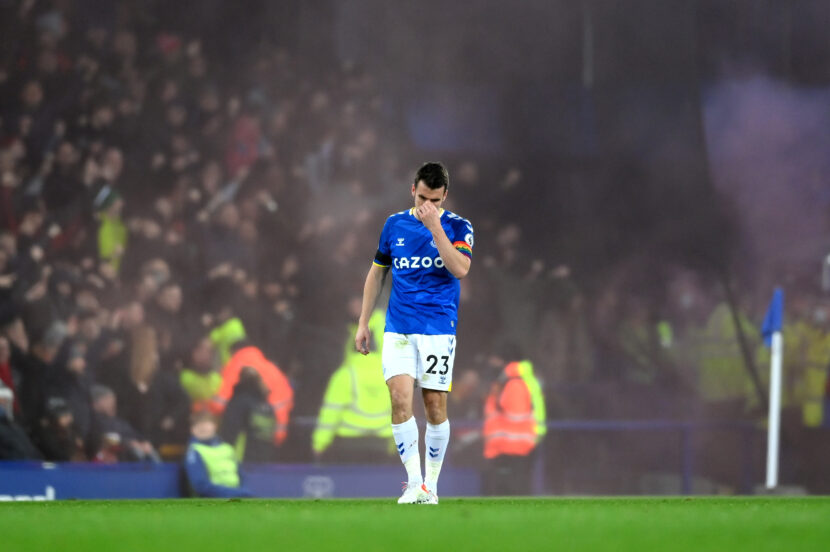 Arsenal will look to get their top four ambition back on track as they travel to face an Everton side without a win in eight.

Both Everton and Arsenal will look to put right their respective results from midweek, with both sides losing to rivals. Everton’s poor form continued with a 4-1 loss to neighbours Liverpool in the Merseyside derby, whilst a close defeat to Manchester United hampered Arsenal’s push for the top four.

The Rafa Benitez tenure at Everton continues to spiral into chaos. Benitez’s side were handed their seventh defeat of the season in midweek, suffering an embarrassing thumping by local rivals Liverpool. The Merseyside club enters this game week in 14th, five points above relegation, with one of the worst form records in the league. Without a win since late September, Benitez must begin to turn results around, as his job is very much on the line. Having started life at Everton on thin ice due to his managerial success at Liverpool, the Spanish manager has now lost support from the vast majority of fans, with both results and performances lacking inspiration and showing no sign of improvement.

Whilst Benitez has struggled to get his Everton side going; not all the blame can be placed on his shoulders. Everton’s poor recruitment over the past five years is now catching up to them, with their better players either sold or past their prime. This, partnered with an injury crisis ruling out some of the Toffee’s best players for significant periods of the season, has left the Merseyside club in a more than difficult position battling to remain above the relegation places. While fans may have been calling for Benitez’s head on Wednesday night, many let their feelings be known towards the ownership. With a 27th minute protest against the board planned for the Arsenal tie, the Everton faithful can only hope that their uprising won’t fall on deaf ears, and the board will make a change.

Looking forward to their fixture against Arsenal, it isn’t looking likely that Everton will be able to pick up points against an Arsenal side who have found their feet in recent months. With key injuries to the likes of Dominic Calvert-Lewin still preventing them from playing their strongest XI, it could be a rough afternoon, as Arsenal will look to redeem themselves following their loss in midweek. Benitez will have to pull off a managerial masterpiece or hope for luck to run their way if he is to beat his Spanish counterpart in Arteta.

Having gone through their own crisis at the beginning of the season, things were on the up for Arteta’s Arsenal side. However, they suffered a blow to their top-four hopes with defeat to Manchester United. Many would class the loss as disappointing; as Arteta rightly mentioned, these are the kind of games his side needs to win to secure their top-four target come the end of the season. However, despite the result not being what Arsenal were looking for, their performance expressed the development they’ve made since the beginning of the campaign, arguably deserving to win the United tie based on the match stats.

Arsenal’s game management has improved this term, particularly against the league’s lower sides. Since their early struggles, the Gunners have come back strongly, losing only twice in their last eleven, to Liverpool and Manchester United. Arsenal have fared well against the sides below them, with their loss against Brentford being the only notable shock defeat on their record this campaign. Whilst Arteta’s side are yet to put their long-standing ‘big six’ woes behind them, their season is back on track, and their form of late suggests they should be able to secure a result against an out of sorts Everton side.

The game may present an opportunity for Arteta to experiment with his starting XI. Buyako Saka’s return to the matchday squad in midweek is a sign that he will most likely start on Monday, meaning Gabriel Martinelli’s spell in the side could be over. The Spanish manager would have to drop either Martinelli or the out-of-form Pierre-Emerick Aubamyang to accommodate Saka; however, being the club’s current captain, Aubamyang is unlikely to be dropped despite his struggles in front of goal.

Bukayo Saka is expected to return. Emile Smith Rowe is a doubt following discomfort against Manchester United. Sead Kolasinac and Granit Xhaka both remain unavailable. Kieran Tierney could return to the starting XI.

Everton’s poor form under Benitez shows no signs of improvement, and with morale at an all-time low following the Liverpool defeat, it could be Benitez’s last game in charge of the Toffees. Arteta will look to set right the disappointment of midweek and has the perfect opportunity to do so against a struggling Everton side.