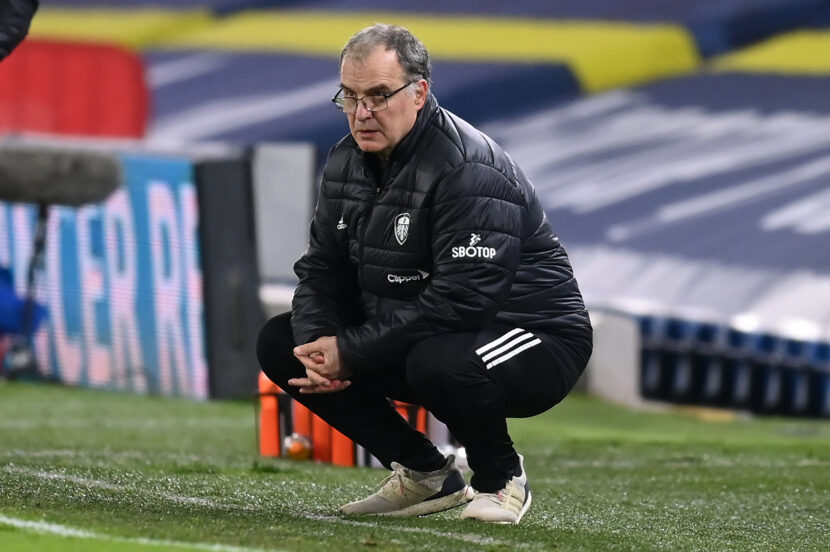 The Toffees host Leeds United in the late kick-off at Goodison Park as they continue to strive for a European finish this season.

Everton come into this fixture in high spirits following their away win to Fulham last week. Dominic Calvert-Lewin scored a crucial first-half brace which was rounded off by Abdoulaye Doucoure, who scored Everton’s winner in the 3-2 victory. Leeds United will also be spurred on following their result last week after they held Arsenal to a 0-0 draw, keeping their third clean sheet of the season and moving into 14th place.

This week poses a similar challenge to last week for the Toffees. It’s not often you get to play back-to-back games against newly-promoted teams and so far, Everton have scored eight goals against the other two promoted sides. Carlo Ancelotti’s side thumped West Brom 5-2 in a resounding victory earlier in the season – three of those goals came from the league’s leading goal scorer, Dominic Calvert-Lewin.

Calvert-Lewin has been on fire recently, to say the least. The Englishman has scored 10 goals in just nine games for the Toffees and doesn’t look like stopping anytime soon. Not only has he been in fine form for Everton but scoring on his England debut must have given him bundles of confidence going into this season. The Leeds defence will have their work cut out on Saturday trying to contain Calvert-Lewin, but he will be supported by the likes of James Rodriguez and Richarlison – making defending even harder.

Leeds United have been poor defensively this season, conceding 17 goals in just nine games. This Saturday’s clash against Everton could spell danger for Marcelo Bielsa’s side, who have not won in three games and are drifting ever closer to the bottom three.

Ancelotti will likely use the same 3-4-3 formation used at Fulham last week to enable his wing-backs to get tighter to Leeds danger men – Jack Harrison and Helder Costa. Bielsa likes to overload the wide areas to pressurise the opposition full-back, so Ancelotti will be keen to minimise ball losses.

Interestingly, James Rodriguez’s errors from a right-wing position have led directly to four opposition goals this season, which is why changing to 3-4-3 offers more protection.  The wings will be where the game is won or lost, as it would enable Leeds to break down Everton.

Leeds have had a poor record against back threes so far this season, losing to both Wolves and Leicester City. Last week’s victory against Fulham saw yet another Dominic Calvert-Lewin masterclass and the young striker credited the new formation as a reason for Everton’s improved crossing – both of his goals came from crosses.

Left-back Lucas Digne is out for up to three months with an ankle injury which will give Carlo Ancelotti a decision to make ahead of the visit of Leeds. Last week the manager used a wing-back system and utilising the inexperienced Niels Nkounkou could may be his only option again this week.

Right-back Seamus Coleman is still not fit as he is suffering with a hamstring injury. Long-time absentee Jean-Philippe Gbamin remains a couple of weeks away from being in contention as he is still recovering from an Achilles injury which has kept him out for most games this season.

Marcelo Bielsa is expected to choose an unchanged squad, with no fresh injury concerns following last week’s goalless home draw against Arsenal. Midfielder Pablo Hernandez remains sidelined with a muscle strain and defender Diego Llorente is still not too far away from making his club debut. Also, in midfield, Jamie Shackleton is still out with a thigh injury.

Leeds record signing Rodrigo is pushing for a recall to the starting line-up after recovering from coronavirus.

I think Leeds will make this a tough game for Everton as they did last week for the Gunners. Leeds have shown at times this season that they are here to stay, and think they’ll get on the score sheet. The problem occurs when they are defending, and I can’t see them keeping out this talented Everton attack. Could be a close game, but I think Ancelotti’s side will prevail.