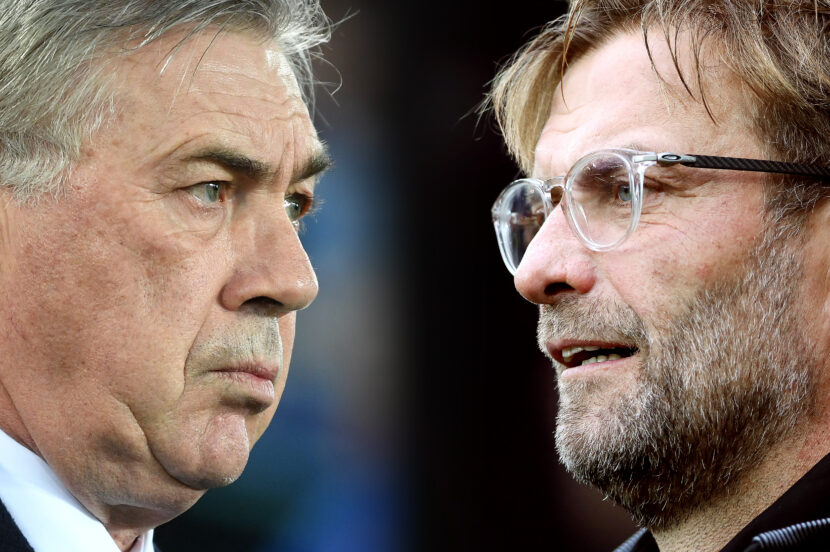 Everton host Liverpool this weekend in one of the most eagerly anticipated Merseyside derbies in recent times. The perfect game to welcome back the Premier League after the international break.

The hosts have started the season on fire under Carlo Ancelotti. Inspired by a new-look midfield and the red-hot form of Dominic Calvert-Lewin, Everton find themselves at the top of the table with four wins from their opening four games. Liverpool were also three from three before their last outing, a 7-2 mauling by Aston Villa. The scary thing for Jurgen Klopp and his charges is that the scoreline flattered them – Villa could have got into double figures. However, with Sadio Mane and Thiago both likely to feature after recovering from positive Covid-19 tests, Klopp will be hopeful they can inspire the Reds to victory.

The summer arrival of James Rodriguez has lifted the Toffees to another level this season. Midfielders Abdoulaye Doucoure and Allan have both started well, but the Colombian looks every inch of the player that lit up the footballing world in the 2014 World Cup. With three goals and two assists in his first four league games, Rodriguez has already formed a lethal partnership with Richarlison and Calvert-Lewin. His arrival is one of the main reasons Calvert-Lewin finds himself at the top of the scoring charts with six goals. Defensively, they have still had issues, having failed to register a clean sheet so far this season.

After the first three games with their title rivals stuttering and their dominant victories over Arsenal and Chelsea, many people thought it was Liverpool’s title to lose. Now, after one of the most shocking results in recent times, fresh doubt about the Reds have arisen. Alisson is set to miss the next five or six games through injury, and Adrian deputising is a major downgrade. Joe Gomez and Trent Alexander-Arnold have looked shaky at the back, and even the usually infallible Virgil van Dijk is showing signs of weakness. Roberto Firmino is in the worst scoring run of his Liverpool career and Klopp still doesn’t know what his best midfield is. However, this is still a Liverpool team littered with world-class players, one result does not change that. Perhaps a game against their bitter rivals is the perfect antidote.

Despite Liverpool’s excellent form in recent seasons, Goodison Park has not always been a happy hunting ground for them. Seven of the last eight Merseyside derbies have ended in draws, with goals usually few and far between. Neutrals will be hoping for a more exciting outcome this time around.

Everton have a few fresh injury doubts following the international break. Yerry Mina and Lucas Digne will have late fitness tests. Should Mina miss out, it would pave the way for Ben Godfrey to make his debut for the Blues. Seamus Coleman was at risk of missing out, but the stalwart defender looks set to start.

Liverpool remain without Alisson and Alex Oxlade-Chamberlain, with Adrian to start between the sticks. Joel Matip could return, but it looks unlikely that the back four will change from the team that got thrashed by Villa. Diogo Jota scored a brace for Portugal during the international break, but will probably have to settle for a place on the bench. The real selection headache comes in midfield for Klopp. Fabinho and Henderson will likely start, with the final place going to either Gini Wijnaldum or Thiago.

Given the fact that Merseyside derbies at Goodison have become a case of neither side wanting to lose, I expect the pattern of draws to continue. With both sides showing signs of weakness in defence, goals could be on the menu, but it would break the mould of recent times. On paper, it should be an exciting game with goals aplenty as two struggling defences take on two imposing attacking forces. Let’s hope so.