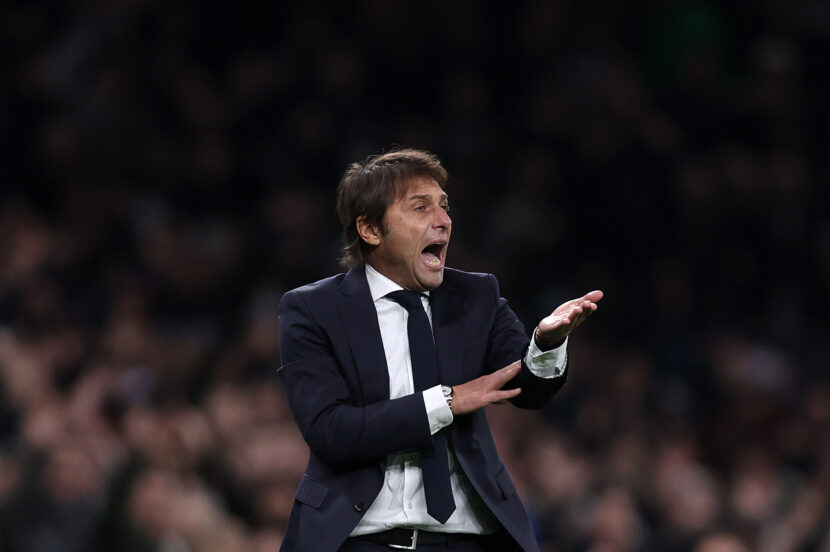 Spurs travel to Everton after a twist of events sees Antonio Conte back in London.

Rafael Benitez’s Everton have problems stemming from multiple causes, but defending set pieces has proved the most costly, with the Toffees again conceding from a corner last weekend against Wolves. The fact that Spurs have scored only one goal from set pieces is a welcome bit of intel as far as Everton are concerned, but under a new manager Tottenham may be better set up to exploit these weaknesses than they previously were.

You could suggest that the aftershocks of a demolition at the hands of Claudio Ranieri’s Watford is still being felt, and that the plethora of absentees in Tyneside has made the situation worse than it ought to be. However, it’s expected that the injury list won’t get much smaller until the end of the month, and Benitez needs to find a solution or is increasingly likely to suffer a chain of heavy defeats against extremely threatening opposition in the upcoming fixtures.

Everton’s last couple of managerial appointments have been high-pedigree, but this is seemingly not having the effect the board hoped. Carlo Ancelotti was barely able to keep the Toffees in the top half of the table, while Benitez’s Everton are currently sitting in the same position ten games in. Meanwhile, previous manager Marco Silva’s Fulham are scoring for fun in the Championship, thrashing Blackburn 7-0 last weekend. However, although there must be some pressure on Rafa, the managerial position on Tyneside is not quite at stake yet. The same could not be said for Tottenham it seems.

A chorus of booing reverberated around the Tottenham Hotspur Stadium on multiple occasions last weekend. Obviously the final whistle cementing a 3-0 defeat against a team who had previously lost by five was the most significant of these ensembles, despite the fact that half of the Spurs fans in the arena had already headed home. The fans made their desires evident – they wanted Nuno Espirito Santo out.

One of the other poignant sessions of booing came when Lucas Moura was substituted early in the second half, despite being possibly the most energetic player on the pitch from either team. This felt like the turning point for the fans, some of whom thereafter began chanting “you don’t know what you’re doing” at the Tottenham manager. It was a ridiculous decision to make when your team is 1-0 down, and it set the tone for an effortless end to the game. Tottenham failed to register a shot on target in the entire match, and that doesn’t come as a surprise to anyone watching.

So ex-Chelsea boss Antonio Conte is the apparent answer to these woes and, following the Italian’s first taste of the Europa Conference League on Thursday night, the turbulent nature of Tottenham’s games these days was exhibited perfectly to the new manager. A 3-0 lead cut to 3-2, on top of three red cards across both teams, lead eventually to a victory in Conte’s first game. The stern manager will not be pleased with a great deal from the match, but has had just two days to mend the issues he witnessed.

Dominic Calvert-Lewin is one of many Everton absentees, the English striker still suffering from a serious injury which could keep him out for a few weeks.

Abdoulaye Doucoure is also out with a foot injury, but is hopeful for a return after the international break.

Lucas Digne missed last week’s action against Wolves with muscle issues, but is likely to recover in time for Sunday’s game.

Andre Gomes and Yerry Mina both remain sidelined with their respective injuries.

As for Tottenham, Bryan Gil remains the only doubt to feature this weekend. The Spaniard continues to recover from a hamstring injury.

With Antonio Conte taking charge of a highly disgruntled squad, it’s hard to see a significant upturn in the Lilywhite’s fortunes. But, with Everton by no means in an ideal state, this one could go either way.