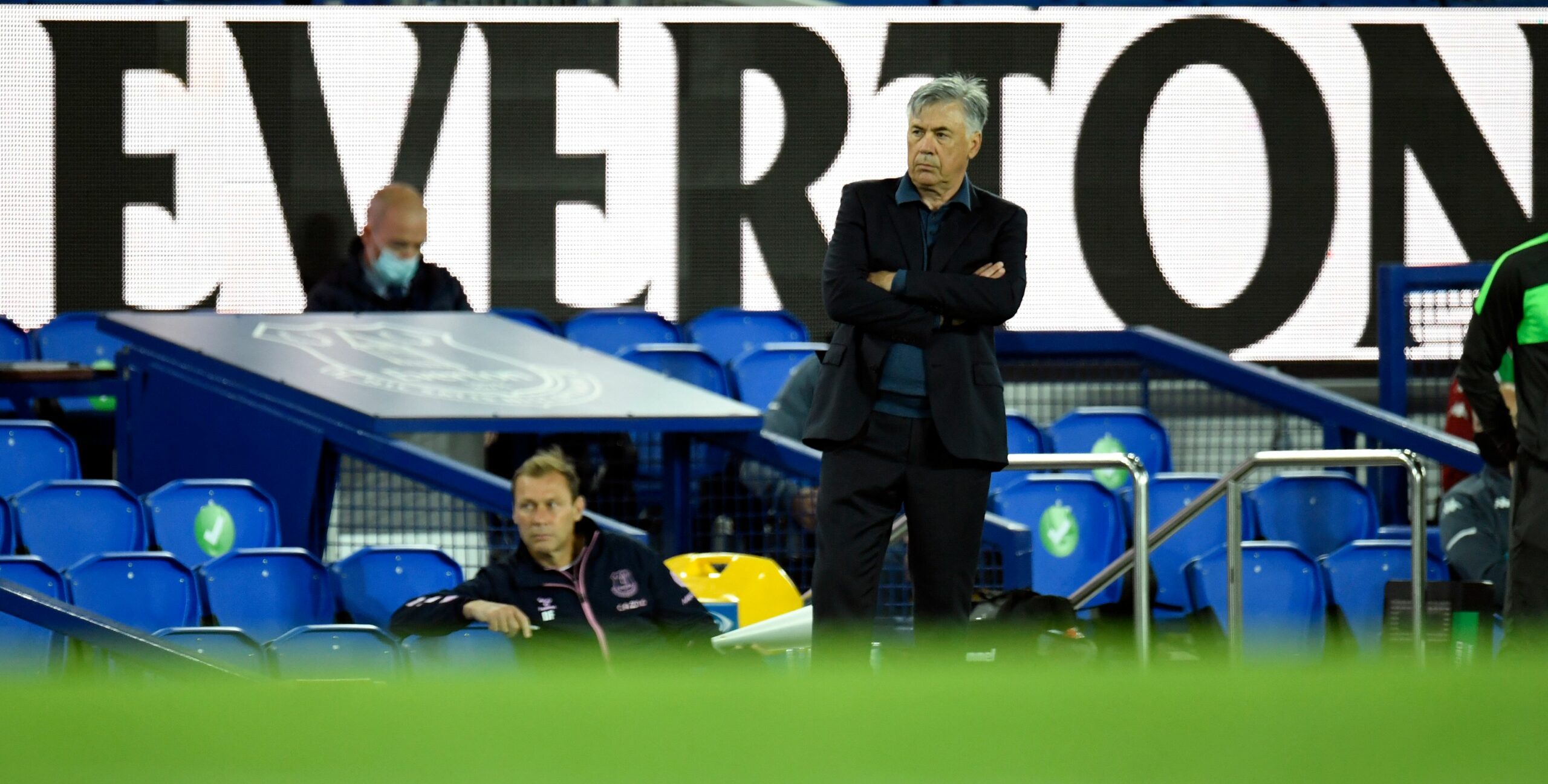 By Will ChattellEvertonPreviewRecentWest Bromwich Albion | 18 September, 2020

Carlo Ancelotti’s exciting Everton side take on the newly-promoted Baggies this weekend as they look to continue their impressive start to the Premier League season.

Last week Everton ignited their 20/21 season with a flawless 1-0 win against Tottenham Hotspur. The Toffees controlled the game, created many more chances and looked comfortable throughout the 90 minutes, totally unfazed by their ‘superior’ opponents. The 1-0 win granted them three points but Ancelotti will be hoping for more goals this week as they welcome newcomers West Brom.

West Brom were less impressive on their return to the Premier League last weekend. Slaven Bilić’s side held out until the 54th minute when Timothy Castagne headed in the opening goal; only minutes later Jamie Vardy smashed home two penalties to wrap up a pretty disappointing 3-0 loss. For West Brom, it was a brutal reminder of the uphill battle they face trying to stay in the top flight.

This weekends game is also a tough one and Bilić will need his players to be more creative than last week if they are to break down a stubborn Everton. Ancelotti’s men have made some fantastic signings of late and their team seems to be gelling together really well; most notably James Rodriguez, a player of significant reputation and probably Everton’s most prolific signing of all time. Rodriguez looked brilliant against Spurs, full of creativity and flair, and faced against a newly promoted side, he could really excel into a class of his own.

In addition to the impressive Colombian, new signings Doucouré and Allan were a great partnership in midfield. The pair were pretty resolute in the centre of the park, intercepting balls and winning the majority of their individual battles. With these two signings, Ancelotti has significantly bolstered the core of his side, making them a lot harder to break down – something that Everton needed to improve on. Last season they kept just nine clean sheets, but they have started this season on the right foot, keeping out Spurs with ease.

West Brom finished second in the Championship last year, scoring the same amount of goals as the winners Leeds United. But the Baggies seemed to be goal-shy last week, only registering one shot on target in comparison to Leicester’s seven. Early warning signs for Bilić as when Albion went down three seasons ago, their measly 31 goals was one of the major reasons for their descent.

The Baggies will turn to their three new attackers Pereira, Grady Diangana and Callum Robinson for goals this season – but only Pereira went close to getting on the score sheet against Leicester. Everton weren’t the best defensively last season, so West Brom should remain optimistic about scoring the first goal of their campaign this weekend.

If Bilić’s side are to take any points away from Goodison on Saturday they must improve defensively. Everton did leave some gaps in defence last week, so it is vital that the Baggies take their chances when they come, to prevent losing their first two games of the season.

Everton will likely line up unchanged from last week with Ancelotti using his preferred 4-3-3 formation, making use of new signings with James Rodriguez on the left of the front three with Allan and Doucoure in the centre of the park.

Holgate, Tosun and Gbamin are all nursing long term injuries and won’t play a part of this weekend’s clash. Fabian Delph could make an appearance off the bench as he has lacked match fitness after recovering from an injury. But he will find tough competition for a start with Ancelotti’s new men coming in. Defender, Jarrad Branthwaite is also unlikely to make the bench on Saturday as he is still recovering from a pre-season knock.

The Baggies will also likely lineup unchanged, with no new injuries following their first game of the season.

Their only absentee is striker Kenneth Zohore, who is sidelined with a calf injury. Midfielder Jonathan Leko is not available for selection after joining Birmingham City on a permanent deal. Albion will line up in a 3-4-3 formation, similarly to last week, which could see plenty of goals at both ends on Saturday.

Everton looked superb against Spurs, and I predict they’ll have a very good season, pushing for that top-six finish. I think 1-0 didn’t justify the performance they put on last week and it was a let-off for Spurs who could have easily lost 3-0 on the day. With that said, it was just one game, but if the Toffees can harness this momentum, they could be going places this season. West Brom looked short of confidence, and against a better attacking side this week, they could be in for a really miserable opening few games. I think both sides will score, but Everton will create far more chances and come away with the three points.