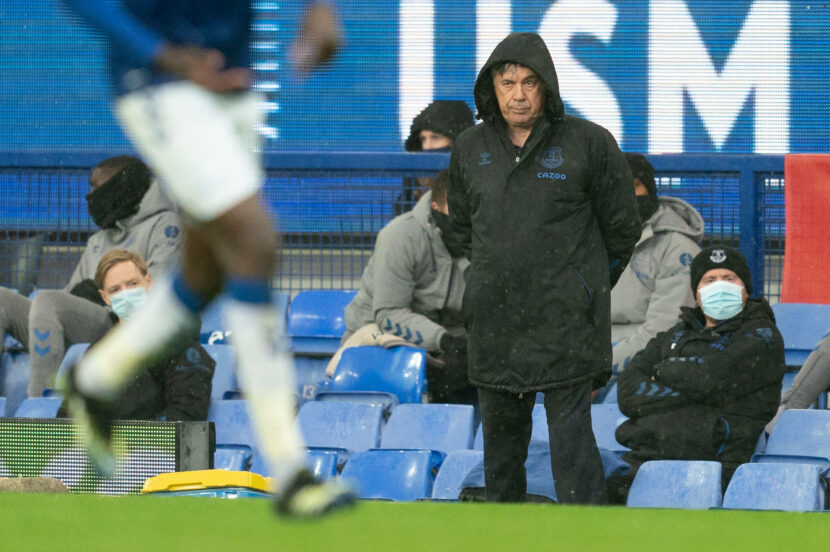 Everton host fellow European hopefuls Wolves, as both sides look to play out their remaining fixtures with a fresh start in 2021/22 in mind. Everton sit in 8th before the round of fixtures starts, whilst Wolves sit in 12th. Neither side managing to achieve their expectations set at the beginning of the season.

Last time out, Everton suffered an embarrassing home defeat to bottom club Sheffield United, as the Toffees delivered their worst home points return since the 93/94 season. Teenager Daniel Jebbison became the youngest player to score on his full debut in the Premier League, sliding home United’s winner in the seventh minute. With their European hopes again yet to be realised, questions must be asked as to where Ancelotti’s side has gone wrong and how they can turn it around next season.

As touched upon, Everton have delivered their worst home points return in 25 years, suffering nine defeats in the process. This home form is a key reason why the Toffees have yet again failed to secure European football, which looked all but certain after their lightning start to the season back in September. The Merseyside outfit led the table after the first few rounds, with many touting James Rodriguez as the signing of the season and Dominic Calvert-Lewin to be the competition’s top scorer come May. Now, with 6,500 Evertonians set to attend their Wolves fixture on Wednesday, there is nowhere to hide for Ancelotti’s men.

It’s hard to find a single area where Everton must improve next season to secure European football. This year, we’ve seen that the league’s unpredictability was a perfect opportunity for a mid-table side to secure a European spot, with the likes of Liverpool, Spurs and Arsenal all suffering substandard campaigns. Ancelotti hinted at a continuation in investment as the solution to the Toffees’ poor home form. With an improvement in games against the lower table sides, Everton could see themselves in a more competitive position come this time next year. As for now, a victory against an equally disappointing Wolves side would build momentum for a strong start next season.

Wolves enter the tie off the back of their worst season in the Premier League since their return. Having come seventh in both 18/19, and 19/20, the West Midlands side can finish at best in 11th this year. Some may blame it on a lack of transfer activity or a gruelling schedule over the past two seasons; however, the fact of the matter is Wolves have failed to achieve their European ambitions after being so successful with them in recent years.

Last time out, Wolves lost 2-0 away at Tottenham Hotspur, showing little fight in the process. Harry Kane and Pierre-Emile Hojbjerg sealed Wolves’ fate with goals on either side of half-time; however it could’ve been a lot more for the north London side. Wolves’ lack of execution in the final third highlighted again their reliance on Raul Jimenez, who has been injured for the majority of the season following a scary skull injury in 2020. Wolves’ inability to replace the Mexican’s output is a major contributing factor to their unsuccessful season, and his return cannot come soon enough for the struggling side.

With a fitter squad and a much-needed rest period over the summer, Wolves could return to their former strength come next September. However, it’s glaringly obvious that, like Everton, if they want to compete for Europe again, reinforcements must be made. With the likes of Joao Moutinho starting to show his age, and Leander Dendoncker a way off his best, a high-quality midfield signing wouldn’t go amiss at Molineux. As for now, if Wolves can pick up points against both Everton and Manchester United in their final two games, it’ll give the squad confidence that they can compete for the top six next season.

Willy Boly and Fernando Marcal could return following a return to training last week. Raul Jimenez continues his recovery and could feature again next season.

With neither side in great form, this could finish in a stalemate, with neither team scoring. Everton’s poor home form could continue, whilst Wolves’ lack of composure in the final third could prevent them from coming away with three points.