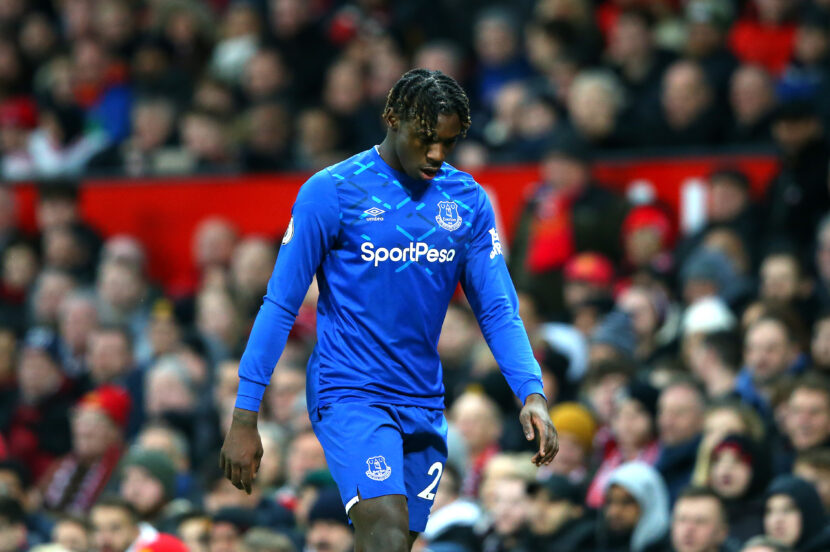 Carlo Ancelotti has transformed the mood at Goodison Park since arriving and guided them safely away from the relegation zone towards the Premier League’s European places. One man who will be particularly grateful is Everton’s Director of Football, Marcel Brands, who shortly after the Italian’s appointment had to address a group of angry fans outside the club’s training ground. Ancelotti has praised Brands saying: “The fact he wants to know everything about the players, I think is good because everyone can see the technical ability of a player, but it is difficult to know the real character.”

“This is one of the most important parts when you recruit a player. The fact Marcel has this kind of ability is important for the club,” the Italian added. However, one recent signing, in particular, must have slipped the Italian’s mind while lauding his colleague, as Brands was integral to attracting Moise Kean, rated £28.8m (Transfermarkt), to Goodison Park.

Since arriving in the summer from Italian champions Juventus, where he had impressed in the latter half of the last term, he has struggled to replicate the same form, taking 18 Premier League games to find the back of the net.

Furthermore, Kean has offered little to his teammates this term, providing a meagre two top-flight assists for a truly impotent attacking output. As per WhoScored, the teenage striker’s number of shots per game in the league have dropped in each of the past three seasons, from 1.8 with Verona, to 1.5 at Juventus and now 1.2 in his debut campaign at Goodison Park. Furthermore, the 19-year-old is completing 0.6 fewer dribbles per game than he was while with Verona in Serie A.

Additional evidence that the teenage sensation has been a disaster in his time in the Premier League comes in the form of having averaged a minuscule 5.2 passes per game, the lowest of any league campaign where he has made at least five starts. Having failed to find the back of the net as frequently as previously in his brief career, it is challenging to suggest Everton’s £27.5m outlay on Kean has been anything but a disaster so far.