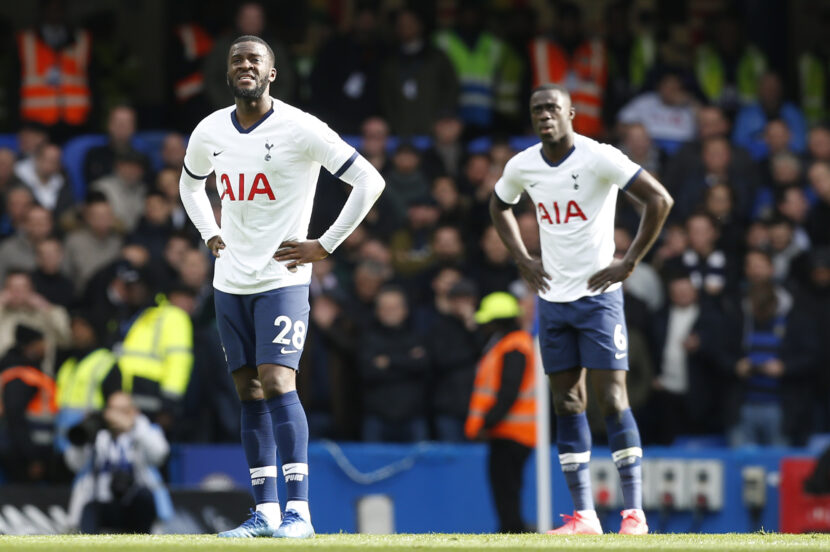 Jose Mourinho has never shied away from dishing out criticism publicly when he has felt it necessary. Perhaps the first time anyone in England experienced this was when the Portuguese boss lamented England star Joe Cole during his first tenure with Chelsea back in 2004. The Blues winger had scored the winner against Liverpool, but Mourinho did not hold back post-match accusing Cole of switching off after he scored.

The latest player on the beating end of Mourinho’s stick has been Tanguy Ndombele, with the Spurs manager calling the Frenchman out for his injury record. Cole has issued some stern words of advice on how the 23-year-old central midfielder can get his manager off his back.

Speaking to PA Sport, via talkSPORT, the 56 cap England international said: “When it happened to me it was not a problem. It is a grown up’s sport. If you don’t play well or you don’t do what you are supposed to do, whether you expect to get criticised publicly or not, you need to be tough.

“He’s a young man, the right response is to knuckle down and perform,” added the former Chelsea winger.

Ndombele arrived at Spurs with a lot of expectation given he was their record arrival at £53.8m. Unfortunately, the Frenchman is yet to have the desired effect at the Tottenham Hotspur Stadium, especially since Mourinho took charge and he has started just five games since the Portuguese boss’ arrival. His manager has blamed that on the player’s fitness and put the 23-year-old on a specific training regimen. Still, it is yet to bear fruit in the way of improved performances, having not scored a match rating of seven or above since Spurs beat Manchester City in early February.

Cole suffered the exact same treatment and got through the public criticism to enjoy success with Chelsea, winning three Premier League titles, along with a trio of FA Cup victories.

Ndombele would be wise to listen to Cole’s advice, knuckle down with the task at hand. Should he fail to do so, as Luke Shaw found out, Mourinho will not hesitate to let his opinion be known publicly repeatedly. If the 23-year-old wants positive media airtime from his manager, he must learn to play through the pain or the Portuguese coach will remain ominously watching out for his next opportunity to slate the starlet.