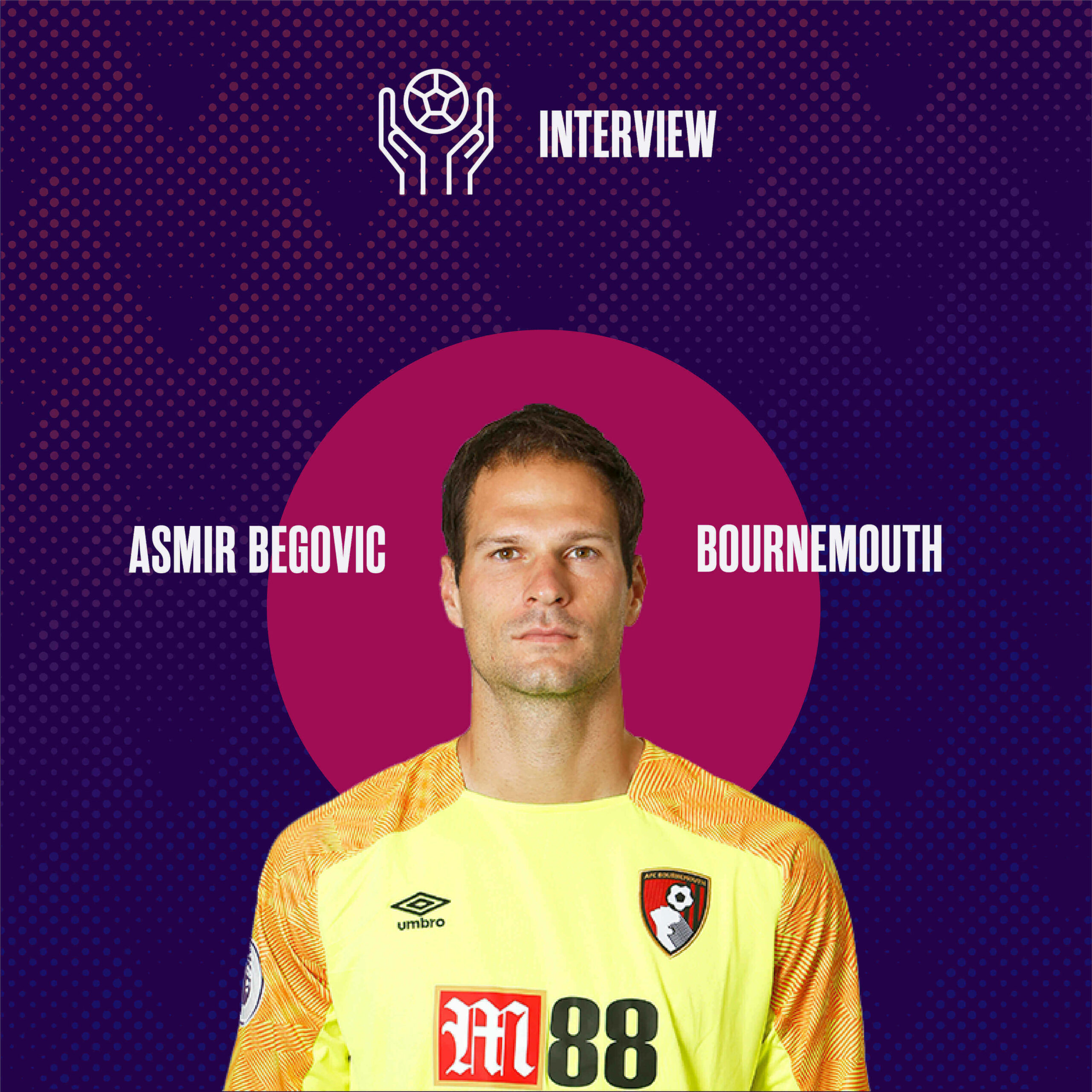 It’s a well-known adage that testing times can “make or break” an individual, and throughout football, it remains an applicable premise.

For Asmir Begovic, the Bosnia and Bournemouth shot-stopper with 61 caps for his country and 250 Premier League appearances, it wasn’t always so straightforward.

The ascent of a keeper with the 12th highest number of Premier League clean-sheets in history started with the testing times that required patience and perseverance, unquestionably contributing to the formation of a player that has proven himself to be amongst the very best; both domestically and on the stage of international football.

“They were crucial for my development, both on the field and off it as a person”, says Begovic, 31, on his early loan moves to the likes of Yeovil, Macclesfield and Ipswich in the lower tiers of English football whilst at Portsmouth. “You learn a lot about yourself, travelling, mixing with different groups and teams; they were highly beneficial for myself, my development and my career”.

Begovic’s time at Portsmouth came to an end when Stoke City acquired the Bosnian’s services in a reported £3.25m deal in the summer of 2010. He was viewed as a highly-rated 22-year-old prospect, and amidst all of Stoke’s transfer business across the last decade, few deals stand out as offering stronger value in the club’s consolidation as a Premier League side for over nine seasons.

Begovic describes his time in the Potteries as a “hugely successful five and a half years”, as Stoke secured consecutive 9th placed finishes in his last two years with the club. Indeed, as the Bosnian says himself, his success under Mark Hughes at the Britannia “helped to pave the way for what was to come after’”, as the eyes and ears of the Premier League’s elite were alerted to a keeper in sensational form with a reputation to match. Enter Chelsea Football Club, and the chapter of the Bosnian’s career that would eventually result in the collection of a Premier League winner’s medal.

“It was a great experience, over the two years to see what it’s like at a club like that, and how it works and how big it is all over the world and the expectations that are on you everyday. Obviously, everything was made worthwhile by winning the title” says Begovic.

“I was really appreciative of the opportunity and had two really good years there, and then I think the lure of regular football after that was very difficult for me to turn down and that’s why I chose Bournemouth”.

The “lure” of more minutes, as Begovic describes, proved to be the catalyst as the keeper moved to the South Coast in a reported £15m deal with AFC Bournemouth; a club whose upwards trajectory, from the brink of administration in League 2 to Premier League football, was a journey Begovic wanted to be involved with. “I think it’s a really good club to be a part of, it’s a club that is growing, is ambitious and wants to keep progressing” continues Begovic. “I think it’s a great challenge to establish this team as a Premier League club”.

Central to Bournemouth’s success has been Eddie Howe, the 41-year old Englishman who is truly making a name for himself on the South Coast. Howe has been lavished with praise for the role he has played in taking Bournemouth up the English football pyramid and into the Premier League, and Begovic attests to the fact that this praise is far from unwarranted

“He’s really good; a manager that pushes you each and every day and wants you to progress and makes you better every time, so I think that bodes well for individuals and also collectively for us a team”.

“He’s someone I’ve really enjoyed working with in my time here so far, and long may it continue”.

The Bosnian will not be alone in singing the praises of Howe, a talented manager at such a young age. All associated with the club will be hoping for a continuation of the sustained progress the Cherries have made, as they seek to enter their fourth season of Premier League football in 2019/2020 – relegation seems a far forgone prospect for the South Coast side.

Begovic has featured in Fantasy Football circles in the past, collaborating with writers and podcasters, and the Bournemouth players and staff FPL mini-league is something Begovic enjoys being a part of. “It’s good fun, bringing people together. I think it’s good for camaraderie and harmony in the squad, we have a bit of fun with it”. On Begovic’s current FPL season, the keeper suggests it’s been a test in 2018/19. “It’s been a tougher year than most for me, sitting in 4th or 5th spot, and pushing for a good end of season finish. There’s 16 or 17 Gameweeks left and still plenty of points to play for”.

When asked for a potential captain for GW23? “I’d be the wrong person to ask for that! With my captaincy choices not really returning too much recently, I always seem to pick the wrong person. Usually one of the big guns is a good choice for your captain”.

Begovic’s honesty shines through in the interview, and it’s clear to see a humble yet highly successful Premier League footballer who has achieved so much but remains determined and driven to strive for more. The creation of the Asmir Begovic Foundation is a move from Begovic to give back to those in England and Bosnia in the form of recreational facilities, and this is indicative of the values he holds. 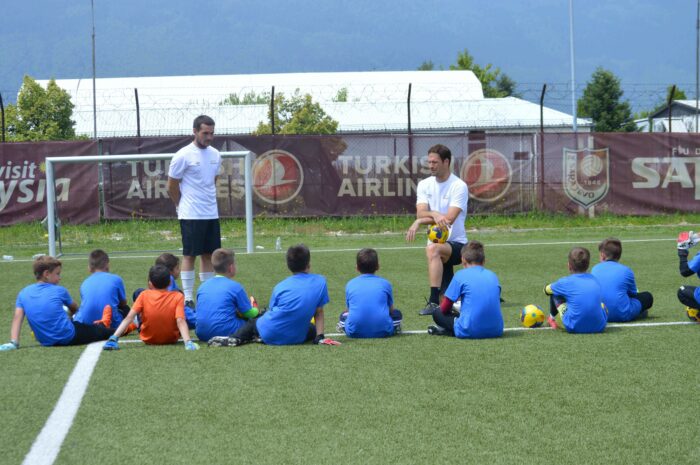 A career involving stints at some of England’s finest football clubs alongside over half a century of international caps is a phenomenal achievement, especially after battling in the lower leagues of the English pyramid through the early stages of his career, but at the heart of that remains Begovic’s outlook. “The main focus is to take everything day by day on the field, and to keep working hard on getting better all the time”.

Despite all that he has achieved in the game, Begovic continues to strive for more both on and off the field; a humble, likeable footballer with an eye for Fantasy Football. A fine combination for the Bosnian at AFC Bournemouth.