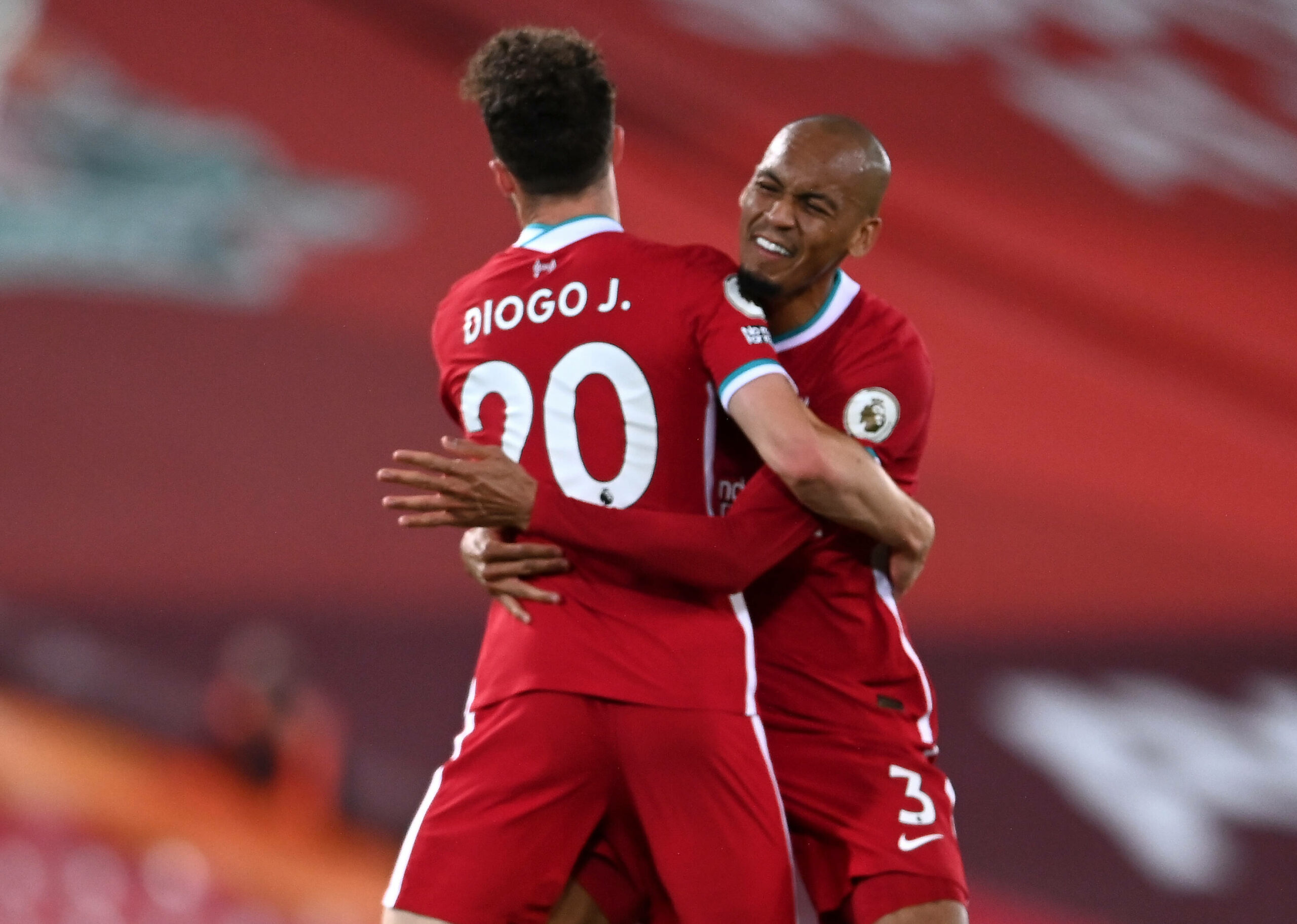 The past two weeks have seen a swing in Liverpool’s fortunes – a change started by one, simple tactical change. Before Liverpool’s Champions League knock-out game against RB Leipzig last week, Fabinho had started to be seen as a player who would only be playing centre-back this season. This opinion was hardly an unfounded one, as it had been an overwhelming 151 days since the Brazilians last played in his natural defensive midfield role in their 2-2 draw against Everton.

Ever since that game, and Virgil Van Dijk’s injury within it, he had only ever seen action as a centre-back. Many were beginning to lose sight of his true capabilities – the ones that had helped the Reds win two of the world football’s biggest trophies in consecutive years. Perhaps we should not have been so surprised that his return to the role was so emphatic.

Stepping back into defensive midfield against Leipzig and Wolves, Fabinho reminded us just how much he elevates Liverpool’s side. A master of breaking up the play, Fabinho is world-class at stepping in and winning possession at pivotal moments of the opponent’s attacks, breaking up their momentum and either instigating a quick counterattack with a sharp pass or retaining possession with a safer one.

He works as a screen in front of the defence, and likely the reason Liverpool’s new centre-back pairing of Ozan Kabak and Nat Phillips is getting so much praise: with Fabinho in front of them, they never have to step out of their defensive formation to break up attacks. Instead, they can retain the solidity of their positioning, batting away long balls and getting tight to strikers.

It is not just the centre-backs lives he is making easier, too. The old adage “the best offence is a good defence” can often fall into misuse – but it is perfect here. Without Fabinho, Liverpool’s midfield had to be conservative, even cautious, in how far they advanced up the pitch. But with the Red’s defence safe in his hands, they can push much higher up, taking on hybrid roles with few defensive responsibilities during the attacking phase. Klopp can now play a Guardiola-esque three man midfield, with Fabinho as the pivot and two attacking-midfielders pushing extremely high up when attacking and pressing. Yet, it is not the midfielders who receive the benefit of this change – it is the strikers ahead of them.

With the midfielders pushed up behind them, Liverpool’s front three have more freedom of the pitch. They do not have to concentrate so much on their defensive solidity but focus instead on creating fast, flowing attacks. This means they can advance as fast and high up the pitch as they want, without having to wait for their midfield to “catch-up” behind them to retain their defensive structure. This was the blueprint for the Red’s goal against Wolves: Mané, Salah, and Jota all breaking combined for a fast attack that the Wolves defence could not deal with.

Jota is the prime beneficiary of this, as unlike Firmino he has the pace and quickness to play on the wing and the longer-range finishing to put the final touch on passing moves. Expect to see more of these sorts of attacks, as they provide a new form of threat and identity for Liverpool. This is what Klopp will be relying on to maintain Champions League football: a movement started by Fabinho, finished by Jota, and getting Liverpool’s season back on track.