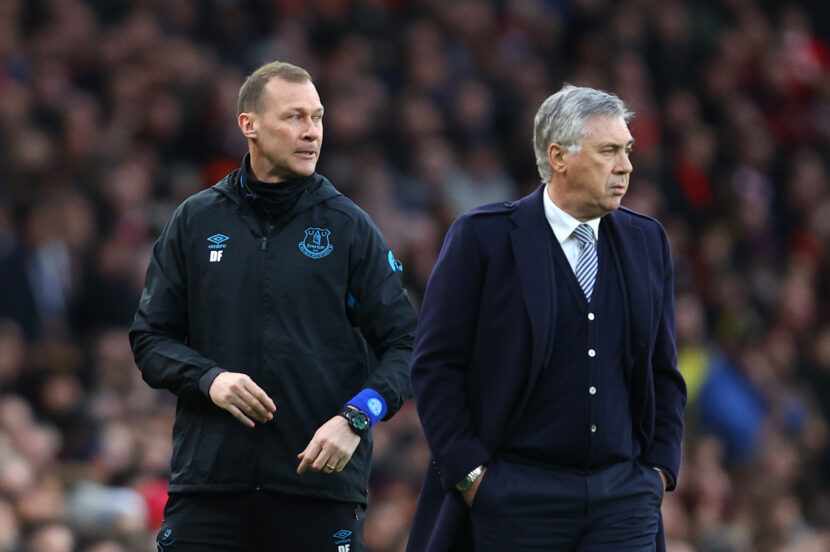 Everton have lacked consistency this season; they had an underwhelming start under Marco Silva which ultimately cost him his job. Carlo Ancelotti then arrived and continued where Duncan Ferguson left off having started to turn results around. But when they have come up against their top-six rivals of late, they have failed, losing to Manchester City, Arsenal and Chelsea, which will likely cost them European qualification. Nevertheless, there has been a lot to learn from the Toffees and where they can improve next term.

Throughout Silva’s tenure at Goodison Park, it was occasionally hard to tell what direction Everton were heading in and the style of play they wanted to utilise. Ferguson changed all that rather dramatically; he adopted a compact 4-4-2 system which gave Dominic Calvert-Lewin a partner and took advantage of the Toffees’ pace in wide areas. The results were immediate, and Ancelotti has built upon that making the system more expansive. He hasn’t always got the balance right, and against Chelsea they were wide open and deservedly hammered 4-0, but at least now the players and fans have clarity over what Everton are aiming to achieve on the pitch.

Calvert-Lewin has come to fruition

Prior to this term, the Englishman had scored just 11 Premier League goals in 78 top-flight matches, a concerning return for a striker who had only eight assists to his name, as per WhoScored. But placing Richarlison alongside him has worked wonders for the 23-year-old, and he’s already notched 13 strikes in just 27 appearances. Furthermore, the Brazilian has not suffered as a result and has four goals, an assist and two man of the match awards since the switch.

Behind their Merseyside rivals, Everton can lay a genuine claim to having the second-best wing back partnership in the Premier League. Lucas Digne and Djibril Sidibe are the Toffees’ two top assist providers with five and four respectively, while they have also made the most tackles, 2.2 and 3.7, of any Everton players, as per WhoScored. The French pair have had a significant impact this season at either end of the field and in Digne’s absence veteran Leighton Baines has filled in exquisitely.

England’s number one has not had his best term for the Toffees, keeping just six clean sheets this season. Perhaps more concerning is that he has made three mistakes leading to goals, while only Newcastle stopper Martin Dubravka has made more, four. One of the issues with the 26-year-old is his tendency to get wrapped up in the moment and be overly emotional. The best keepers are able to keep a level head an assure their back four they can be relied upon no matter what and Pickford has to prove he is capable of doing just that.

Only five sides have conceded more than Everton’s 46 goals in the Premier League this season, three of whom find themselves in the relegation zone. In theory, the Toffees have some excellent defenders but finding the right centre back partnership has been an issue, with regular rotation occurring. Ancelotti must fix this and decide on who his leading pair will be next season so they can form an understanding with one another.

Everton have the core of a side who can mount an assault on the European places next season, they now also have a clear identity in place to do so. The key is consistency, and it is a trait that has eluded the Toffees this term. With a few subtle summer tweaks, they could finally crack their long term top six conundrum.