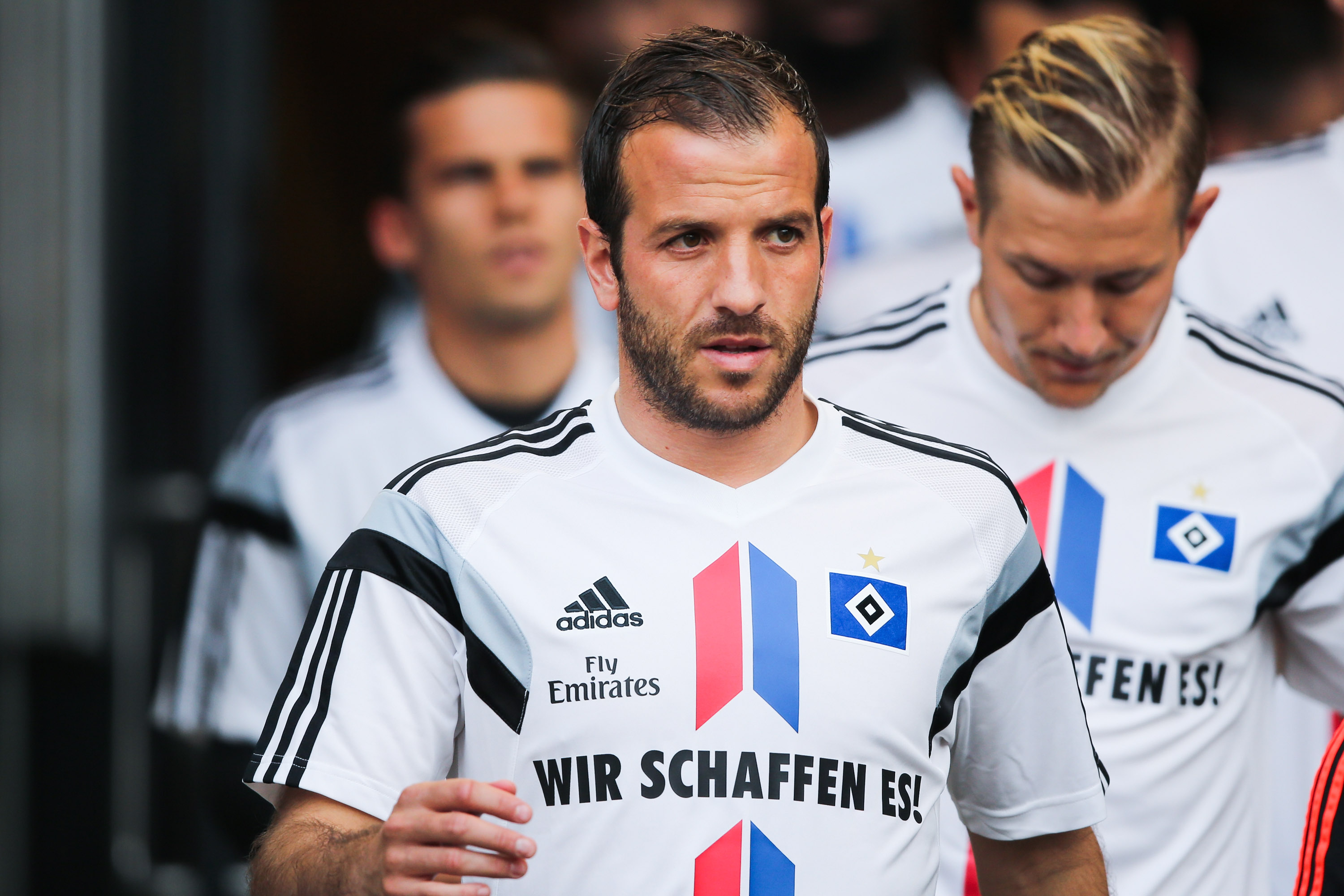 For any player, being told you are no longer part of Real Madrid’s plans, before spending the summer reaching the 2010 World Cup final with the Netherlands and discovering your wife is having an affair would be a whirlwind year. But, along with all that, Rafael Van Der Vaart had to endure the collapse of a late move to Bayern Munich, followed by a computer server failure two hours before a transfer deadline day switch to Tottenham Hotspur.

As you probably know, the Premier League allowed special dispensation for the move to be completed. Nonetheless, 2010 was a year like no other, but then again, the Dutchman was an outstandingly unique player.

It is with astounding frequency the very best players throughout history are branded as ‘before their time’. The clique relates to innovators who are often single-handedly responsible for evolving how football is played.

However, Van Der Vaart was the opposite, it was thought the last of the traditional playmakers had been fatally wounded in the 1990’s, but somehow this relic from the past had been placed in the Premier League in 2010. No player since Matt Le Tissier had appeared so frighteningly off the pace, yet ahead of it at the same time.

When he arrived Spurs squad was one of the best they’d had in the Premier League era. At that point, his teammates included Gareth Bale, Luka Modric, Peter Crouch and Jermain Defoe. Manager Harry Redknapp had also guided Tottenham into the Champions League for the first time in the previous season.

Van Der Vaart immediately set about proving the Galacticos were wrong to let him go. The Dutchman assisted for Peter Crouch in his Champions League debut for Spurs and followed that up with three goals in his first four Premier League matches, it was an explosive start. A first Champions League goal for Spurs followed in the next game against FC Twente, and he scooped the Premier League October Player of the Month.

Spurs first real Champions League test was the night Bale announced himself to the world stage with a stunning hat-trick that all but ended Maicon’s career. But Tottenham still lost that bonkers game 4-3 and there was work to be done in the return fixture. After 18 minutes of the home clash Van der Vaart got the hosts off to a perfect start with his second goal in the competition. The opening goal set the tone as Tottenham remained in control throughout the fixture to win 3-1, a result which ensured the Londoners went on to top the group.

Sadly, a hamstring injury halted the Dutch midfielder’s seamless transition to life at Tottenham, leaving him side-lined throughout early December. Though, on Boxing Day he returned to dominate against Aston Villa, by scoring a decisive brace in a 2-1 victory.

His return was timely, just before the first Champions League knockout round. Tottenham had drawn AC Milan and another trip to the San Siro was negotiated, ending goalless. An underwhelming affair ended in Spurs narrowly beating their illustrious opponents, nevertheless it was a historic win over the five-time champions.

Real Madrid lay in wait in the quarter-finals and for Van Der Vaart a return to the Bernabeu, as well as a shot at redemption after his exile. Unfortunately, things did not pan out so perfectly, Peter Crouch put in a horror challenge on Sergio Ramos to receive a yellow card after seven minutes, while Spurs were already a goal down. Then with only 14 minutes gone Crouch lunged in once more, this time on Marcelo, the Brazilian went flying over the strikers outstretched leg and Crouch was given his marching orders. It was a blatant dive, but the lunge was indefensible, and the masters of the dark arts didn’t hesitate to exploit their advantage and humble Spurs 4-0.

While the Champions League dream may have been over, Spurs still had the challenge of finishing in the top four once more. Van Der Vaart was near single-handedly leading the charge back to Europe’s elite competition, scoring a brace against Arsenal in a 3-3 draw to send Tottenham fans into delirium. That performance was followed up by a 25-yard thunderbolt at Anfield. It was not to be though, as Manchester City pipped Tottenham to fourth sport with a late-season victory over them.

Nevertheless, Van Der Vaart’s first season could be considered nothing short of an overwhelming success. He finished as Tottenham’s top scorer with 15 goals in all competitions, along with a club-high nine assists. It wasn’t just the numbers though, the 27-year-old was mercurial to watch, his supreme vision made sure he was always in an abundance of space, and his left foot could finesse in delicate passes or crosses, but also thunderbolt a long-range strike.

Expectations for the 2011/12 season were high, Tottenham had been leaky in defence but the additions of Brad Friedel and Scott Parker provided stability, while Emmanuel Adebayor arrived to bolster the attack.

Though, the summer acquisitions could not prevent a wretched start to the campaign. The opening two games were played against both Manchester clubs and a total of eight goals were shipped by the Londoners.

Easier fixtures were to follow and thus began a run of ten wins out of eleven, without defeat. During their excellent form Van Der Vaart was instrumental once more for Tottenham, he stepped back into his stride scoring six goals in five games. At the time that goal-scoring run equalled a club record. Despite having been acquired to create, the midfielder was rapidly becoming an integral finisher for Tottenham.

Perhaps Spurs’ greatest underachievement during Van Der Vaart’s tenure was their failure to progress from a Europa League group of PAOK, Rubin Kazan and Shamrock Rovers. Redknapp possessed a squad that was at the very least capable of competing in the knockout rounds, if not going all the way.

However, Tottenham did fare far better in the F.A Cup. After easing past Cheltenham in the third round Van Der Vaart produced a precise long-range effort to see off Watford. Stevenage and Bolton were next to be dispatched, setting up a semi-final clash with Chelsea at Wembley.

As any Spurs fan will remember, that match against Roberto Di Matteo’s soon to be European Champions was marred by controversy. Ultimately Tottenham were humiliated 5-1, but at a crucial stage in proceedings when Tottenham were only a goal down, Chelsea were awarded a goal from a goalmouth scramble even though there was no evidence to suggest the ball had crossed the line.

Understandably Redknapp was furious after the game as that decision by Martin Atkinson to award the goal proved the turning point in the match. Sparking a classic Redknapp line “I spoke to [Martin Atkinson] and he said he feels worse than I do about it – I said ‘I don’t think so.’”

In spite of disappointing exits from multiple cup competitions, Redknapp achieved his goal of steering Spurs back into the Champions League. In fact their Premier League season appeared almost straightforward after their impressive early run. Tottenham sat in third place until they slipped to fourth in March, where they would eventually finish the season.

Van Der Vaart reiterated his desire to remain in North London, but the arrivals of Mousa Dembele, Clint Dempsey and Gylfi Sigurdsson made it obvious his play time would be reduced. After scoring 28 and assisting 16 times during 77 appearances the midfielder opted for a low-key return to Hamburg SV.

The Dutchman’s game didn’t rely on speed or physical attributes and he only cost Hamburg £11 million, still an absolute steal, it is perplexing no larger side came in for the 29- year-old. From that moment onward for the majority of people he faded from consciousness

His stats for Tottenham are impressive but his contribution cannot be measured by stats alone, Rafael Van Der Vaart had a graceful poise numbers cannot quantify.