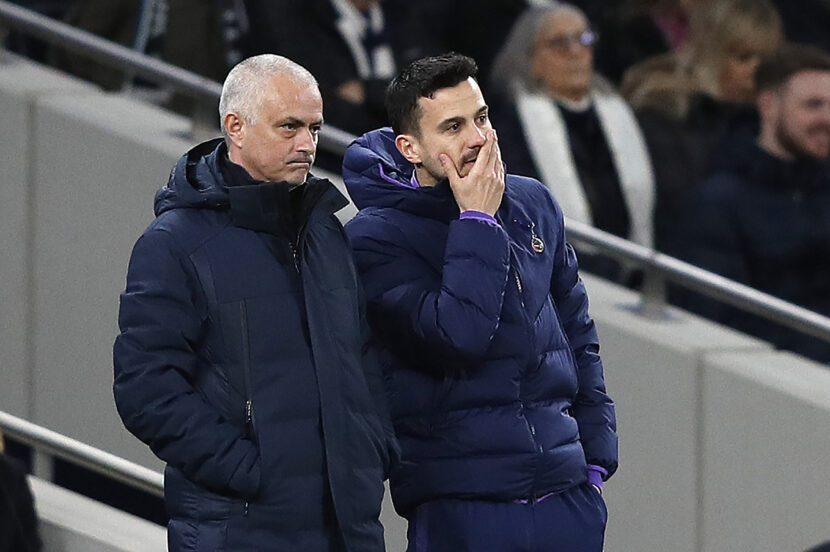 Tottenham Hotspur endured a damp squib of an evening against RB Leipzig on Wednesday, conceding an away goal to the Bundesliga side and ending the first leg 1-0 down. But after the game, former England international Rio Ferdinand and Peter Crouch outlined what they believe Jose Mourinho must change to turn the tie around and progress to the quarter-final.

The Portuguese boss has transformed Spurs season after Mauricio Pochettino left them 14th in the Premier League when he was relieved from his post. However, their season is at risk of being derailed once more after Harry Kane and Son-Heung Min sustained season-ending injuries and Leipzig took advantage.

What did they say?

Ex-Tottenham Hotspur striker Peter Crouch said on BT Sport (via the Daily Mail) after the game: “Leipzig could’ve been out of sight in the first half. There was a slight improvement from Spurs, but they were never in it.”

“There needs to be big changes for the second leg,” Crouch added. Rio Ferdinand then gave his suggestion, saying: “In the midfield, they need three, or else they’ll get outnumbered week in week out. Better players with better strikers will crucify you.”

Against the German opposition, Mourinho utilised a midfield two of Giovanni Lo Celso and Harry Winks, with Gedson Fernandes. Still, he could bring Tanguy Ndombele into the fold for the return leg. The summer arrival from Lyon was introduced as a substitute on Wednesday but could have a more significant impact from the off, as opposed to being introduced midway through proceedings. As per WhoScored, since joining the Premier League side, the 23-year-old French midfielder has scored two goals and provided four assists this season, meaning only Dele Alli has had a hand in more goals from the centre of the park.

Tottenham Hotspur will need to score at least one away goal to progress in the tie and Ndombele could be the man to provide the difference. With a shift to 4-3-3, Mourinho’s compatriot Fernandes would be the most likely candidate to make way for the Frenchman.