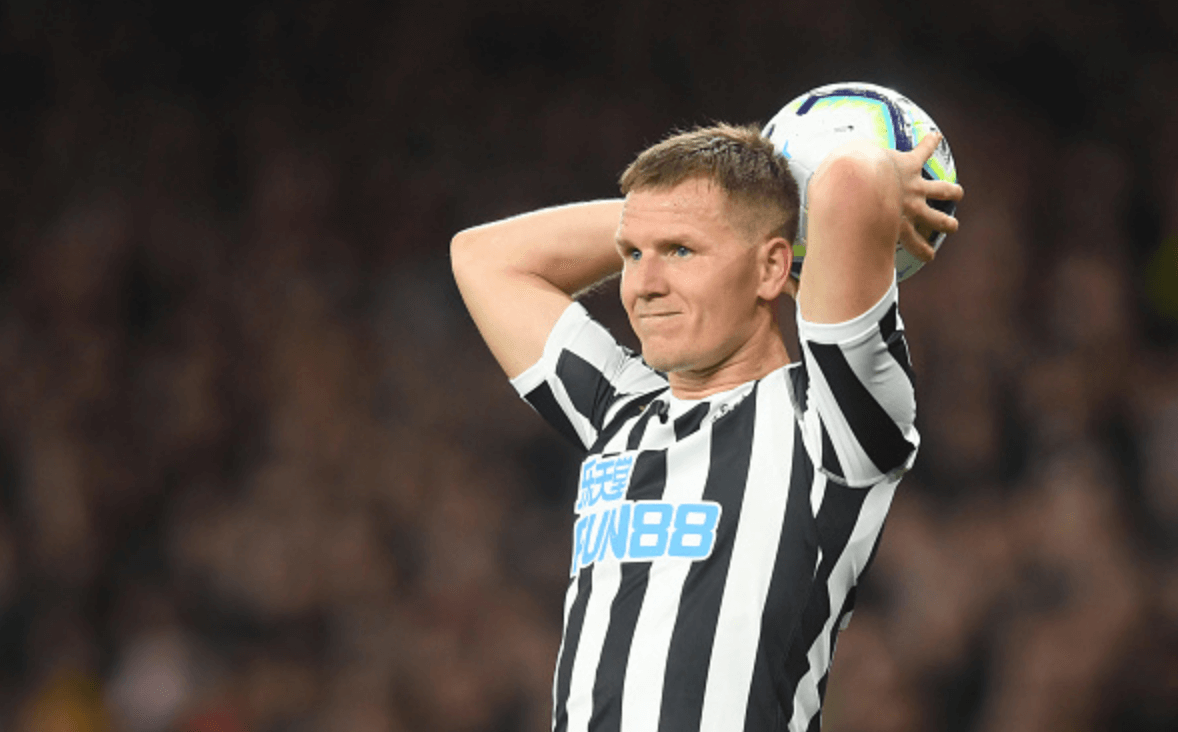 The opening announcements from the Official Fantasy Premier League site have seen Matt Ritchie of Newcastle United reclassified as a defender for 2019/2020, alongside receiving a price of £5.5m in a series of price reveals ahead of the new Premier League season.

Ritchie’s Newcastle have tricky opening fixtures, playing Arsenal, Liverpool and Spurs in their first five games, but with the introduction of VAR alongside the Scotsman’s penalty-taking duties, the defender could offer value amidst the uncertainty that currently surrounds the Magpies with Rafa Benitez’s confirmed departure.

In 35 starts across 2018/19, Ritchie scored two goals and registered eight assists as Newcastle got over the line to finish 13th with 45 points.

His reclassification as, theoretically, an out of position (OOP) defender who often charges forward and is heavily involved in Newcastle’s attacking play could prove attractive to FPL managers looking for value in their squads ahead of August 9th.

From Ritchie’s nine penalties taken since the 2016/17 season, when he was playing for Newcastle in the Championship, the 29-year-old has scored seven and missed two – a conversion rate of 78%.

If VAR is to play a significant role in the 2019/20 Premier League campaign, Ritchie’s propensity for bonus could significantly rise with the added point for goals alongside the rise in clean-sheet points – if the Tyneside outfit are able to respond to the departure of Benitez in positive fashion.

Ritchie also performed strongly in the CBI rankings during 2018/19, placing eighth of all midfielders in the game, highlighting his defensive capabilities to add steel to Newcastle’s backline and achieve an increase on the 11 clean-sheets recorded in 2018/19 – this placed Benitez’s side 7th in the table for clean-sheets despite their 14th place finish.

However, a point of caution in flocking to Ritchie’s reclassification is Newcastle’s misfortune in the penalties awarded department. In 2018/19, the Magpies were awarded just three penalties – placing 16th in the table – by contrast, Manchester United were the recipients of 13 penalties in the last Premier League campaign.

The additional potential for clean-sheets and the added point of a goal in Ritchie’s transition from a midfielder to defender will attract inevitable interest from FPL managers.

Coupled this with the fact that Ritchie ranked top of all midfielders for successful crosses from open play in 2018/19 and there is clearly a player with the ability to assist, the potential to score goals and now the additional ability to garner clean-sheet points in the Newcastle defence.

At £5.5m, it could be an enticing option for managers, but with tricky opening fixtures and the instability surrounding Newcastle as a club, there is a serious decision to be made regarding Ritchie’s inclusion in your 2019/20 FPL squad ahead of August 9th.