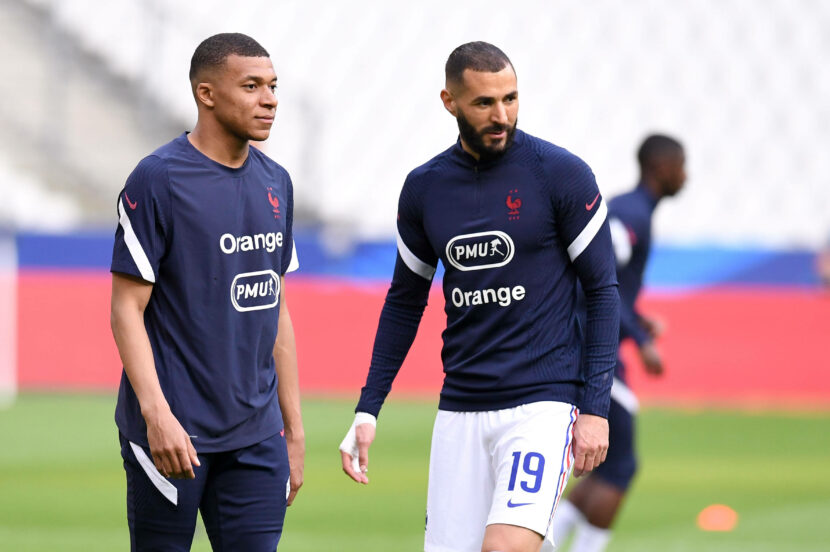 Highly fancied to win the title, World Champions France enter Euro 2020 looking to avenge their final defeat to Portugal in 2016.

With Benzema back in the international setup and the likes of Olivier Giroud, Antoine Griezmann and Kylian Mbappe all firing in regularly for Les Bleus, Didier Deschamps side will take some stopping.

Despite failing to beat Turkey home or away, Les Bleus topped qualifying Group H. Routine wins over the likes of Iceland, Albania, Andorra and Moldova saw Deschamps’ side progress comfortably in the end, Olivier Giroud finishing top goalscorer in the group with six goals.

Though it’s hard to single out just one player as France’s key man in attack, Mbappe is the only one who is completely unplayable on his day.

Though his goalscoring record for his country is not as impressive as that for his club, Mbappe has a monster 44 caps to his name already at just 22 years of age.

A born winner, Mbappe will be among the favourites to challenge for the Golden Boot this summer.

One to Watch – Karim Benzema

An added layer of pressure will be on Karim Benzema this summer, following the striker’s re-integration into the national team setup following an enforced hiatus.

Much has been made of the war of words between “F1” Benzema and “Go-kart” Olivier Giroud, but France fans will be hoping that the feud has no bearing on performances on the pitch.

One of the best strikers in the world on his day, Benzema’s involvement in Euro 2020 is set to be fascinating, however it pans out.

Elsewhere, backup goalkeeper Steve Mandanda is the only other member of the squad with English top-flight experience, appearing nine times for Crystal Palace in 2016/17.