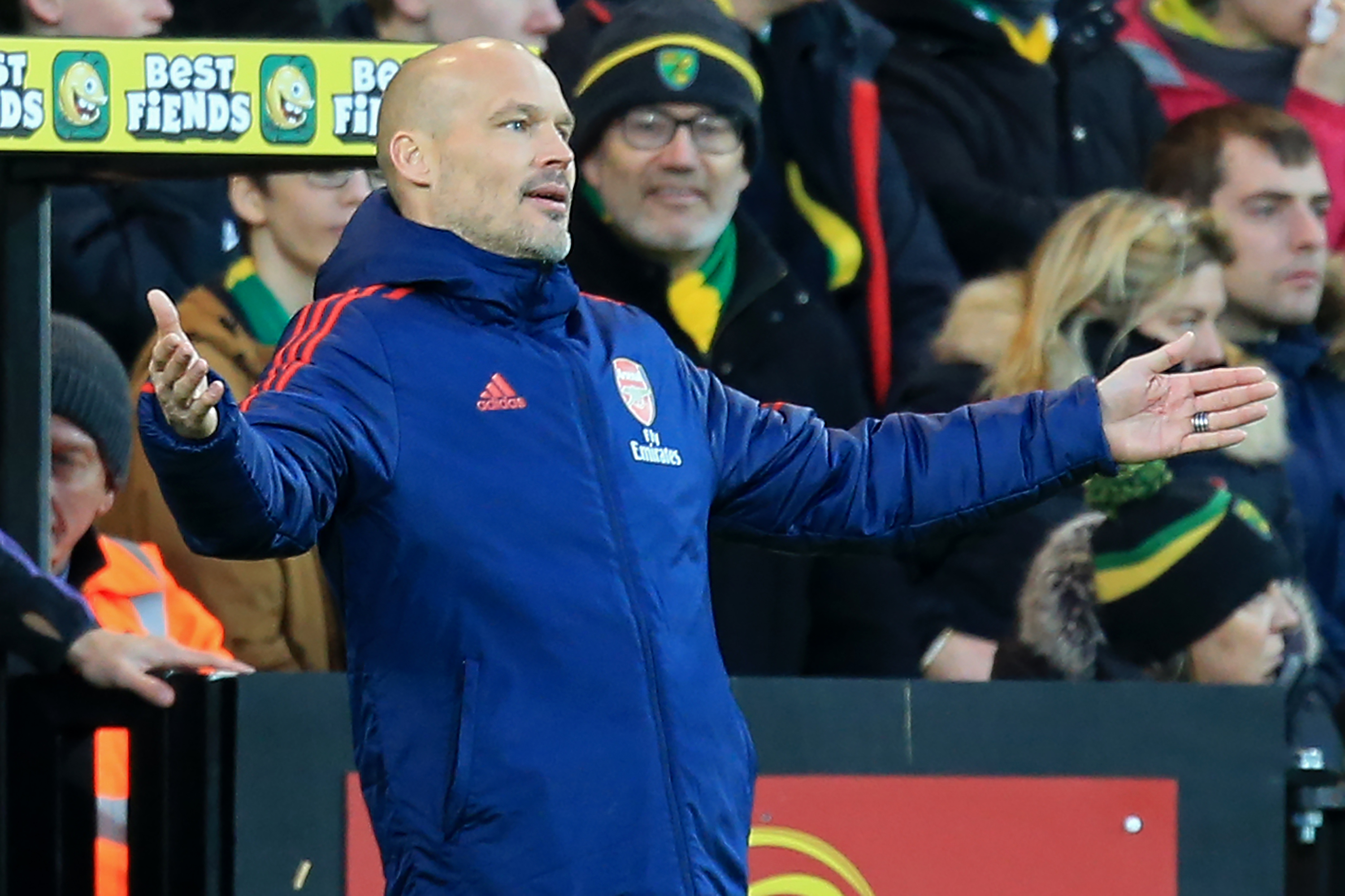 Freddie Ljungberg took charge of Arsenal for the first time against Norwich City as two goals from Pierre Emerick-Aubameyang rescued a point for the visitors, against the newly-promoted side.

While Ljungberg made a few tactical alterations, including moving the Gabonese international to the right-wing, choosing to deploy Mesut Ozil on the left side of midfield, a figure who let the game pass him by at times, was a decision he should consider long and hard before making again.

Ozil has played that role for national side Germany in the past, but that was during a period where they were arguably the best international outfit in the world, with a backline containing Jerome Boateng and Matts Hummels.

Arsenal do not have that calibre of defender, and with Sead Kolasinac hungry to bomb forward and Ozil having no interest in tracking back, it left Norwich’s Todd Cantwell with the freedom to produce an emphatic display.

The exceptional performance from Cantwell culminated in a goal just before half time to put his side in the ascendancy, but he had been in dire form heading into the game and was even dropped recently. Other clubs had established how to stop the England under-21 midfielder from scoring, as Norwich lost six of their last seven Premier League matches before this game.

If Ljungberg is to stake his claim to become the next permanent manager at The Emirates, he must asses how open Arsenal were out of possession and identify their left channel as an area of weakness with Ozil in it. The Gunners have had no issues scoring this season, but it is their defensive frailties they must address in order to avoid dropping points, as they did this weekend.

It is a damning indictment to how poor Arsenal were defensively that Ozil made the second-highest number of tackles against the relegation-threatened side. The Gunners applied no pressure to the opposition, instead dropping back and conceding space. Hence why Ozil is best when operating as a central playmaker, because he has midfielders around him to cover any gaps.

In the future, Ljungberg may wish to play the German centrally as he did influence the game, making four key passes, the highest of anyone in an Arsenal shirt. But having him and Kolasinac on the same wing is asking for trouble when neither player is entirely focused on their defensive duties, and it may have cost the Swedish manager his first win in charge of his former club.