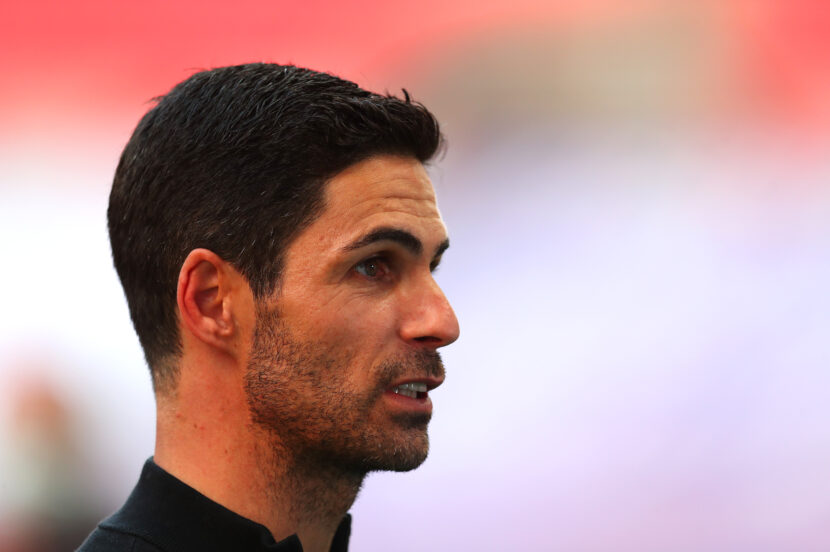 Fulham and Arsenal kick-off the surreal 2020/21 Premier League season in the opening day’s lunchtime kick-off, and as at the end of last season, no fans will be present in the stadium.

Both sides could hand debuts to summer recruits, with Mario Lemina, Antonee Robinson, Alphonse Areola and Kenny Tete knocking on the door for Fulham, while Gabriel Magalhães, William Saliba and Willian are fit and ready for the Gunners.

The two London sides are among the most in-form in the country, with Fulham buoyed after a gruelling Championship campaign that ended in play-off glory while Arsenal won the FA Cup and Community Shield including wins over Manchester City, Liverpool and Chelsea.

But despite the good spirits in both camps, both managers approach the new campaign with a lot to prove. Scott Parker will be aiming to prove himself at home at the highest level in his first full top-flight season since going into management, while Mikel Arteta will know that a repeat of last season’s league position of eighth will not be tolerated.

Another with a point to prove is Aleksandar Mitrović. The Serbian target-man moved to Fulham after failing to convince former Newcastle boss Rafael Benitez despite his goalscoring exploits. He top-scored in the Championship last season with 26 goals, alongside Ollie Watkins, and will be eager to prove his old side wrong to let him go.

In the aftermath of their extra-time victory over Brentford in the Championship play-off final just over a month ago, Scott Parker said that his club have learned the lessons from their last top-flight campaign. That came in 2018/19, when heavy summer investment backfired and the Cottagers returned to the Championship with a whimper.

This time around, the Whites have made just four permanent senior signings, two of whom were at the club on loan last season. Rather than the overhaul that took place in 2018, this season look to be about consolidating the side that’s already in place.

Ironically, one of the players whose place looks most under threat is play-off final hero Joe Bryan. Fulham beat off several clubs to former Wigan left-back Antonee Robinson and the 23-year-old USA international will surely expect game time this season.

Not including the Community Shield, both sides played just one pre-season friendly – both against MK Dons. Both sides gave at least 22 players minutes in those matches, despite several senior Arsenal figures being unavailable through injury or selection issues.

The Gunners’ summer investment has been conservative up to now, with Pablo Mari and Cédric Soares completing permanent moves while Willian signed after his contract with Chelsea expired.

The recent arrival of defender Gabriel Magalhães was Arsenal’s first big money signing of the window, and they remain linked with the likes of Lyon’s Houssem Aouar and Atletico Madrid’s Thomas Partey.

Perhaps the biggest problem facing the Gunners is the size of their squad. Few players have been linked with moves away and though the Europa League will surely prove fruitful for squad rotation, Arteta may have several big names unhappy at their playing time in the Premier League.

The Cottagers have played just one friendly since the play-final on August 4th. Their 2-2 draw with MK Dons featured a different 11 in each half, providing little insight into Scott Parker’s likely selection against Arsenal.

One telling outcome appears to concern their goalkeepers. Frenchman Alphonse Areola joined on loan from PSG on Wednesday, with Marcus Bettinelli moving to Middlesbrough a day later. Areola is expected to move straight into the side to face Arsenal, but if the game is deemed too soon for him, Marek Rodák will continue.

Michael Hector and Tim Ream look set to resume their partnership in central defence following Alfie Mawson’s loan move to Bristol City, with Maxime Le Marchand on the bench. Scott Parker must choose between new recruit Antonee Robinson and Wembley hero Joe Bryan at left-back, while the right side of defence appears to be a straight shootout between Denis Odoi, Cyrus Christie and new signing Kenny Tete.

Captain Tom Cairney will start in the middle, likely alongside at least one of Harrison Reed, Stefan Johansen, Josh Onomah or Mario Lemina, who sealed a loan move from Southampton last week. Jean Michaël Seri and André-Frank Zambo Anguissa remain Fulham players but did not feature in the friendly against MK Dons with little indication that they are part of Scott Parker’s plans for the season.

The wide positions will likely depend on Parker’s plan to contain Arsenal’s wing-backs, with Anthony Knockaert, Neeskens Kebano and Ivan Cavaleiro set to battle for the shirt and Alexsandar Mitrović expected to lead the line through the middle ahead of Bobby Decordova-Reid and Aboubakar Kamara.

The Gunners’ starting XI is similarly difficult to predict. Mikel Arteta must choose between the impressive Emiliano Martínez and Bernd Leno, who is fit again after the knee injury which curtailed his season in June. Martinez played the entirety of the penalty shootout victory over Liverpool in the Community Shield, while Leno’s pre-season has been limited to the first half of a friendly against MK Dons.

Arsenal are expected to continue to field a three-man defence, with Kieran Tierney, Rob Holding and Sokratis Papastathopoulos set to compete with new arrivals William Saliba and Gabriel Magalhães for a starting spot, with David Luiz ruled out with the neck injury he suffered in the Community Shield. Shkodran Mustafi, Calum Chambers and Pablo Marí also remain sidelined with injury.

Hector Bellerin, who this week became the second-largest shareholder in League Two club Forest Green Rovers, is expected to start at right wing-back, with Cédric Soares set for a deputy role. On the left, Ainsley Maitland-Niles impressed against Liverpool and could retain his place, though Sead Kolašinac will deputise if Mikel Arteta decides to give the young Gunner a rest following his travels with the England national team.

Granit Xhaka and Dani Ceballos will link up in the heart of midfield, rekindling their impressive end of season partnership following the Spaniard’s return to The Emirates last week. The likes of Lucas Torreira, Mohamed Elneny, Joe Willock and Emile Smith-Rowe will compete for a spot on the bench, while it remains to be seen whether Arteta is willing to call upon Matteo Guendouzi or Mesut Özil, both having been frozen out of the team after the resumption of the Premier League in June.

In attack, Pierre-Emerick Aubameyang will captain the team from the left, with Alexandre Lacazette set to compete with the in-form Eddie Nketiah for the lone spot in the middle. Bukayo Saka appears to be in pole position to start on the right, having played more minutes in pre-season than Reiss Nelson, while Nicolas Pépé and Willian are expected to be eased back into action having not featured at all. Gabriel Martinelli continues his rehab from surgery and remains unavailable.

Arsenal looked sharp in the Community Shield and should have too much for Fulham.