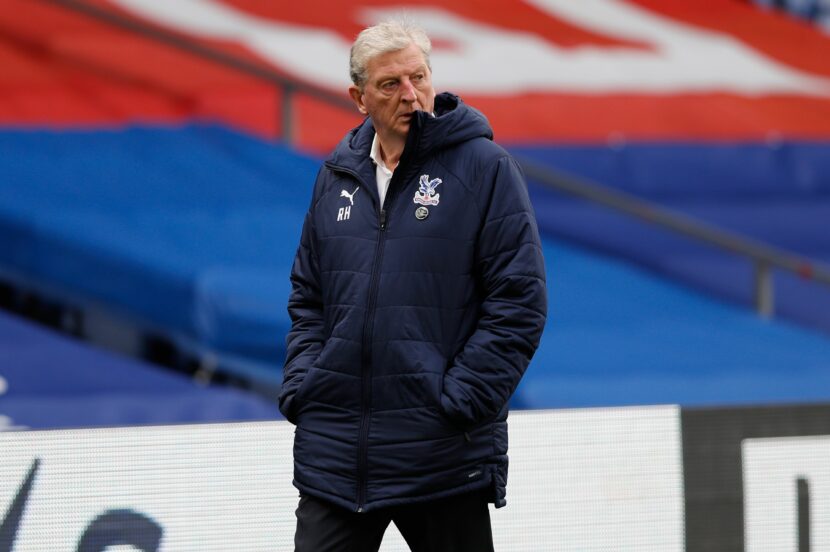 A streaky Crystal Palace team travel to Fulham, who collected their first points of the season last week, with both teams hoping to improve on one-goal stalemates last week.

This game will see Roy Hodgson take on a manager whom he employed in an England shirt, once upon a time, and who hasn’t granted a start to anyone older than the age difference between the two Englishmen (33 years and 65 days).

Scott Parker granted debuts to multiple players in matchweek 5, who inspired a more cohesive performance. It wasn’t conventional by any stretch of the imagination – an expert Alphonse Areola save, an Aleksandar Mitrović missed penalty and a disallowed Tosin Adarabioyo own goal made for an uncanny and unpretty draw. It took a moment of invention from Ademola Lookman – one of the debutantes – to hand Fulham the lead before hearts were broken by a Sheffield United equaliser just five minutes from time.

Nonetheless, their showing at a down-trodden Wolves in the preceding matchweek showed significant defensive improvement which they duly carried over into their tie at Bramall Lane. With a couple of new defensive additions – both on loan and permanent moves – Parker hasn’t been able to settle on a formation and combination of defenders.

The Cottagers played with three centre-backs against Sheffield United, hoping that adding the additional defender would help stem the flow. Admittedly the Blades and this week’s opponents, Palace, aren’t great measures to how well a defence can resist an attack – with both teams in the bottom five for goals scored last season.

Ola Aina started at the right of the back three as Fulham lined up in a 3-4-2-1 against Sheffield United – a position he hasn’t played before. He arrived on loan from Torino during the transfer window and is notoriously more attack-minded than he is defensively solid. So far this season, he has been dribbled past the eighth-most times per game of defenders to have started at least one game and this is something Palace could look to exploit.

In Wilfried Zaha, and potentially Eberechi Eze, Palace have two players who are well-renowned for their dribbling expertise. Should they line-up together, could target Aina as Fulham’s weaker member of their back three. Zaha did it against Manchester United – scoring 2 goals in a 1-3 win – where he played off the ‘weaker’ centre-back in Victor Lindelöf. This could be a method Hodgson looks to utilise against his former employers, especially as Fulham have a defence that is still acclimating to this new set-up and the new personnel.

Partnered with the left-sided midfielder and full-back, the Eagles could look to overload Fulham’s right-hand side, where Ivan Cavaleiro – another who is playing in an unaccustomed position – and Aina will reside.

Fulham’s offense could also trouble their visitors this week. Hopefully more so than they did 2 years ago when Palace comfortable beat them 0-2 in this same fixture. Ruben Loftus-Cheek, an ex-Palace loanee, will be looking to re-find the form that he developed at Selhurst Park. Loftus-Cheek came in on loan during the last week of the transfer window, with former Everton winger Ademola Lookman arriving as well, and both players add an entirely new dimension to a previously mono-pronged attack.

Typically, the route to goal for the Whites has been several crosses into the box hoping that Mitrović can get some part of his body on to the end of one of them – the gambler’s fallacy. Now with two players who can both playoff Mitrović, are equally comfortable with the ball at their feet and also drifting out wide, it makes the attack more versatile and defending against them that little bit harder. It will take time for them to cohere, but the potential is there, at least, on paper.

In an effort to curb their own offensive impotence, Hodgson may turn to two of his Summer arrivals – Eze and Michy Batshuayi. Both players have started separate games but, with Jordan Ayew self-isolating and Jeffrey Schlupp struggling to be the bridge between defence and offence against Brighton last week, we could see them start with Zaha for the first time this season. It’s a prospect that would excite even neutral supporters.

Not forgetting Andros Townsend, Palace now possess an attack that boasts flare and pace with the ability to create and finish. For Hodgson, it will just be a matter of finding that balance between defensive solidarity and not completely nullifying his players’ attacking outlay – as was the case against both Brighton and Chelsea in rather humbling performances.

Ayew returned from the international break with a positive result for the novel COVID-19 virus. While Gary Cahill suffered a shin injury, against Brighton in match-week 5, in a similar tackle that saw Virgil van Dijk and Jordan Pickford lead the headlines for much of the past week.

Patrick van Aanholt is seemingly fit to play, but Tyrick Mitchell’s consistency – which has seen him dribbled past the least number of times in addition to the highest tackle success rate in the Premier League’s top 20 tackle-attempting full-backs – may see van Aanholt peer from the bench for another weekend.

James Tomkins also returned to first-team training but, after a long lay-off with injury, it is doubtful that Hodgson would rush the defender back.

Harrison reed is back in training. Meanwhile, Kenny Tete, Terence Kongolo, Josh Onomah and Joachim Andersen will remain sidelined for the time being.

Fulham certainly looked more ‘trained’ last week against an albeit struggling Sheffield United. But their squad is full of Fulham-naïve players, several of whom haven’t played in the Premier League before. Meanwhile, Palace boast an array of experience, combined with youthful exuberance, that should be able to get the job done against an improving Fulham side.