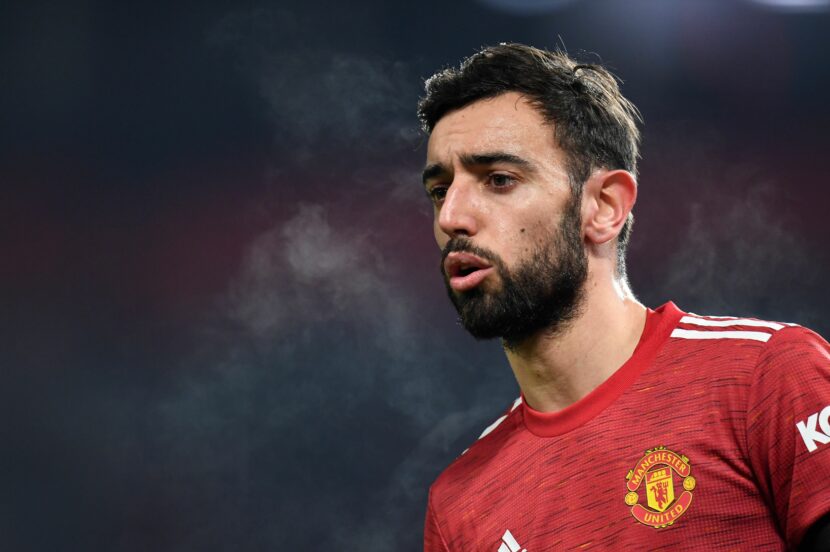 Fulham welcome table-toppers Manchester United to Craven Cottage on Wednesday night, looking to claim their first victory over the Red Devils since 2009.

The Cottagers suffered their first defeat in six against Chelsea last time out, losing 1-0 having played more than half of the game with 10 men. United claimed a point at Anfield on Sunday to preserve their position at the top of the table, though Manchester City have now moved to within two points with a game in hand.

Scott Parker’s Fulham had claimed five draws in a row before Saturday, but remain four points adrift of Burnley in 17th place. Though there will be far easier tests to come than United, Fulham must start winning if they are to secure Premier League survival.

The Red Devils had chances to beat Liverpool on Saturday and could feel aggrieved to have left with just a point, but Ole Gunnar Solskjaer’s side must bounce back immediately if they are to keep up their title challenge.

Left-back Antonee Robinson will begin a three-match suspension following his straight red card against Chelsea, potentially opening the door for Joe Bryan to return to the starting lineup at left wing-back.

The Cottagers have looked increasingly solid in recent weeks with the established back three of Ola Aina, Tosin Adarabioyo and Joachim Andersen starting together in a back three. Dutchman Kenny Tete recently returned at right wing-back and is expected to continue. Ola Aina moved out to the left following Robinson’s red card against Chelsea and could start there again if preferred to Bryan.

Parker could have a full midfield contingent to choose from on Wednesday, with Ruben Loftus-Cheek back in contention having been ineligible to face parent club Chelsea. The England international face competition in the middle of the park from Harrison Reed, Mario Lemina, Andre-Frank Zambo Anguissa, Tom Cairney and Josh Onomah, though Cairney has been struggling with a knee injury and Lemina has missed out due to unspecified reasons.

Ivan Cavaleiro appears to have nailed down the striker’s role ahead of Aboubakar Kamara and Aleksandr Mitrovic, while Bobby Decordova-Reid and Ademola Lookman have been the first choice on the wings in recent weeks. Parker may opt to sacrifice one of his wingers for an extra body in midfield, though the counter-attack appears the most likely route to goal for the Cottagers on Wednesday.

United could name an unchanged side for the trip to Fulham, though many squad members are in contention to feature if Ole Gunnar Solskjaer opts for a tactical reshuffle or to rest some of his regulars.

David De Gea remains United’s number one goalkeeper ahead of Dean Henderson and will start on Wednesday, while Eric Bailly could return in place of Victor Lindelof in the centre of defence. The impressive form of Luke Shaw means Alex Telles is set to miss out again, though Aaron Wan-Bissaka and Harry Maguire appear undroppable on the right and centre respectively.

Midfield trio Fred, Scott McTominay and Paul Pogba appear stronger each time they play together and could start once again, though Nemanja Matic is nearing a return and could offer a more defensive-minded approach if Solskjaer elects to sacrifice a midfielder for an attacker to try and break down Fulham’s resolute defence.

Anthony Martial was replaced after an hour against Liverpool and could be benched in favour of Edinson Cavani or Mason Greenwood, while Marcus Rashford and Bruno Fernandes look certain to start whatever formation the Red Devils employ. Jesse Lingard, Juan Mata and Daniel James remain fringe options.

Both teams look better on the counter when they attack at pace so could cancel each other out. Antonee Robinson will be a big miss on Fulham’s left-hand side and I expect them to struggle against a United defence that has conceded just once in their last four league games.