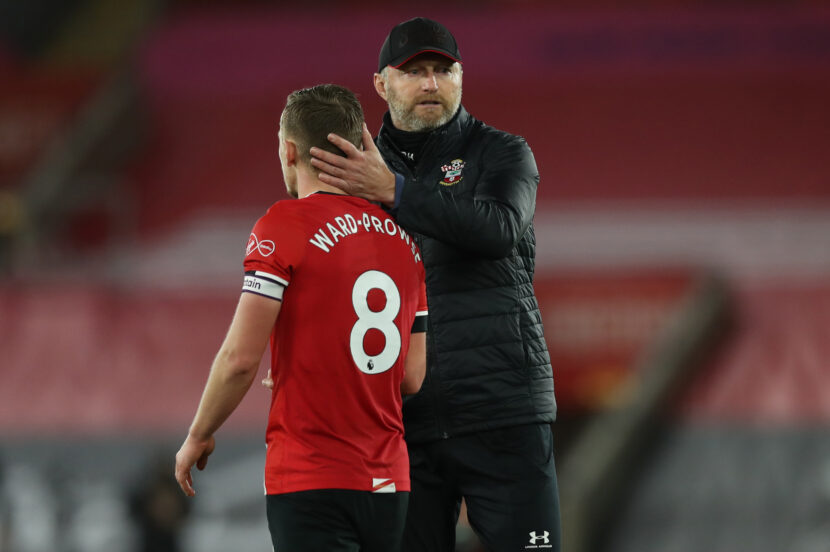 Fulham host Southampton in one of Boxing Day’s 3pm kickoffs with both sides looking to bounce back from frustrating results last weekend.

Scott Parker will not manage Fulham from the sidelines though as he follows self-isolating recommendations. A member of his household has tested positive, though he himself has tested negative so far. The Cottagers were unfortunate to draw with Newcastle, having harshly had Joachim Andersen sent off in the incident which led to Newcastle’s penalty and equaliser. Saints, meanwhile, played their part in an entertaining game against Manchester City, but ultimately left with no points.

Both sides have improved markedly since the start of the season with Fulham close to catching the teams above them as they bid to avoid relegation, while Saints remain just two points off the top four.

Defender Joachim Andersen’s red card against Newcastle was rescinded on appeal and the Dane will start in the centre of defence on Saturday. Tosin Adarabioyo, Ola Aina and Antonee Robinson have started alongside Andersen in every game since game week six; largely coinciding with the Cottagers upturn in form, and are expected to feature once again.

Scott Parker faces a selection headache in midfield, with Harrison Reed and Ruben Loftus-Cheek pressing for recalls. André-Frank Zambo Anguissa and Mario Lemina anchored the middle of the park against the Magpies, with Tom Cairney chief playmaker in the middle. Fulham’s personnel may again depend on Parker’s tactical setup, with the Cottagers capable of lining up in a 4-2-3-1, 3-5-2, or 3-4-3. Lemina will definitely drop out as he is ineligible to face his parent club.

Bobby Decordova-Reid has lined up as both a wing-back and a conventional winger in recent games, operating on the right. Ademola Lookman has started every fixture since game week four and appears the first choice on the left side of attack, though the youngster may be afforded a rest at some point over Christmas.

Forward Ivan Cavaleiro pulled up in the warm-up last weekend and will be assessed before Saturday. If the Portuguese’s hamstring issue is worse than feared Aleksandr Mitrović is in pole position to deputise, with Aboubakar Kamara also waiting in the wings.

Saints could make several changes with a number of key men struggling with injury, while Oriol Romeu will definitely miss the trip to London through suspension having received his fifth yellow card of the season. The established back four of Ryan Bertrand, Jannik Vestergaard, Jan Bednarek and Kyle Walker-Peters could be disrupted, with Vestergaard missing training this week with a knee complaint. Jack Stephens has filled in on occasion so far in 2020/21, though Ralph Hasenhuttl has hinted that summer signing Mohammed Salisu could be in line to make his Saints debut soon.

Romeu’s suspension has opened the door for either Will Smallbone or Ibrahima Diallo to start alongside ever-present captain James Ward-Prowse in central midfield, though Hasenhuttl faces a tense wait on the fitness of his attacking players as he selects wingers and forwards.

Danny Ings lasted less than half of the loss to Manchester City and is expected to miss out, though his absence has not been confirmed. Nathan Redmond is also a doubt with a hip concern, though Stuart Armstrong’s hand injury should not be severe enough to force him out of the trip to Craven Cottage.

Theo Walcott could move from the wing to upfront in the absence of Ings, with Daniel N’Lundulu and Shane Long also options to partner Ché Adams. Moussa Djenepo and Nathan Tella remain options in midfield if Walcott moved forward and Redmond or Armstrong miss out.

This could be a very depleted Southampton team and though they managed without Danny Ings for a spell earlier this season, Oriol Romeu looks like a key loss in the centre of midfield. Fulham will look to counter at speed and be careful in possession and will feel confident after impressive results against Leicester and Liverpool, but I think Southampton will have too much.