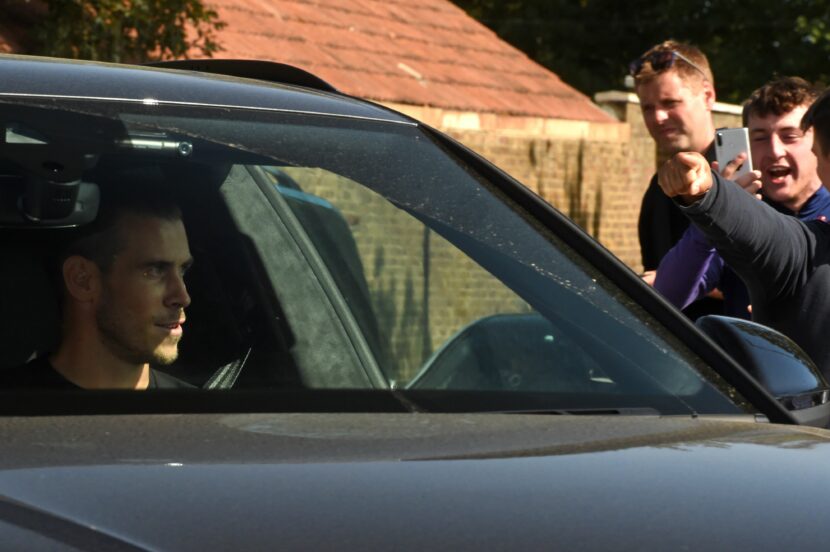 Gareth Bale: How Tottenham could see an attacking revival with a blast from the past

The rumours surrounding Gareth Bale’s move to his former club Tottenham Hotspur moved quickly and assertively by chairman Daniel Levy’s standards. The Welshman arrived in north London from Real Madrid alongside teammate Sergio Reguilón on a Thursday and signed the season-long loan deal by Saturday.

It’s worth recalling that José Mourinho has been at the club for less than a year, but in the coming months we may begin to see whether all the pieces of the puzzle are indeed coming together. A crucial summer transfer window has seen five high-profile players arrive at Spurs, perhaps indicating that we are seeing a turnaround in the north of the capital.

The wait is over… almost

Bale picked up an unfortunate reputation of being – perhaps in an over-exaggerated tone – an injury-prone layabout. He seemed to receive a lot of stick in general from fans in the Spanish capital, despite providing some of the most memorable moments in La Liga and Champions League history not too long ago.

Bale is a much-loved player to Spurs fans, who won’t mind that there should be a short wait until Bale possesses the match fitness to make his return to action. Mourinho himself does not know at this point when Bale will be available, but fans are hopeful that Bale will be back by the end of October at the latest, if it is only a case of match fitness and with the Welshman returning to training this week, his return could be sooner than expected.

However, the presence of Bale in the background could bring a surge of improvement to some of the attacking players in the line-up, in their attempts to retain their first-team places. Extra competition within the squad can never be a bad thing, even if the competitor is sat on the sidelines for the time being.

Where to slot in

There are two obvious attacking individuals who we can immediately rule out of being pushed aside to make way for Bale. The first being Harry Kane, the vice captain and only established striker at the club, and the other Son Heung-min who scored four goals against Southampton. Both of these players are arguably better than Bale anyway.

So Lucas Moura, who Spurs fans adore for single-handedly getting Spurs through the Champions League semi-final, could be the one making way. This could be a like-for-like swap, or we could see Son occupy the right flank, with Bale granted access to the left wing. In truth, any configuration of the front three would be somewhat suitable.

Tottenham’s fixture schedule is about as packed as it possibly could be under regulations, but the squad is beginning to build up a rather uncharacteristic amount of depth, particularly in the attack. Bale is an addition to this in both quality and manpower if he can stay consistently fit.

Despite Son’s recent injury marring stellar performances from Kane and Son together, there is suddenly a huge amount of optimism in the Spurs camp. People have clocked on to the prospect of Bale, Kane and Son playing together as an attacking force to be reckoned with. You have to say that this could rival some of the top attacking trios in the Premier League or even the entire world of football.

What exactly will Bale bring?

Since the departure of Christian Eriksen, it his become more and more obvious that creativity in the midfield is lacking at Spurs. Son and Kane are alike in that they know how to move and pass in the final third, but Kane would benefit from someone else coming deep to distribute the ball to him, rather than him doing the distributing. Bale is of course a very attacking player but has an extra edge when wriggling into central positions and unlocking a defence single-handedly.

Blistering speed and athleticism has never eluded Bale despite his fitness problems, and the thought of him making an instant impact in Tottenham’s attacking intensity could be a big motivator for Kane and Son. Those two link up so well on their own, but with Bale able to put defenders out of the game with forward passes, Kane and Son may have some room to get creative themselves with their runs and combinations.

And of course, we can’t forget that Bale is a goalscorer himself, with a history of spectacular goals from unlikely positions on the field. Goals have not necessarily been a problem for Tottenham under Mourinho, but with defences crumbling all over the country, the more goals the better. It certainly would be a blast from the past if Bale were to smash a ball into the top corner with his famous left foot, whenever his first match back may be.

A player with the calibre of Gareth Bale would bring an air of excitement to any Premier League club, but Tottenham most of all, given the miracles he performed last time he was in north London. Since 2013, when the Welshman left the club, Tottenham have grown in quality and in stature, but have been heading in the wrong direction for a short while. Gareth Bale could be the man to put Tottenham back on track.