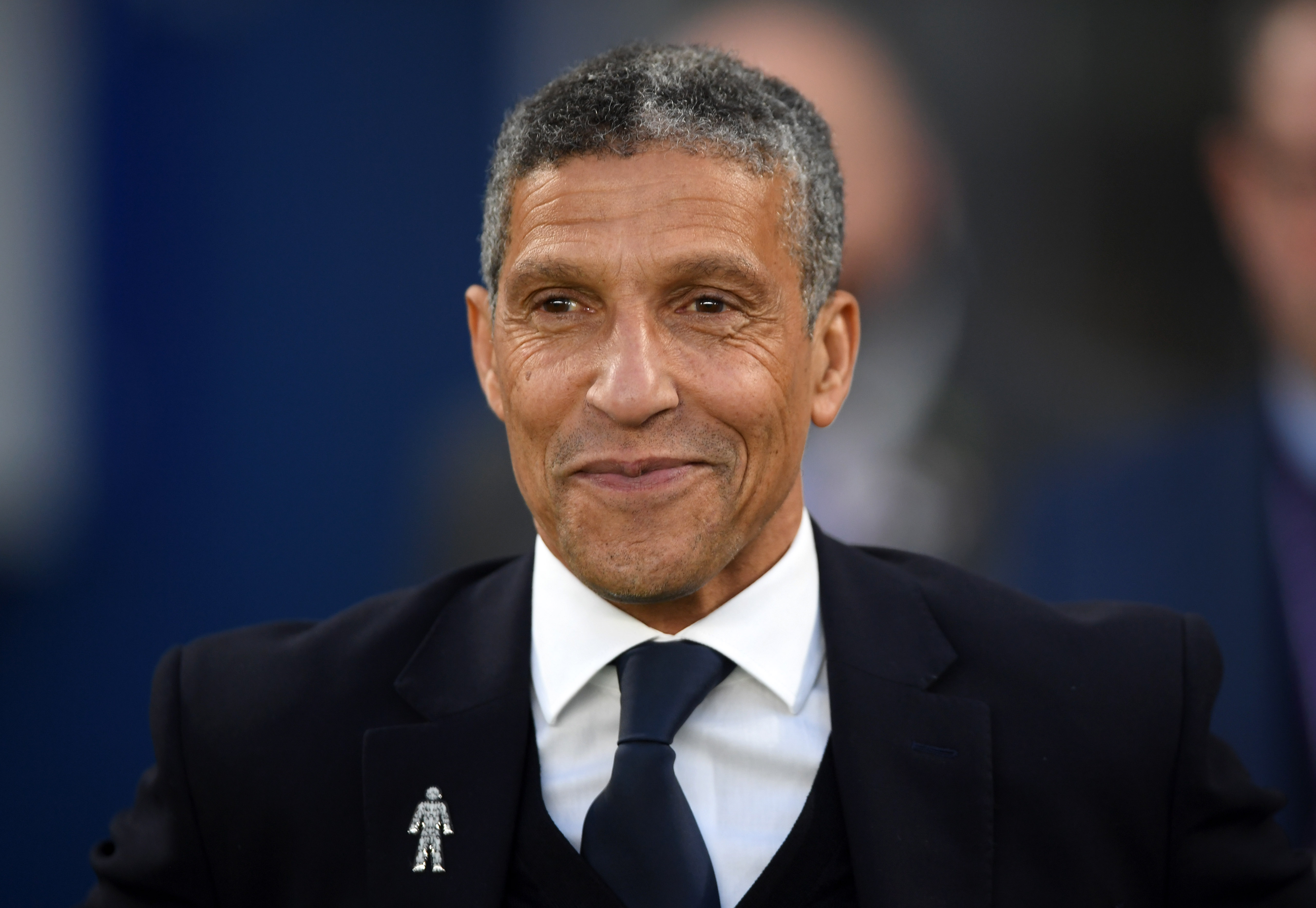 Welcome to Glory Days, a 90MAAT feature series that looks at the greatest season in the history of each Premier League club.

The season we choose will usually be a campaign referred to by fans of the club as something akin to “glory days”, the times when it was great to be a fan of the club when timeless memories were made.

Choosing Brighton’s best-ever season was far from easy. While the club have enjoyed two spells in the top flight, there has not been a sustained period of success.

The Seagulls have also never won a major trophy (they have won the Community Shield and several lower-division titles); but reached the FA Cup Final in 1983 and the semi-final in 2019.

In both of those years, the club endured a torrid league campaign, being relegated in the former season and narrowly surviving the last term before parting company with manager Chris Hughton.

As the 2017/18 season drew near, Chris Hughton’s Brighton and Hove Albion had high hopes of winning promotion. After finishing third and losing in the play-off semi-finals the season before, the feeling was that Brighton would challenge once again.

That feeling proved correct, the Seagulls going on to dominate the league along with runaway favourites Newcastle United.

The season actually started indifferently, with two wins, draws and losses after six games leaving the Seagulls down in 13th. But an 18-game unbeaten run including 14 wins propelled Brighton to the summit, from where they wouldn’t drop lower than second all season.

One of the problems Brighton had faced the previous campaign was turning draws into wins (they only lost five times in 15/16, but drew 17 matches), but Hughton’s men found a way on this occasion, notching up 28 league victories in total.

Their season was typified by resilience at the back and potency up top. The likes of Lewis Dunk and Shane Duffy formed a solid partnership that saw the Seagulls record 21 clean sheets, while Glenn Murray’s 23-goal haul saw him joint second in the Championships top scoring list for the season.

Brighton and Newcastle were runaway leaders at the top of the table and the Seagulls confirmed their promotion with three games to spare. In beating relegation candidates Wigan at the Amex in April, Huddersfield’s draw with Derby later that day sent Brighton fans into raptures, knowing that top-flight football was returning for the first time 34 years.

Though several key players were virtually ever-present, Chris Hughton used a large number of players over the course of the season.

Die-hard Seagulls fans need not be reminded of the club’s main failing the season before; when a disastrous festive period saw Brighton fall away from the summit of the table and eventually finish third on goal difference.

It was a hard but necessary lesson for Chris Hughton and his men, who responded to the setback in emphatic fashion by releasing club captain Gordon Greer and adding depth to a squad that was recognised already as possessing one of the strongest starting XIs in the league.

As a result, only seven players started 30 or more league games. In contrast, the rotation policy employed by Hughton saw another nine players start at least 15 games, while a further eight would make at least one full appearance.

Of the players to appear most, goalkeeper David Stockdale and tricky winger Anthony Knockaert played 45 times, with defenders Lewis Dunk and Bruno next on the list with 43 and 42 appearances respectively.

Over the course of the season, Dunk and Bruno lined up with a plethora of defenders including Shane Duffy, Uwe Hunemeier, Sebastian Pocognoli, Gaetan Bong, Liam Rosenior, Connor Goldson and even a young Fikayo Tomori in his first loan spell away from Chelsea.

In midfield, Dale Stephens and Steve Sidwell were largely the first choices, supported by the likes of Beram Kayal, Jiri Skalak, Oliver Norwood and Solly March; while the attacking threat was provided by Glenn Murray, Jamie Murphy, Sam Baldock and Tomer Hemed.

Though many of these names would move on from the club within months of promotion, several are still with the side in the Premier League and have been huge contributors to the Seagull’s retained top-flight status.

Brighton’s forays into knockout football in 2016/17 were nothing to shout about. The Seagulls played only five matches across the two competitions, reaching the third round of the League Cup and the fourth round of the FA Cup.

If anything, Chris Hughton’s disdain for a cup run served to demonstrate just how highly he was prioritising the league. Though the Seagulls dispatched Colchester and Oxford with four-goal displays in the early stages of the League Cup, they bowed out gracefully at home to fellow Championship side Reading.

By the time the FA Cup reached the third round, Brighton were already clear in the automatic promotion spots. Heavy rotation saw a second-string XI overcome MK Dons at the first attempt, but another inexperienced Seagulls side came unstuck against non-league Lincoln City in the next round.

No surprises here. Championship sides do not often bow out of the FA Cup to non-league opposition, but that is exactly what happened on this occasion.

Not heeding the warning signs flagged up after the Imps beat Ipswich Town in a third-round replay, Brighton travelled north with a second choice XI who were punished after several defensive mistakes.

Despite taking the lead in the first half through Richie Towell, the Seagulls rarely looked settled against a fired-up Lincoln outfit, who hit back through Alan Power before Fikayo Tomori’s own goal and a late clincher from Theo Robinson sealed Brighton’s embarrassment.

Of course, no fan in their right mind would ask for it to have panned out differently in hindsight, with the Seagulls free to concentrate on sealing promotion to the Premier League. In the end, Lincoln went on to beat Premier League Burnley in the following round, so Brighton weren’t their biggest scalp of the cup!

If your team has a pitch invasion, it’s almost certainly the high point of your season. After beating Wigan Athletic 2-1 at the Amex on the 17th April, Seagulls fans stormed the pitch to celebrate their return to the top flight after a 34-year absence.

It was actually far from a vintage performance from Brighton, who looked burdened by the occasion as their relegation-threatened opponents proved stern opposition. Goals from Glenn Murray and Solly March saw the Seagulls 2-0 up before Nick Powell grabbed a late consolation, but the South Coast was in party mood from then on.

The result itself did not actually confirm Brighton’s promotion, but with three games left and only Huddersfield able to equal their points tally but with a far worse goal difference, everyone knew the time had come.

Huddersfield played one of their games in hand in the late kickoff later that day, and a 1-1 draw at Derby was enough to mathematically seal Brighton’s promotion at last.

Picking Brighton’s best-ever season was arguably the hardest so far. The obvious choices were their six top-flight campaigns and both second-tier promotion seasons, but there were positives and negatives to each.

Despite the cup run, it would be ridiculous to claim that Brighton’s greatest ever season was one in which they were relegated. We are ranking the seasons, not the moments after all. From the two remaining campaigns, it was decided that the joy of promotion outweighed that of survival.

As always, if you are a Brighton fan and disagree with our choice, we’d love to hear why. With a stroke or two of luck, one of the coming seasons may just take the title anyway!