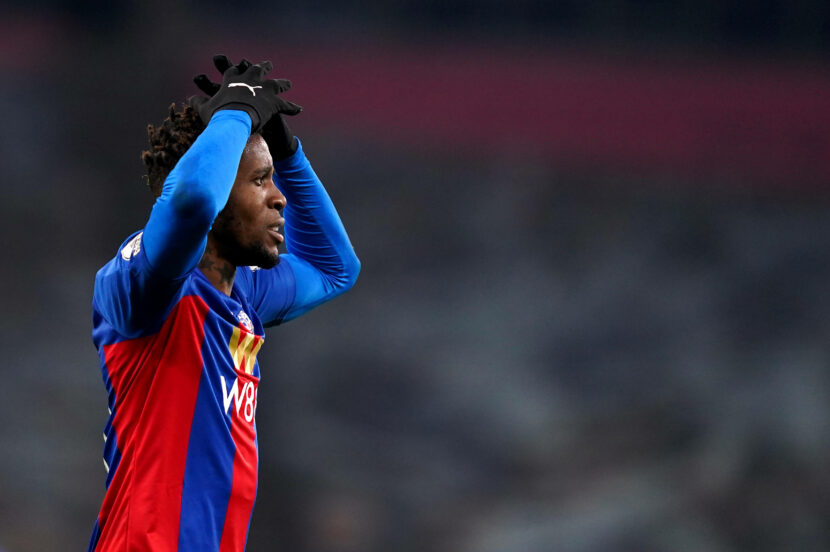 It certainly wasn’t an enjoyable end to Sunday’s 4-1 defeat at the hands of Tottenham Hotspur for the Crystal Palace faithful, despite the re-arrival of club talisman Wilfried Zaha to the starting XI, but not much was expected playing away at a venue the club hadn’t won at since 1997.

The first-half resilience was cancelled out by second-half capitulation. This would have been of great frustration for Palace manager Roy Hodgson. However, getting minutes into his returning duo was of much more significance. A larger cameo for Jeffrey Schlupp this week was dwarfed by the return of Zaha to the Eagles’ teamsheet.

Much has already been made about Palace’s incredibly depressing losing record without their talisman – 18 from their last 24 to be exact. Although, two draws and a win against their bitter rivals, Brighton & Hove Albion, over their preceding three games will most likely have removed said record from their short-term memory, until next time at least.

Noticeably, Palace were much more progressive after Zaha’s introduction at half-time. A second-half that included four of their five shots, eight of their 13 successful dribbles (21 total) and four of their offsides. Offsides, you say? Not something to mention in a positive context… usually. But it indicates to an offensive desire and nous that wasn’t previously there for Palace without Zaha.

Palace’s leading goal scorer this season, with nine currently, was responsible for three of those. He was also the target of 28 other passes. Seemingly not a large number but context, again, is important here. Harry Kane and Gareth Bale were targets 40 and 44 times respectively. As a reminder, Tottenham dominated proceedings quite considerably with 62% possession.

Admittedly, Palace conceded three more goals after Zaha was brought on following their transition to a more balanced style of play. Not great. We have to remember, though, that this was a distinctly different style from the bus they have parked throughout the duration of Zaha’s absence.

This means that a period of adjustment to a more balanced style of play was inevitable and necessary. And it is better for it to come in a game like this one versus Tottenham than it is against a much more beatable opponent, like in their fixture against West Bromwich Albion this weekend.

With Zaha and Schlupp back, Eberechi Eze gaining experience and Christian Benteke back on the scoresheet somewhat consistently, Palace can look towards the rest of the season with a refreshed and positive mindset, and they can go back to playing some actual ‘football’ in the process.