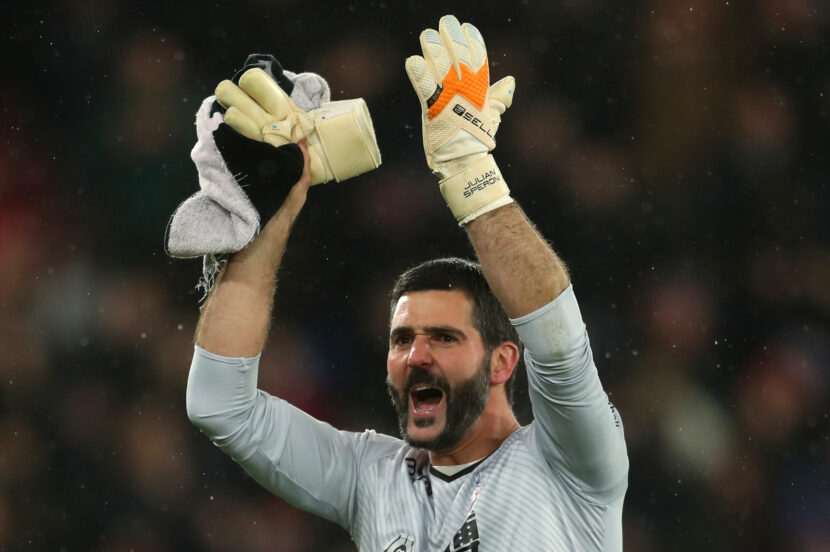 Julian Speroni represented Crystal Palace across 15 seasons, making 402 appearances the fourth most of anyone to represent the south London side. He joined from Dundee United in 2004 for just 900k and went on to become a Selhurst Park legend between the sticks. The Argentinean keeper is an iconic figure at the club, and this has been the first season this side of the millennium Crystal Palace have been in the Premier League without him. The now 40-year-old was effectively forced to hang up his gloves when Vicente Guaita arrived from Getafe and had a stellar season between the sticks.

In just under two full Premier League campaigns Guaita is already hot on the heels of Speroni’s premier league record. The Argentinean made 93 top-flight appearances, keeping 20 clean sheets, as Palace bounced back from relegation to the Championship in his debut campaign. Meanwhile, as part of a considerably more established side Guaita has made 47 appearances, keeping 16 clean sheets, as he closes in on eclipsing Speroni’s total in almost half of the time.

Furthermore, the Spaniard just 54 goals in 51 matches for the Eagles, an incredibly impressive averages of letting in 1.06 strikes per game. However, the Argentine keeper conceded 496 goals in 402 games for the south London outfit, meaning that so far Guaita has bettered his former teammate by 0.14. Not only is the Spaniard keeping more clean sheets but he is also conceding considerably less frequently than the former Palace stopper.

Another telling factor that Speroni was not likely to win his place back is that Guaita has made just one error leading to the opposition scoring, while the former Dundee goalkeeper made five mistakes which cost his side a goal. The fact he is less error-prone than his predecessor is more validation that the Spaniard has warranted his place as Crystal Palace’s number one.

Bringing in the 33-year-old Spaniard on a free transfer has proven to be an incredibly shrewd move by the Eagles. He has been a commanding presence between the sticks and he has the fifth most clean sheets in the Premier League this term, nine. After spending one season together Speroni retired after limited minutes, making just one appearance in 2018/19. Age taking its toll and Guaita’s emerging presence effectively ended Crystal Palace legend Speroni’s career.