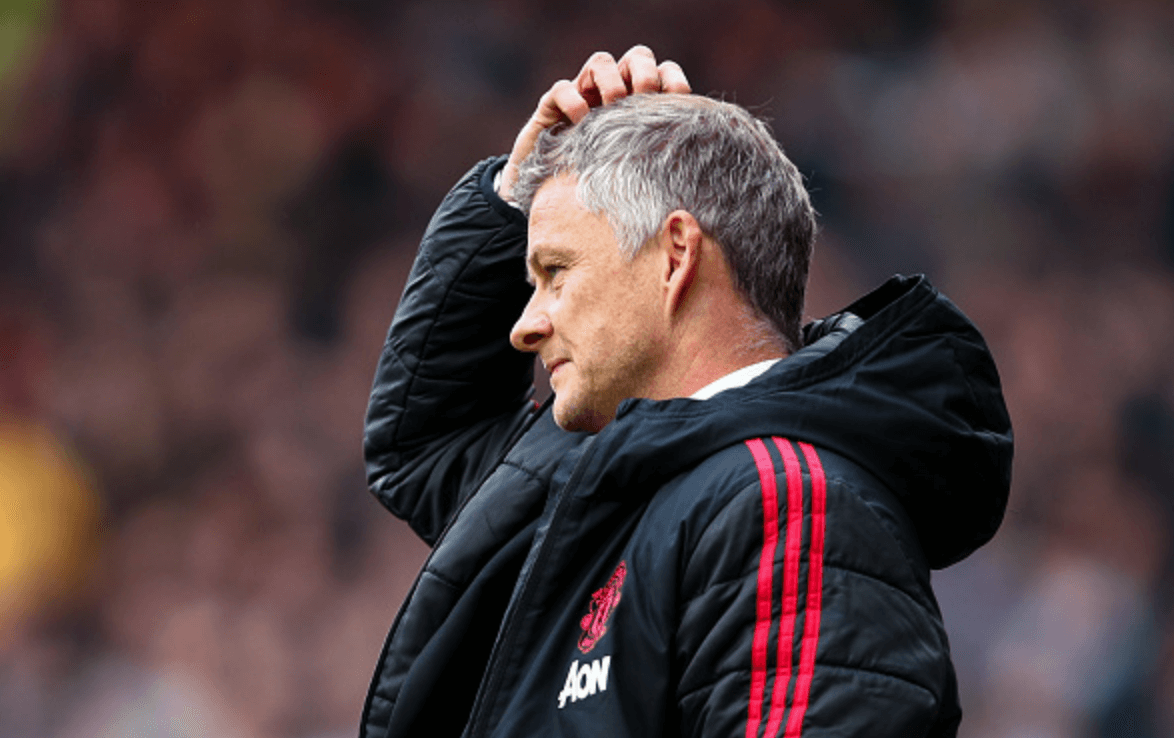 Manchester United dropped to sixth in the league and were eliminated from the race for the top four as they were held to a draw by relegated Huddersfield Town.

It was another abject performance from a woeful United side who are need of a massive overhaul this summer of they are to ever challenge the likes of Liverpool and Manchester City again. United started well and took the lead though Scott McTominay in the 8th minute but their performance dropped not long after.

United failed to increase their lead and, as the half wore on, they eventually lost their grip on the game. Huddersfield did well to keep the score at 1-0 before half time but looked more and more dangerous as the game progressed.

Better late than never, Isaac Mbenza got his first Huddersfield goal in the 60th minute after United were caught on the break after a corner. Mbenza did well to keep his cool and slot the ball past De Gea and the Belgian’s relief was evident in his celebration which led to a broken corner flag and eight minutes of injury time.

And that was how United’s race for the top four ended. All credit must go to Huddersfield who played for the pride today and deserved the result.

Huddersfield Give Home Fans and Hoyle a Sendoff

Huddersfield played their final home game of the season as the John Smith’s Stadium says goodbye to Premier League football for at least another year, as well as departing chairman Dean Hoyle who has sold up, citing ill health.

It’s not surprising this Huddersfield side have been relegated this season as this was the first point they have won in the league since they beat Wolves in late-February.

Having only won 14 points this season, it is evident that there is simply not enough quality in this Huddersfield squad to survive the rigours of the Premier League. The Terriers had only their pride to play for today and put on a good show for the home fans.

There was an energy and enthusiasm about the side which belied their relegated status and Jan Siewert will have a better idea of who to build his team around next season in the Championship.

United started out well in the first fifteen minutes, dictating proceedings and slicing through the Huddersfield midfield. However as the half wore on, so too did United’s influence on the game.

It was a sight all too common to United fans this season, far too often have United surrendered their hold of a game before capitalising on their performances. The Red Devil’s midfield struggled to maintain their intensity beyond the first fifteen minutes and their complacency was punished in the second half when Huddersfield equalised.

This is a woeful United side whose lack of ability is matched only by their lack of effort and heart.

Top Four All but Decided

Chelsea look certain to clinch the final Champions League spot in what has been a truly bizarre competition for the top four this season.

All three sides gunning for the final spot, United, Arsenal and Chelsea, have all dropped invaluable points in these final weeks. However, with today’s result, Sarri’s men should be in the Champions League next season as United are left to reflect on a disastrous season.