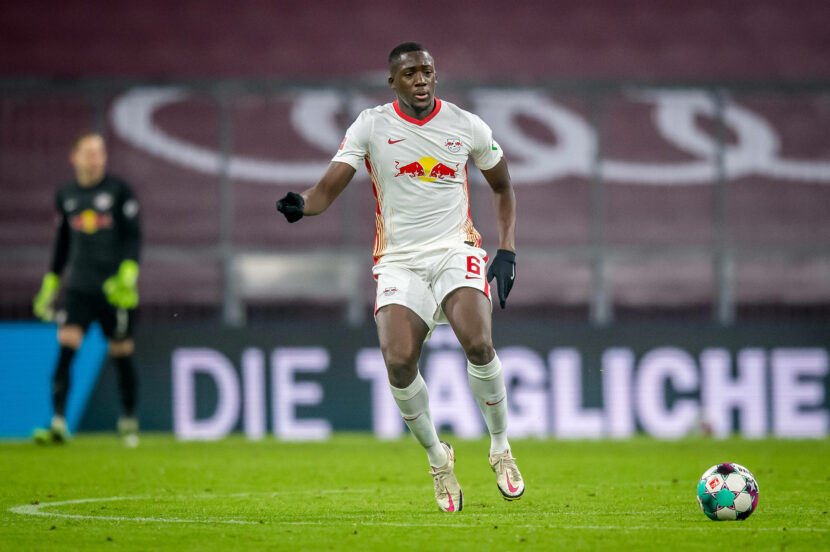 By Will ChattellLiverpoolPremier LeagueTransfer News | 2 April, 2021

The Reds need to bounce back after a season plagued with injuries, illnesses, and financial headaches – Liverpool must strengthen their squad.

According to David Ornstein, Liverpool could potentially sign Ibrahima Konate for £34m in the summer.

The journalist who broke the story, David Ornstein, told the Red Agenda Podcast that this signing would be a steal:

“Konate is, according to many people we speak to in the game, is viewed as having the highest bar”

“If Liverpool manages to do this deal, more informed people than me say that he could be an absolute steal, even at £40m. He could be a starting centre half for the next decade and beyond.”

The current makeshift Liverpool defence is not by any means a permanent fix and Klopp will be demanding reinforcements in the summer.

Liverpool’s defensive issues have been momentarily fixed, through the partnership of Nat Phillips and Ozan Kabak. But once the season ends, and Kabak’s loan spell finishes, The Reds will be left with a decision – sign Kabak on a permanent transfer or release him back to Schalke.

The signing of Konate would almost guarantee the departure of Kabak back to Germany.

Konate is just 21-years-old and is seen as one of the most exciting defensive prospects in the game. The Frenchman is not a regular starter at his Bundesliga club, but his performances have shown huge potential that cannot be kept quiet.

Konate, who is 6ft 4″, is a perfect match for Klopp, who prefers his centre backs to be especially tall. Not only is he an aerial monster, but Konate is also known for his rapid recovery pace when making last-ditch tackles. The prospect of Konate alongside Van Dijk has left many Liverpool fans giddy at what would be a mouth-watering partnership.

Joel Matip and Joe Gomez are Liverpool’s other two defenders who will eventually return from injury. This leaves the question – why sign another centre back?

Manchester City are a prime example of how important squad depth is to a team. The Citizens can compete in all competitions with very strong lineups, because of their remarkable depth. To compete in more competitions and avoid overplaying, which ultimately leads to injuries, players like Konate would make a huge difference to Liverpool.

With this said Matip, Gomez and Van Dijk have missed a whole season of football and unfortunately, they might not return the same players they once were.

The signing of Konate would not only bolster squad depth, but he might even prove to be an upgrade on certain players – a huge transfer that could reap the rewards in the future.