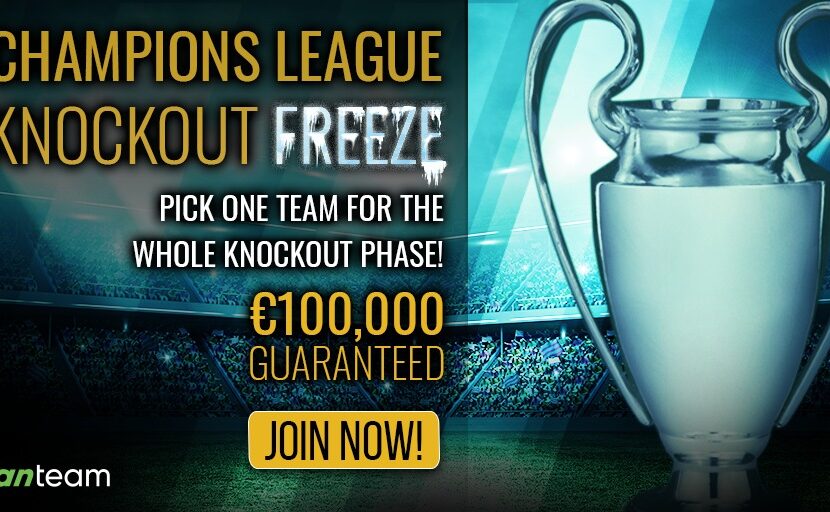 The 2019/20 UEFA Champions League is gearing up for a spectacular finish and Fanteam is hosting another big event with a HUGE guaranteed prize pool of €100,000! The group stage is over, leaving 16 of Europe’s elite in the knockout phase. This year, the Champions League is more open than ever before with a series of mouth-watering ties to enjoy over the coming weeks! Multiple blockbuster fixtures are the perfect ingredients for a season-style fantasy game, and Fanteam have once again answered the call. Click here to join!

Usually, cup format tournaments are not ideal for a regular season game, but Europe’s biggest daily fantasy sports platform came up with the knockout freeze format! This means users will not be able to change anything about their team. Once the first match of the knock out phase starts, there will be no transfers, no captain changes, no swapping the substitutes around – nothing! You have the same group of players for the whole knockout stages!

Possibilities are big for most of the teams left in the Champions League but if you want to climb the leaderboard up to the top and win the €25,000 first prize you should probably pick players from two teams which could meet each other in the final. Check out all the players and pick you team here.

Just relax, lean back and root for your players to do the job! Enjoy the Champions League with an added edge! Can you grab one of the top prizes? There are 600 cash prizes on offer!

See all the rules, regulations and summary of the prizes here.

Rules and other info