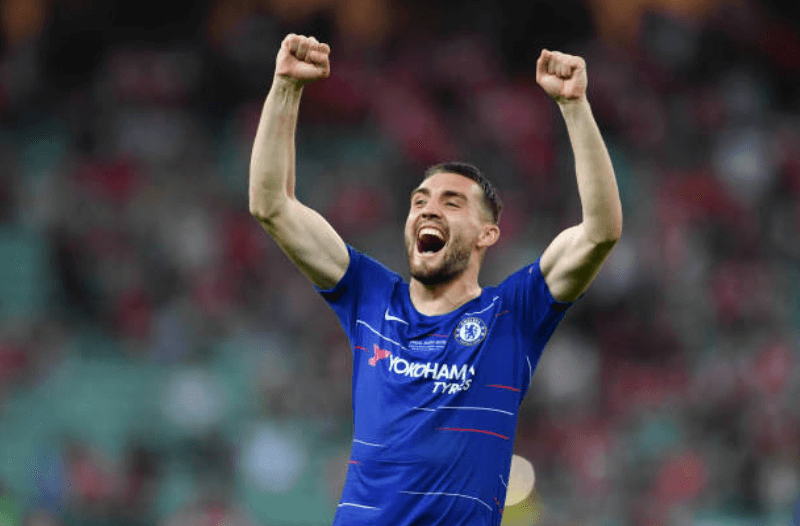 Sirens are roaring at Stamford Bridge as a large ticking clock looms over the heads of the Chelsea executives who are scrambling to figure out how in the world they are going to compete in the Premier League with a transfer embargo hoisted onto them by FIFA until 2020.

It’s a scene akin to Homer Simpson and the Springfield Nuclear Power Plant – although Mr Burns is probably more compassionate than Roman Abramovich. Managerless, powerless and desperate, the suits at Stamford Bridge dart their eyes towards Mateo Kovačić – throwing money at him before he can scuttle out of the door and return to the Bernabeu.

With the deal set to take place around the 40-million pound mark, Kovačić may be the only signing Chelsea can get over the line before they’re shackled with a transfer ban, but is it the right move for a team seemingly in administrative limbo?

On the surface, it may seem like a clear cut decision for Chelsea: sign a three-time Champions League winner who is settled in London and is vocal about wanting to stay at the club versus recruiting no additional players at all until next January.

At only 25-years-old, Kovačić is clearly a talent who can be developed at Stamford Bridge. The Croatian adept ability at holding onto possession in the middle of the park and passing it out to the wings – a trait showcased best during his time at Real Madrid – is something which should suit the Premier League and Chelsea.

Maurizio Sarri expressed great praise for the central midfielder during his stint at the helm of Stamford Bridge and after featuring Kovacic 50 times over the course of the season, he even stated his desire to pay Madrid the desired £45million in order to extend the World Cup finalist’s stay in the capital. This was perhaps a surprise to many due to the midfielders lacklustre statistics with only two assists and not a single goal during his time playing in Chelsea blue. Sarri’s opinion is now invalid too which has left Chelsea supporters seemingly in two minds regarding the Croatian loanee – half wanting him to leave and half wanting him to stay.

Kovačić could become the Blues only signing this window – a reality which is looking increasingly likely due to the aforementioned executives looking set to throw money at anyone just to get a player through the door. Yet it’s hard to see how the midfielder will benefit the squad in any way, especially with a new regime coming in following Sarri’s departure.

Mateo is undoubtedly proficient at keeping a hold of possession in the centre of the field, although it’s his lack of orchestration with the ball that puts his £45 million price tag into question. Although Sarri favoured the Croatian, his lack of forward thrust and negative attitude was a huge hindrance on the fluid attacking ‘Sarriball’ style that the manager was attempting to emulate from his time at Napoli.

This was the case especially when Kovačić was positioned as a left-sided central midfielder in a 4-3-3 as it largely negated any attacking play from the left-wing, a huge hurdle when Chelsea’s main attacking outlet in Eden Hazard was on that left-wing.

Now that Chelsea’s Belgian superstar has left for the Bernabeu and with it impossible for Chelsea to replace him with another talisman that can produce something out of nothing, the Blues need every attacking cog working in their machine to be as lethal in front of goal as they have been – something Kovacic certainly doesn’t bring at his current level.

Additionally, the Croatian doesn’t have the preference of Sarri to rely on for the 2019/20 season as ‘Super’ Frank Lampard seems set to take over at the club that he etched his name into as a player; after a phenomenal season of tasking Derby County to the dizzy heights of 6th in the Championship.

This regime change certainly doesn’t bode well for the former Inter Milan man. With Lampard somewhat an attacking midfielder during his days at Chelsea he is also likely to favour Chelsea’s youth if he is to take charge at Stamford Bridge with Kovacic likely to fall victim to a youthful preference. The likes of Mason Mount, a player Lampard managed at Derby, would be keen on breaking through at Chelsea if Lampard is to take over this summer. With 11 goals and four assists for the Rams last season, the 20-year-old is the biggest threat to Kovačić as Chelsea will look to utilise their under-utilised youth prospects more than ever.

Whilst the strength and defensive mindset of Kovačić is certainly more profound than Mount’s defensive ability, the England U21 international has proven to be a real attacking threat in all positions in the centre of the field; regularly fuelling attacking play with short passes as well as being fairly prolific and dangerous from long range – making him a much better fit than Kovačić in a team striving for an attacking threat upon the exit of Hazard.

Furthermore, talents like 19-year-old Reece James who featured during the second half of the season at Wigan Athletic on loan from Chelsea could come into the set up in the capital. Despite playing the first half of the season at right back, he showed how he could engineer and orchestrate attacks from a central-defensive midfield role in the second half of the campaign. James could arguably even fill the defensive hole that Kovačić might leave – leaving the Croat largely redundant.

Whilst Chelsea supporters and board members alike might be tearing their hair out over their current predicament whilst desperately striving to get the signing of Mateo Kovačić over the line before their transfer embargo comes into effect, the signing may not be the best outcome for either party – unless Kovačić wants to become an understudy for Chelsea’s flourishing youth who are breaking through at Stamford Bridge.

With every facet of Chelsea Football Club at their panic stations with no manager, no incoming players and no real direction at this moment in time, making his stay permanent would be a huge gamble for Mateo Kovačić – with fans inevitably showing their distaste at the square peg of the Croatian not fitting into the round hole of an attacking tactical approach.