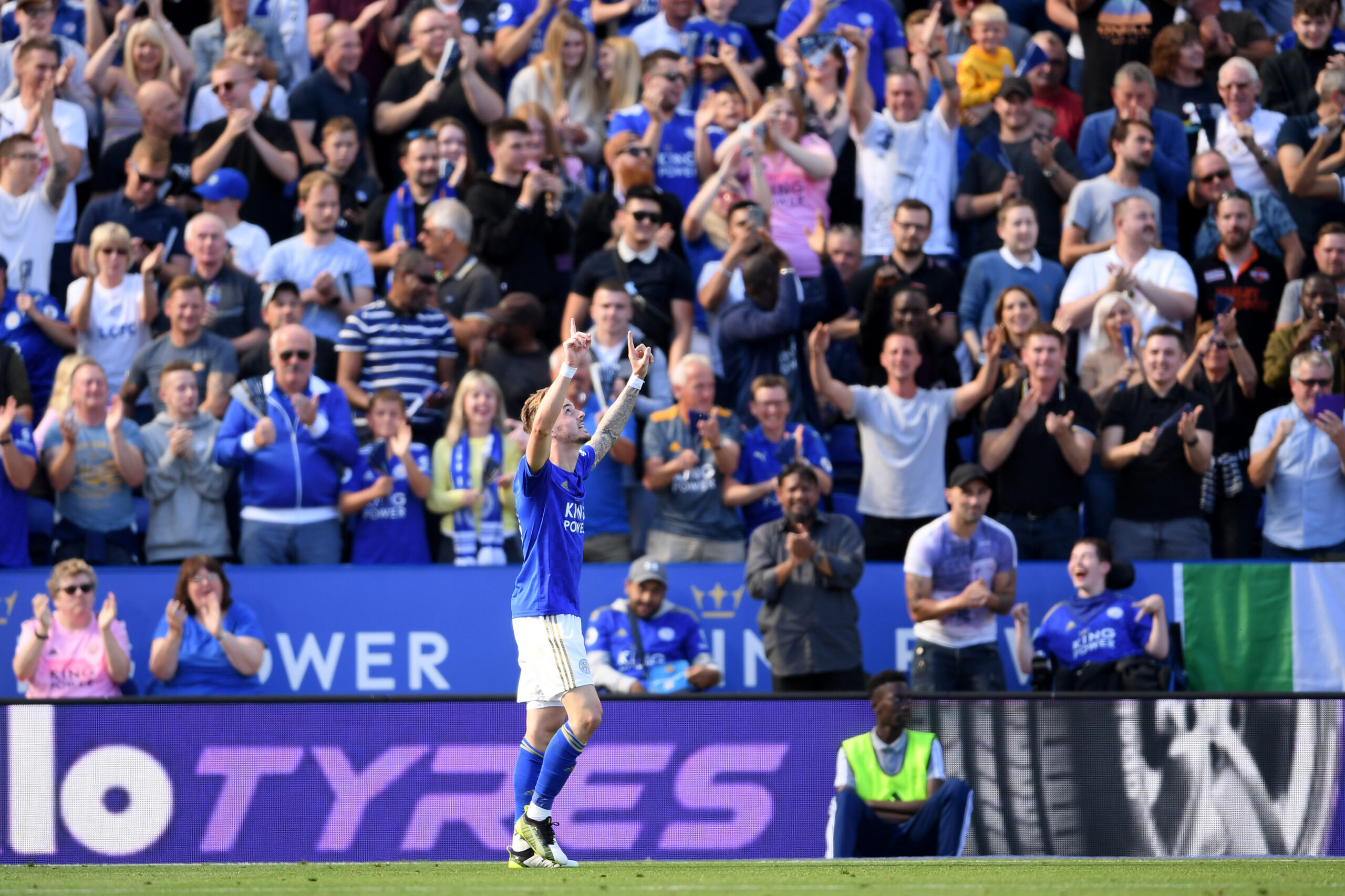 James Maddison: what next for the Leicester City midfielder?

Leicester City midfielder James Maddison was out to make a statement this weekend, and not just a fashion statement.

In the Foxes’ comeback win over Spurs, Maddison played a vital role throughout the game as both creator, provider and hero as he netted the winning goal with a stunning 40-yard strike. He was Leicester’s focal point in the first half as well as the second, dancing around defenders with elusive dribbles and curling in wicked corners that Vertonghen and Alderweireld did well to deal with; although at first, he seemed to lack the crucial end product needed to pip the foxes in front.

But even this was fixed after half time and, after Serge Aurier’s goal had been ruled out for a slightly controversial offside, Maddison was involved in the fast build-up for Ricardo Pereira’s equaliser; receiving the ball, quickly turning, and playing through Jamie Vardy for his cross to the back post.

The winner was all on Maddison though, as he collected the ball from Hamza Choudhury, took a few strides, and unleashed a rocket that curled past Gazzaniga’s outstretched fingers. Cue wild celebrations from Leicester players, fans and, of course, Maddison himself.

This game follows as the latest in a number of stellar performances from the young midfielder this season, adding his first goal of the season to his haul of two assists. He’s hardly gone unnoticed either, with pundits and plaudits praising Maddison for his creativity, skill and talent. The praise from manager Brendan Rodgers could not be higher too, with the former Liverpool boss comparing Maddison’s talent to that of Bayern Munich midfielder Phillipe Coutinho just last week.

His first season for Leicester, in which he broke through into the Premier League and a call up to the England squad, Maddison managed an impressive total of seven goals, more than Dele Alli and David Silva, and seven assists – as many as Bernardo Silva and one more than Roberto Firmino.

His most notable statistic, however, was the number of key passes played. Maddison played an average of 2.8 key passes per games, which was higher than anyone else in the Premier League, and even Eden Hazard could only amount an average of 2.6. Both Christian Eriksen and David Silva sat on 2.2, far below the Leicester midfielder.

His numbers from this season show that he is only getting better. Maddison already has as many shots as Harry Kane (20), as many through balls as Kevin De Bruyne (five), and nearly as many crosses as the prolific Belgian too (50 to 49). All these performances and goals would indicate that Maddison is moving in the right direction, but what is the next stage in his development – and should he have already taken it?

What’s the next step for Maddison?

The answer is, of course, England. Any player willing to rise through the ranks of football, like Maddison is, knows that breaking into the national team is not only important, but necessary. There is invaluable experience to be learned in international football, be that in the different types of opponents or a differing style of play from their club. With Gareth Southgate at the helm of a renewed and youth-oriented England team, this should be an environment Maddison thrives in. And yet he has a grand total of zero minutes for the senior side.

Figuring out why this is the case is something of difficult task. Maddison’s inclusion in the squad for England’s qualifiers against Bulgaria and Kosovo was not his first time in the senior team, but it was the first time he had been called up in the initial squad-sheet. Many thought that this signalled that Southgate was ready to test Maddison in the team, but the Coventry-born midfielder did not even get called on as a substitution.

Pundits and fans alike were left asking why. It certainly could not have been the case of lack of end product or form, as Southgate’s starting choice for the more attacking midfielder, Ross Barkley, has created no goals this season to Maddison’s three and made six less last season too.

Nor was it experience either, as Mason Mount found himself being brought on as a substitute in both games despite having 36 less Premier League appearances. Mount also received senior team minutes during the Nations League finals, at a time when he had never played in the Premier League. With both of these rather important variables already discarded with – there seem to be only a couple of reasons why Maddison hasn’t been given an elusive England cap.

What’s holding him back?

One could be the amount of time spent in the squad. Maddison has not been around the senior team as long as the other players Southgate has picked, with Barkley especially experienced for England and Mount blooded rather young.

This is not a factor the midfielder can really change, however, as being called up does not seem to depend on age or Premier League experience. Southgate seems to select and bring through players when he feels they are ready, or if he thinks they are particularly well suited to the team like Jadon Sancho or Declan Rice are.

Perhaps it is Maddison’s lack of suitability that is holding him back – in particular, his position. The attacking midfielder seems to be most potent playing as a 10, behind one or two strikers, or as a very advanced 8 who does not need to perform defensive duties (which he is admittedly not very good at but has begun to improve).

Southgate does not employ a number 10 in his 4-3-3, but does have two 8s in front of a 6 who is focused on distribution. The 8s, therefore, are usually box-to-box midfielders who are effective in both phases of the game such as Jordan Henderson. Recently, Southgate has played Henderson alongside someone more attacking minded, such as Barkley or Mount, but the players he picks usually have a good defensive work rate – something Maddison does lack.

It seems then, that a compromise may be needed. Either Maddison will have to improve the defensive side of his game which, to credit him, he has tried to do this season, or Southgate will need to sacrifice some defensive capability for Maddison’s offensive talents. For Maddison to progress, he needs to be the one that does the compromising. There is no doubt that, once he has time and opportunity to prove his worth, Southgate will only regret not playing him earlier.

What does the future hold?

When Maddison secures a much-desired call-up, his soaring rise up the ranks of football may just be inevitable. He has the talent, the determination, and, crucially, he has the attitude too. Assuredly confident to levels nearing, but not touching, arrogance, Maddison could be as much a personality as he is a footballer – something that will no doubt be of great help to him in securing attention from fans, sponsors and buyers.

Leicester City are undoubtedly the perfect club for him right now, where he is an assured starter who plays 90 minutes almost every game. But for someone with ambitions like Maddison, his tenure in the East Midlands likely depends on where they end up this season – a finish anywhere other than the top six is unlikely to satisfy him and, with Manchester United circling, the path Harry Maguire took could soon be taken again. Only the future can tell where Maddison will end up but, for such a talent, the sky really does seem to be the limit.