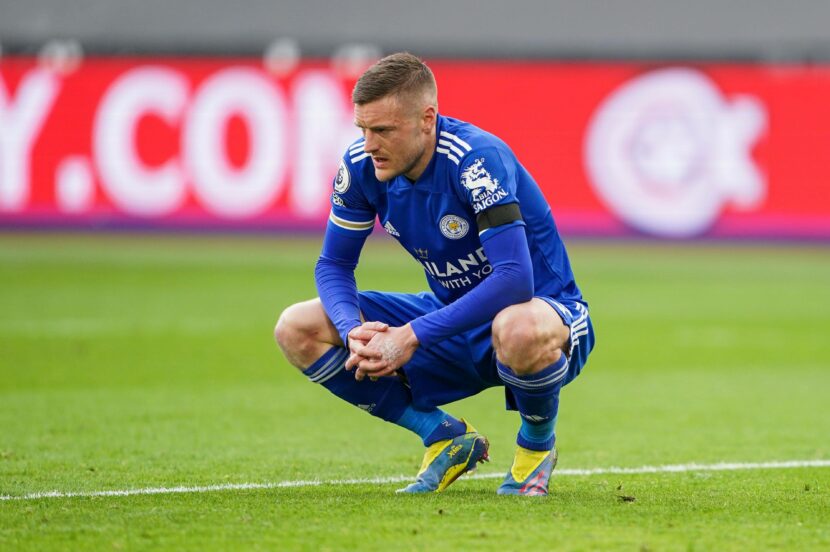 Leicester City’s season is in danger of collapsing, with the dismal form of their most iconic player a primary factor in their downturn. Defeat at West Ham on Sunday has left them desperate for on-field inspiration in order to prevent a summer of frustration in the East Midlands.

On the surface, Jamie Vardy’s return of 12 goals from 27 Premier League matches this season indicates yet another productive campaign for the explosive striker. Look a little deeper, though, and it is not difficult to isolate a key reason that the Foxes are now looking nervously over their shoulder at an intimidating Champions League-chasing pack.

Vardy has failed to register a shot on target from open play in 70% (19 of 27) of his league appearances in 20/21. Now 34 years old, questions are being asked for the first time as to whether his peak may have passed. At a stage of the season where Leicester desperately need everybody firing on all cylinders, their chief focal point has faded in the background.

Half of the former England man’s 12 goals this season have been penalties, with four of those coming in an early-season blitz in September. Vardy and Leicester started the season in fine form but things have dried up drastically for the veteran forward since. Brendan Rodgers has backed his man to rediscover his spark but his encouragement has yet to result in on-field results.

Vardy has always been hugely valuable to Leicester even when not scoring, with his trademark runs stretching and pressurising defenders into mistakes. Worryingly, this season, it isn’t only the goal tally that has declined. Vardy has consistently struggled to involve himself in games, epitomised by a total of ten touches in the recent defeat to Man City. It would be extremely difficult to argue, on current form at least, that Kelechi Iheanacho hasn’t become the most important attacker at the King Power.

Jamie Vardy’s legacy at Leicester is well and truly established. The title-winning striker will go down as one of the greatest players to ever wear the famous blue shirt and will rightfully hold cult hero status for decades to come. It is, therefore, somewhat sad to begin questioning whether time and age have caught up with the man most synonymous with Leicester’s incredible recent rise.