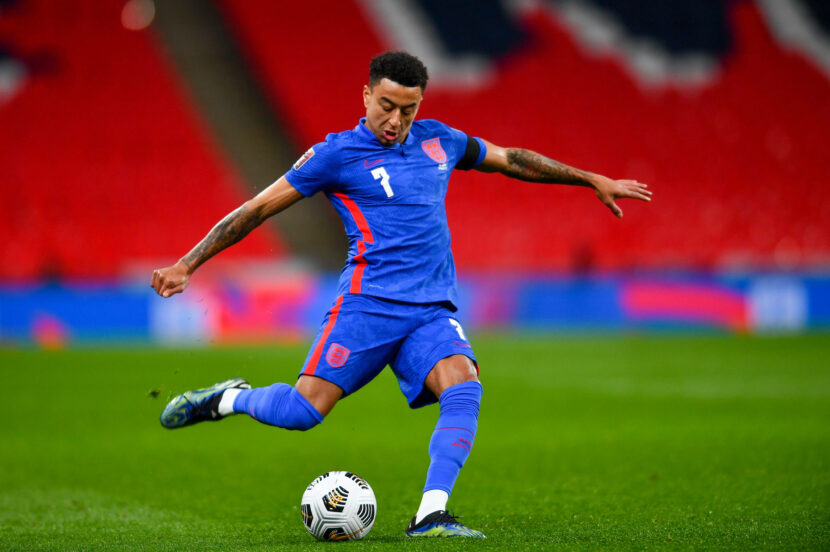 Jesse Lingard: the midfielder firmly back in contention for Southgate’s summer plan

As England brushed away San Marino last night, the conversation did not centre around the win itself but its bearings on the Euro 2020 squad.

Gareth Southgate was happy to hand out debuts for a whole host of players, as England racked up first caps and first goals all around, while the decisions Southgate must make on who to take on their European tour multiplied. Amidst the contention, where teammates battled each other for a place on the plane, Jesse Lingard set out to stake his claim.

The only attacking player to play the whole 90 minutes, Lingard was given the birth to prove himself on the international stage – and he was relentless in his chance to show how important he could be. It might have only been San Marino, but the attacking midfielder played as if it was a World Cup quarter-final.

He was constantly active, playing for the ball whenever he was given the opportunity, involving himself in inter-play and letting loose shot after shot towards the surprisingly competent San Marino goalkeeper, Benedettini. Despite earnest attempts, Lingard did not get the goal he was clearly so desperate for, and in the end had to settle for a lone assist to a Dominic Calvert-Lewin goal. Yet it was his energy that was most impressive, and this is what Southgate would have been studying throughout the game.

Already a visibly large fan of the energetic Mason Mount, the England manager would have no doubt been impressed by Lingard’s vivacity on his 50th game in charge. It goes without saying that Lingard has a lot of catching up to do compared to compatriots Mount and Foden in the race for a place, with his “fortunate” call-up only permitted due to what Southgate called “injuries in attacking areas” – notably Jack Grealish and James Maddison.

Yet Southgate also spoke of the need to include “tournament experience” in his team – which Lingard himself certainly has after being one of the standout names at the last World cup. Indeed, the midfielder’s best moments have come in an England shirt, and he has proved that he has the aptitude to perform on the big stage: a factor that may become increasingly important to Southgate as the Euros close in.

Realistically, Lingard remains at least fourth or fifth in the pecking order of attacking midfielders. Mason Mount seems displaceable as Southgate’s favourite, with Jack Grealish’s rich displays in previous performances forcing his way into second place. The raw talent of Phil Foden earns him third place, which leaves Lingard below the cut-off line; it is hard to imagine, in a 23 man squad, that Southgate would take more than three attacking midfielders.

Lingard’s performance in itself was good, though unfortunately not at the level which immediately books his ticket. But less than two months ago, in January, when the idea Lingard would get called up seemed totally outlandish. In the space of two months and seven games, the midfielder has reversed his fortunes, found his form by creating eight goals, and found himself back in an England shirt.

It is not unreasonable to think that two more months could see him back in Southgate’s plans and amongst the 23-man squad for Euro 2020. Lingard is no favourite – but there is no doubt that he is back in contention.