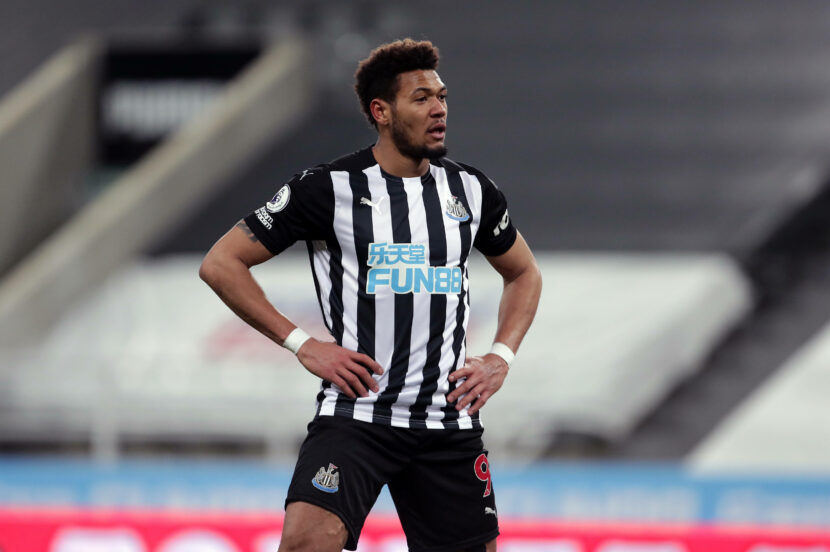 Joelinton: the competition for Newcastle’s flop for the worst ever PL striker

The thing that stands out with the unsuccessful transfer of Joelinton to Newcastle, is that the failure was just so easy to predict. Joelinton arrived at St James Park in 2019 having accrued an underwhelming stat line of seven goals and 5 assists in 29 appearances in German football. Across 60 matches on loan at Rapid Vienna he produced a goal to game ratio of one in four. In his sole Bundesliga campaign, he failed to reach half the tally of two of his own teammates (Andrej Kramaric with 17 and Ishak Belfodil 16), yet Mike Ashley decided it was time to send £40m of his Sports Direct savings to the bank of Hoffenheim in return for the anything but prolific striker.

It has become almost a lazy option to pin Newcastle’s problems on their most expensive asset. There are far deeper issues at the club than a player whose most headline-grabbing act this season was getting an illegal haircut. There is no avoiding the fact, however, that the luckless striker has established himself in the Premier League Hall of Shame. Only a relegation-avoiding goal spree can save the Brazilian from serving as a punchline for years to come.

So, in terms of strikers, is Joelinton now the biggest flop in Premier League history? On closer examination he does, in fact, have plenty of competition for that crown;

Kudos if you are not a Southampton supporter and remember the name Guido Carillo. Apologies for bringing him up if you are. Ten appearances with zero returns mean that the Argentinian ‘hitman’ eventually left the South Coast with an inferior goal ratio to Joelinton. In fairness, Saints legend Francis Benali scored once in 389 appearances (as he discussed exclusively with 90maat here) and still has a better ratio than Carillo.

The Saints’ mistake doesn’t receive the stick that Joelinton does, simply because nobody remembers he ever existed. £19.8m per assist, £1.98m per appearance and a princely £161,ooo per pass before leaving for free. Magnificent business. Carillo has three goals for Elche this season, if you care. Which you don’t.

Chelsea could fill this list by themselves with Torres, Morata, Mutu and more, but the struggles of a true legend of world football felt more painful than the rest. Shevchenko’s Premier League spell is the only blot on a sparkling club and international career laden with wonder goals and silverware.

Unfortunately, having lost his explosive acceleration, it never worked out for Ukraine’s greatest ever player at Stamford Bridge. A personal vanity project for Roman Abramovich, Shevchenko’s meagre return of nine goals from 48 league starts was a huge disappointment for his club and neutral supporters alike. 22 strikes across 77 appearances in all competitions would be viewed as a reasonable return for many strikers, but Shevchenko was not ‘many strikers’ and his mastery at Milan meant that his average Chelsea efforts felt like a huge flop. A brace in a 4-4 classic against Aston Villa offered a glimpse of his true talents. What might have been had he arrived a year or two earlier.

Roberto Soldado was an excellent footballer, except whilst playing for Tottenham. Three goals from open play across two seasons is a sad return for a striker who had found the net at a rate of 0.58 per game in 101 matches for Valencia. His attitude was good, he had the fans on his side, he clearly gave everything but for whatever reason, Soldado’s goal poaching style just didn’t work at White Hart Lane, something he regrets to this day.

Vincent Janssen is not an excellent footballer. 2 Premier League goals (including a penalty) at a rate of 0.06 per game testify to that. Despite a prolific season in the Eredivisie, Janssen was always going to play second fiddle to Harry Kane at Spurs. By the time he departed the club he was neither second fiddle, nor third, fourth…

Janssen, still only 26, now plies his trade in Mexico for Monterrey. The persistent Soldado, on the other hand, has 11 goals this season across La Liga and the Europa League for upstart Granada, still proving his Spurs failure a blip at the ripe old age of 35.

Kostas Mitroglou was signed on January deadline day in 2014, tasked with scoring the goals to keep Fulham in the Premier League. Mitroglou played three times, scoring zero goals. Fulham were relegated. He arrived injured and things never improved from there. Rightfully thought of as the worst transfer in Fulham history. Just about the dictionary definition of a flop. At least Joelinton has given it a proper go.

It wasn’t meant to work out like this for the U17 World Cup golden boot winner. Life, and relegation, come at you fast. He still has time on his side to change the narrative.

If you’re too young to know the legend of Ali Dia, please read and enjoy. They don’t make football stories like this anymore.