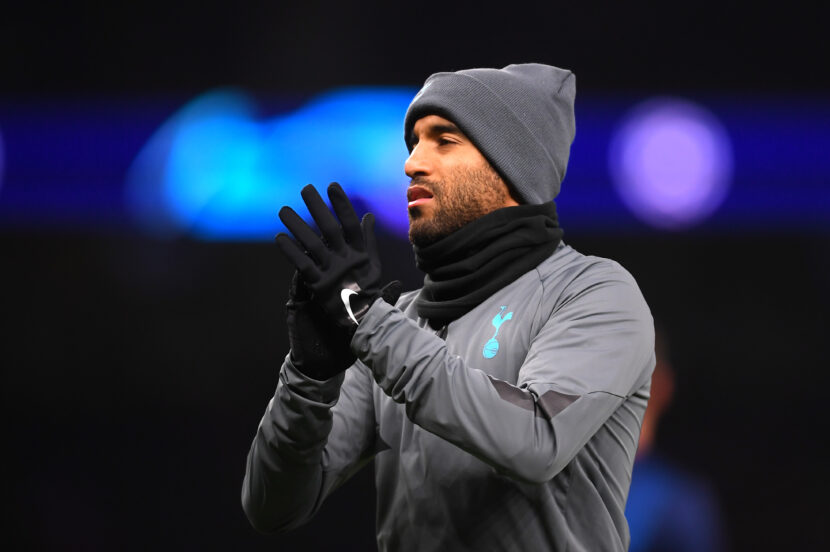 After their end to end victory over Aston Villa, sealed with a Heung-Min Son strike, the mood surrounding Spurs seemed joyous. Though in less than 48 hours, that was all about to change, and it has only gotten worse. The feel-good factor evaporated as Son was declared injured for the rest of the campaign, joining Harry Kane and Spurs have gone on to lose their next two season-defining games against Leipzig in the Champions League and Chelsea domestically.

The whole situation has cast a dark cloud over the Tottenham Hotspur Stadium which led to manager Jose Mourinho saying: “We don’t have a striker. Our attacking players are not strikers and are in huge levels of fatigue, so very, very difficult for us.” But one of his forward-thinking players has reminded the Portuguese boss that instead of providing excuses, his role is to provide the solutions.

Lucas Moura rated £36m (Transfermarkt) insisted after the RB Leipzig defeat Tottenham ‘cannot cry’ and Mourinho should take note. “We did well with the system we chose to play. We lost the game, but it is not over,” said the 27-year-old. The Brazilian continued by adding: “We have good players that can score as well. We lose two big strikers, but we cannot cry. That’s the game.”

The winger himself may have to bear the burden of responsibility for the remainder of the season as he is the clubs second most potent available goal threat having scored four in the top-flight this campaign. As per WhoScored, Moura is still a long way off last term, his best in front of goal for Tottenham, where he scored ten and five goals respectively in the Premier League and Champions League. The forced absence of Son and Kane could serve to improve the Brazilian’s chances of equalling last season’s haul as he, alongside Dele Alli, is now one of Spurs’ most crucial attacking assets.

With Manchester City banned from European competition for two seasons, Spurs still have a lot to play for this term. They are just one point behind Manchester United who occupy fifth place, which is now expected to ensure Champions League qualification. Mourinho must stay focused on the task at hand and listen to Moura’s advice.