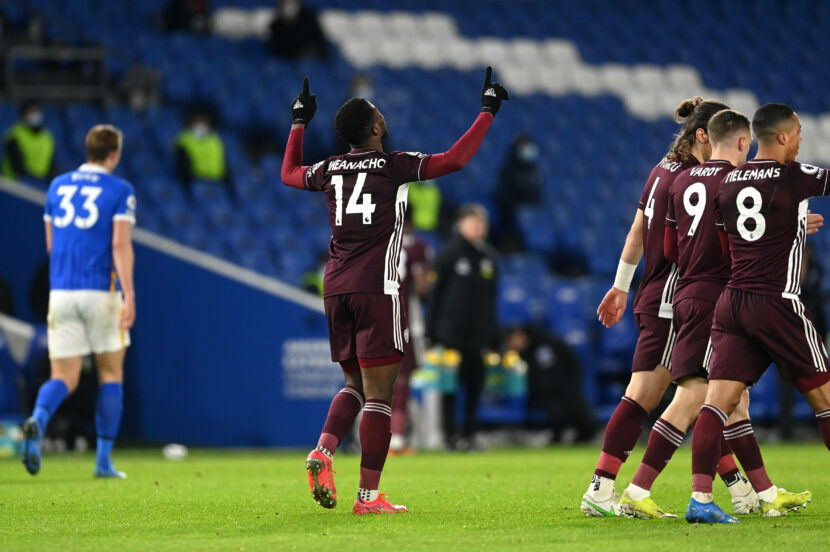 Kelechi Iheanacho: the Leicester striker pivotal in their push for the Champions League

After coming agonisingly close to the Champions League places last season, Leicester’s fall from grace still resonates strongly in the minds of fans as they find themselves in a similar flattering position this campaign.

The Foxes were hit hard with injuries to key players at the back end of last season and this season has followed similar suit with Brendan Rodgers currently missing eight first-team regulars as the season begins to draw to a close. Conversations of Leicester’s fall from the top-four last campaign have been brought up in numerous conversations lately after they exited Europe at the hands of Slavia Prague and then dropped points in this season’s top-four race to both Arsenal and Burnley.

One positive to take after their draw at Turf Moor though was the exceptional equaliser from Nigerian Kelechi Ihenacho. After being in the shadow of star man Jamie Vardy in recent campaigns, Kelechi Ihenacho is finally starting to show signs of the promise he showed as a youngster at Manchester City and the reason Leicester acquired his services back in 2017.

The striker followed up his strike against Burnley by effortlessly getting his team level in their most recent encounter on the south coast vs Brighton. An exceptional pass from Youri Teilemens fell to the feet of Iheanacho who made no mistake in getting his side back into the game at the Amex.

The goal was only his third in the Premier League this season, meaning he is still two goals behind last year’s total of five, yet it was his fourth goal in his last seven appearances for the Foxes. Alongside this, when Jamie Vardy is not performing and scoring goals, adding the absence of both Harvey Barnes and James Maddison to injury, the striker’s goals in his two recent performances have been crucial in Leicester’s hunt for Champions League football.

The striker has struggled for game time this campaign, only starting two games before his goal and 90 minutes vs Fulham in game week 22. Since Fulham, Leicester’s number 14 has appeared from the off in four games and rewarded his manager’s faith with the two previously mentioned goals. His relationship with Jamie Vardy and the link-up between the two has begun to blossom with his manager saying he was “coming up trumps” amid the injury problems in his camp.

With injuries to Leicester’s key men and Jamie Vardy struggling to find the back of the net, Kelechi Ihenacho could be crucial to Leicester’s top four chances and could be responsible for bringing Champions League football back to the King Power once again.