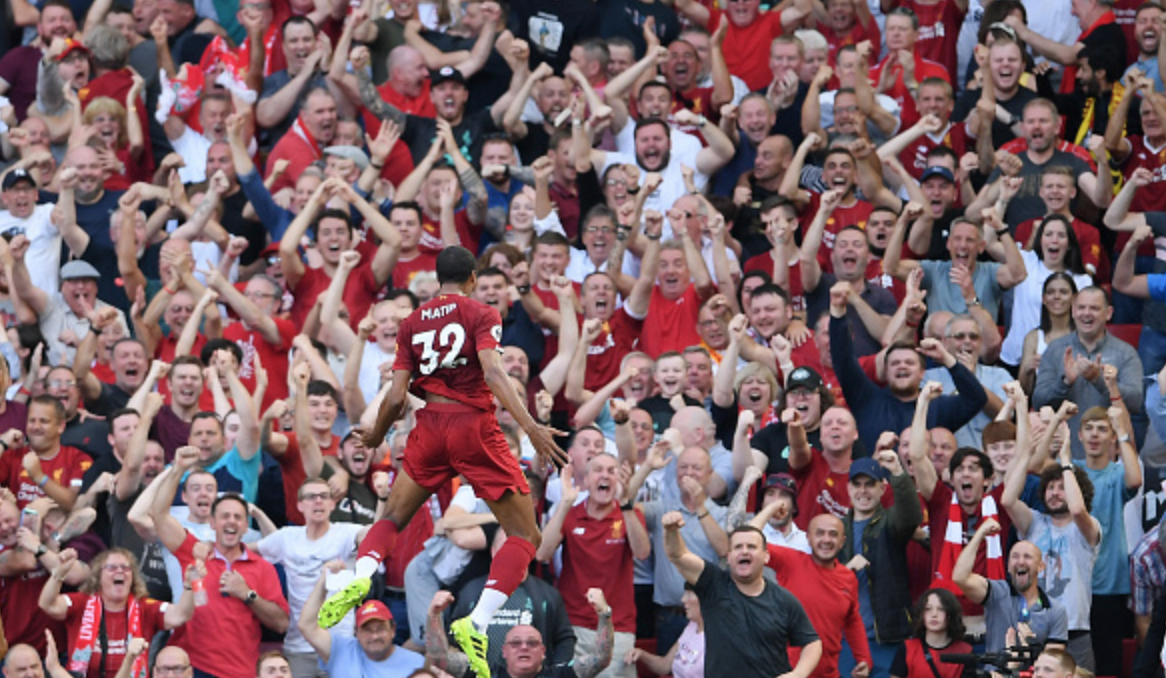 Liverpool three game winning streak has silenced any early critics, as they stormed to a 3-1 victory over Arsenal at Anfield on Saturday.

The Reds now sit top of the Premier League table, as they are the only team with a perfect record.. This fine start also includes a Super Cup final victory over Chelsea, handing Jurgen Klopp’s side an early trophy and even more of an incentive to push on and reach even greater heights this season.

However, this is not to say that there have been no critics over the first few weeks of the new campaign. The team came under great scrutiny in the opening fixtures, and it continues to persist despite a wholesome and heavily impressive victory over a top-six rival.

What are the critics saying?

Many have focused on the supposed defensive frailties, with the Reds yet to keep a clean sheet in the new campaign. There is no denying that the backline looks more vulnerable with a shakey pre-season proving they could be unlocked leading to club’s exposing it early on, but it would be absurd to begin to judge them over the course of four matches (including the Super Cup).

Some have alluded to the fact that Virgil van Dijk’s staggering record of players to dribble past him has been broken, while others have raised concerns over Klopp’s early rotation for the other centre-back slot, with Joe Gomez and Joel Matip fighting for the place.

However, the importance of a regular and first-choice goalkeeper cannot be underestimated – no matter who the club is. One only needs to look as far as Manchester City in Pep Guardiola’s first season in charge to understand this, with Claudio Bravo’s nerves having a detrimental impact on the whole team.

Alisson’s injury on the opening weekend left Liverpool needing to bring on new summer recruit, Adrian, in his place. While the Spaniard was the hero against Chelsea in the Super Cup, he has gone on to show just how valuable Alisson is to the side. His mistake against Southampton almost cost Liverpool, and it was a similar scenario against the Gunners as he nearly gifted the away side a goal by rushing off his line and clearing the ball only for it to be intercepted by an Arsenal shirt. Liverpool’s back four and Jurgen Klopp cannot be held accountable for these kind of mistakes.

The competition for places in the centre of defence remains high, with Gomez the one to miss out on Saturday. And while the Reds are yet to keep a clean sheet, the club will be rewarded for this strength in depth later in the season when injuries begin to mount. In the meantime, Liverpool must focus on continuing to pick up points and gain confidence. Except, the Reds are doing so much more than that even without their star keeper.

There is still room for improvement

Perhaps the most worrying thing for the rest of the league is that, Liverpool still have a lot of room for improvement. Okay, yes, the ability to press the ball is outstanding, and yes, they have managed to comfortably bag nine goals in their first three matches. But, there is still plenty of work to do – which just goes to show how impressive this Liverpool team is.

After the victory on Saturday, Klopp claimed that he was more than happy with 80% of the performance, but the other 20% still needs working on. The German wanted his players to adapt to Arsenal’s tactics faster, which would have allowed them to assert themselves on the game quicker. Instead, it took the Anfield side until just before half-time before they were able to break the deadlock via the head of Matip.

It is worth noting that top clubs have often gone into a match and struggled to adapt to the surroundings/tactics, occasionally coming away with nothing – for example, Tottenham’s defeat at home to Newcastle or Manchester United’s defeat at home to Crystal Palace. The point? This is what makes this Liverpool side so much better than other ‘top teams’ – it is because they only needed 41 minutes to adjust to Arsenal’s shape and gain the lead, and the result never once looked in doubt after that point.

The attack remains as lethal as ever

The forwards’ attacking prowess and strength is something that has remained unquestioned this season, due to their impressive starts – both individually and collectively.

Sadio Mane, Roberto Firmino and Mohamed Salah have each put in dazzling displays in the early stages of the 2019/20 season, producing similar kinds of performances that propelled the team towards an astonishing 97-point haul in the Premier League, as well as Champions League glory. Mane and Firmino starred in the victory over Chelsea in the Super Cup, but on Saturday, Salah was the one to grab the headlines with his scintillating display. He ran the Arsenal midfield and defence into the ground and provided two ruthless finishes to sink the Gunners.

His penalty was cooly placed into the top corner, before skipping away to fire into the bottom corner for his second. The Egyptian also left new Arsenal recruit, David Luiz, chasing shadows – forcing the Brazilian into a catalogue of mistakes. The constant threat that the front three possesses will only push the Reds towards even greater success this season.

As previously highlighted, the forwards are sensational in the quality of their finishing and ruthlessness. But, it is easy to forget the astonishing amount of work the whole team (including the forwards) carries out without the ball, pressing the opposition into a mistake. This all stems from hard work and fitness.

Most notably in the match against Arsenal, the Reds forced the away side into the corner of their own half and had nowhere to go. As a result, Dani Ceballos – an on-loan Real Madrid midfielder – had no other option than to release the ball across his own goal, only managing to find Sadio Mane on the edge of the box with a free shot at goal.

This constant desire and hunger to dominate the match always make them a side to fear. Liverpool ran riot in their opening match against Norwich City, cruising to a 4-1 victory. Norwich had their chances in the match and didn’t deserve to be beaten that heavily, but it was the team’s ability to force mistakes out of the opposition that led to them being able to carve out opportunities for themselves.

As has become abundantly clear, Liverpool are a formidable side even when they are unable to find their usual rhythm or are only in second gear.

The early criticsims may be harsh and perhaps unwarranted but the Reds produced an ominous display to silence these critics and once again prove that they mean business this season. There is no doubt that Liverpool will start to pick up clean sheets, especially when Alisson returns. This, combined with the attacking strength clearly indicates that Klopp’s men are in a very strong position to mount another league title push, as well as potentially retaining their Champions League crown.

After all, sitting top of the Premier Lague isn’t exactly a bad way to start a new season, is it?