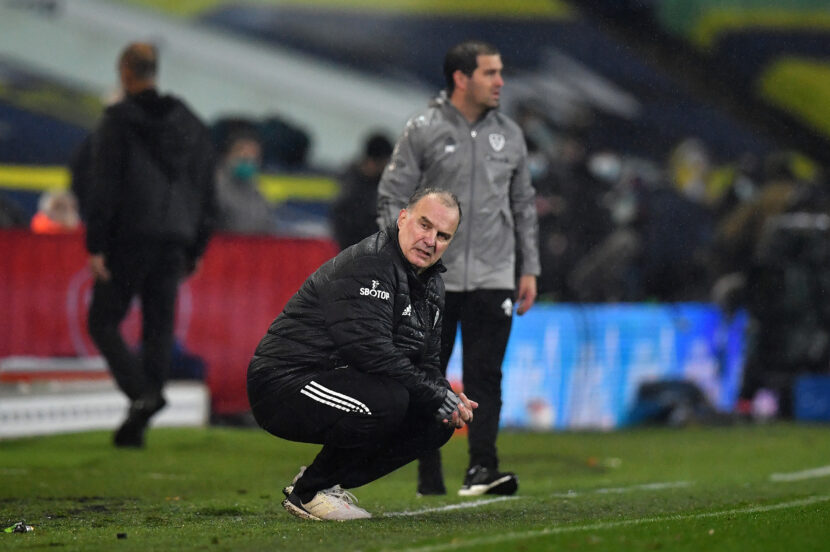 Leeds and Wolves return to Premier League action on this evening in an Elland Road clash set to be a thrilling contest between two sides seeking to come back firing after the international break.

Both sides return to action having had a similar start to the season, with twos wins apiece; but Leeds hold a slight advantage in the table after their tight draw with Manchester City. Wolves, on the other hand, remain on six points after their losses to the Citizens and West Ham. The theme of this game is of similarities between the two sides: in their recent histories, the way they want to play, in the quality of their teams, table position and their aims.

Wolves and Leeds were once mainstays of the top-flight. These two historic clubs have won a combined six league titles between them, been part of historic European matches throughout the decades, and have years of trophies to boot. But, just five years ago, neither side were anywhere to be seen in the Premier League. Both had fallen out of the top tier in the 2000s and, despite a brief return from Wolves around the turn of the decade, both malingered around the Championship and League One.

But the fortunes of these two clubs have changed since then, both in terms of their owners and much-needed cash injection, and also their managers. Nuno Espirito Santo and Marcelo Bielsa have overseen the transformation of their respective sides from Championship standard to Premier League high-fliers since they came in, with both now aiming to reclaim the spots once held by their clubs in the past.

Wolves’ Europa League run last season provided fans a taste of European competition again (at least until coronavirus made its presence known), and they were unfortunate not to return to Europe this year after another 7th place finish (Arsenal’s FA Cup win saw them take the spot instead).

Leeds have already stated their intention and shown their ability to challenge for the European places this year, and although it is difficult to judge where they might end up after such a tumultuous beginning throughout the league, two wins and a draw in their first four matches including games against last years top two gives Leeds fans something to be optimistic about.

While it is easy to say that both teams have good prospects, it is harder to determine how they will look inside this game. Although their starts have had good elements, they have also had poorer elements. Wolves’ wins are overshadowed by losses such as a four-goal defeat to West Ham, while Leeds have demonstrated that their offensive quality is not matched by their defending. What makes it easier, however, is that these two teams have both played three of the same opponents, in the form of Sheffield United, Manchester City, and Fulham. This gives up the opportunity to evaluate them against each other based on their comparative results.

Both teams won against Sheffield United and Fulham, but with varying scorelines. Leeds won 2-0 and 4-3 respectively, while Wolves won 2-0 and 1-0. With both Fulham and the Blades looking to be bottom half/ relegation candidates, these results are telling. Wolves are generally defensively solid against sides that are worse than them, conceding no goals, but offensively they struggle to score too many against teams that sit back against them. Leeds, on the other hand, have shown defensive weakness against sides that look to score (Fulham), but have no issue breaking apart low-block and weak defensive teams.

It is their results against Manchester City, however, that are most telling. Wolves lost 1-3, but Leeds drew 1-1, with both teams playing at home. Leeds’ defensive problems did not materialise in this game, one where they know to expect a potent attack, but they could not find the back of the net repetitively either – although they did create numerous chances.

Wolves, however, suffered defensively against Pep Guardiola’s team, conceding three, but managing to also get a goal back. Their defense seems to struggle against teams that attack with speed and quality (also responsible for conceding four against the Hammers), things we know to expect from Leeds. Although they are capable of punching back, they do not usually out-score their opponents. With all things considered, the situation certainly seems Leeds favoured – but read on for my match prediction to see how it might all play out.

Adam Forshaw (hip) and Diego Llorente (hamstring) are out, while Liam Cooper is a doubt after picking up an injury on international duty with Scotland. Pablo Hernandez has returned from his groin problem but may not be back in the starting XI.

Jonny is Wolves’ only permanent injury concern, and although Marcal is a doubt he has returned to training and is expected to play.

Leeds look much more of a capable side than Wolves at the start of the season and also have the perfect recipe for success in terms of exposing Wolves’ weaknesses. I do not expect them to have the same defensive solidity as they did against Manchester City, however, and although the margin will be only one goal, I expect it to be a secured win for Marcelo Bielsa’s side.