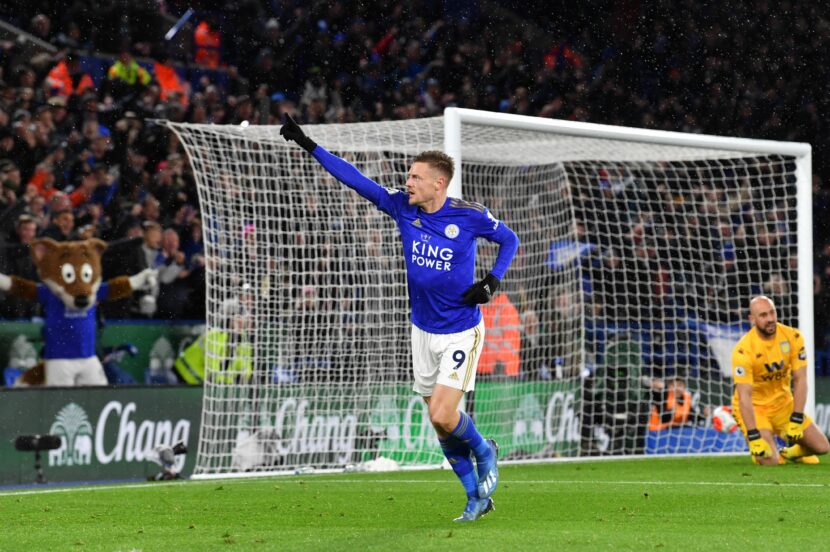 Aston Villa’s survival hopes received a sharp blow on Monday evening when they were crushed 4-0 by fellow Midlands side Leicester City who recorded their first win in four Premier League games at the King Power Stadium.

It initially looked to be a well-contested game as Villa started on top, with both Mbwana Samatta and Conor Hourihane missing early chances in front of the Leicester goalmouth. Yet neither could capitalise on well-created opportunities and their failure to go in front allowed the Foxes to grow into the fixture. Keeping ahold of the ball, Leicester built opportunities of their own and looked strong from set-pieces. Johnny Evans, Caglar Soyuncu and Kelechi Iheanacho all missed headed chances to go ahead but, unlike Villa, they were not rued.

It was an uncharacteristic mistake from veteran goalkeeper Pepe Reina, playing Leicester for the first time in his career, that granted Leicester their opener. Marc Albrighton’s sweet pass to Harvey Barnes over the top of the Villa defence prompted Reina to rush out of his box to the ball, but in the end, he was nowhere near it and once Barnes had knocked it past him only a simple finish was needed to put Leicester ahead before the break.

The second half belonged to Leicester alone. Once again, they grew into it, slowly building with their possessional play, with Kelechi Iheanacho’s poor first touch the only thing denying Leicester from building on their lead. This all changed with the introduction of Jamie Vardy. Leicester’s number nine was involved from the off, lurking around the Villa back four, and his threat gave goalscorer Barnes more space to threaten. It was Barnes’ cross through the box that gave the Foxes a penalty after Tyrone Mings’ attempt to deflect the ball coming off his moving arm. Vardy, goalless since the 21st of December, made no mistake – calling Reina’s bluff and doubling his side’s lead.

He doubled his own tally only a few minutes later with a precise strike from inside the box, beating the keeper at his near post, bringing his tally for the season up to 19 and solidifying himself once again at the top of the Golden Boot table. By now the Foxes were flying, back to their fluid best, and it was not long before they made it four and this one the best of the lot.

A beautiful passing move through Mendy, Maddison and Tielemans brought the ball to Albrighton, whose cut-back was met by the boot of Barnes to make his own brace. Leicester could have had five, or more, with the football they were producing by this stage, but there were no complaints from Brendan Rodgers at the final whistle as they picked up a much-needed, and emphatic, win. The three points put Leicester’s tally on 53, comfortably in third, while the loss sees Villa on 25 and well within the relegation zone in 19th.

Beyond their strong start, Aston Villa struggled to create any chances, having just four shots to Leicester’s fifteen and no corners to the Foxes’ nine. They looked creatively bankrupt and at times toothless, in part nullified by Leicester’s high line and possession, but also due to the performance of captain and talisman Jack Grealish.

Grealish struggled to get into the game at all and at times cut a solitary figure out on the wing, waiting to receive a pass that never came his way. Usually the Villa player with the most touches, Grealish instead had almost the fewest. He played only 17 completed passes all game, none of which were key, and in great contrast to James Maddison’s 33 completed and three key passes; who himself was having somewhat of a quiet game.

This game was a brutal reminder of Aston Villa’s reliance on Grealish, not because of how much he did, but because of how little they created when he was not at his best. With the threat of relegation now looming, it seems increasingly likely that this will be his last season at the club and that fact; alongside potential transfer destinations, could be playing on the midfielder’s mind and performances, as they approach the crucial run-in stage when they will need him more than ever.

Vardy is back – and so are Leicester

It is a testament to his superb form this season that Vardy, despite not scoring a goal for almost three months, was still top of the Golden Boot table prior to his game this week – having only just been caught up to his tally of 17 by Pierre Emerick-Aubameyang. It is no coincidence that his own blip in form coincided with Leicester’s own bad run either.

A series of injuries and disappointing performances saw him drift in and out of the side, but it was clear from the minute he came onto the pitch that he was back to his sharp best. Sprinting to close down defenders, breezing past them on the ball, and scoring with ease; this was the Vardy that Leicester fans love to see in action. A brace here saw him breeze away from competitors for the Golden Boot, which would be a fitting prize for his performances this season and brings him just one goal away from 20 goals this season and 100 total Premier League goals.

With him back at his best and back in the team, it was clear in the later portions of the game that Leicester were back to their confident best. Smart, fast passing interchanges in the final third were what got them to third place, and they were back and better than ever before. Leicester had perhaps lacked the confidence, or the intensity, for this type of attacking play over the past few months, but the latter quarter of the game was an impressive reminder of what they can do at their best. Now back to this form, and eight points clear of 5th place, Champions League football looks all but guaranteed for the Foxes.

On the brink of relegation?

Aston Villa now find themselves down in 19th, with only 25 points to their name, and a schedule that would strike fear into any Villa fan. With eight games left to play, they face fixtures against Liverpool, Wolves, Chelsea, Manchester United and Arsenal.

This is only made worse by an exceedingly poor record against teams in the top half of the table – just a single win from their games against top-half teams. Matters may only be made worse by rumours that Dean Smith has but a single game left to rescue his job. With these accumulating factors and threats, the drop seems to be drawing closer and closer to Villa, who will now need a miraculous turn in form if they are to survive.

Man of the Match – Harvey Barnes

Many forget that this is only Barnes’ first season in the Premier League, but he is already making waves. Six goals and six assists already are impressive, and this performance was one of his best to date – scoring two and having a hand (creating the penalty, passing to Vardy for his goal) in the other two.

Leicester City reunite with former manager Nigel Pearson early on Saturday as they travel to Watford in yet another game against relegation candidates, while Villa return to Birmingham to host Chelsea in the late Saturday game.