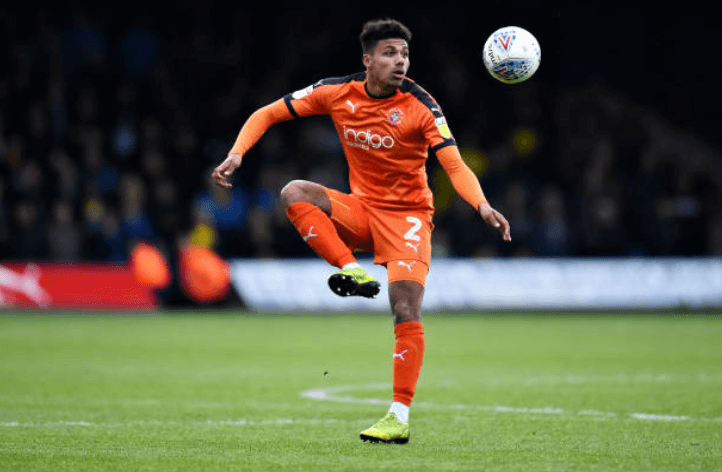 The Mail suggests that Leicester City are set to continue talks with James Justin this week as they look to complete a deal for the highly rated full-back, who featured in the League One Team of the Year last season as he helped secure his Luton Town side promotion to the Championship.

The agile and pacey 21-year-old has one year remaining on his contract at Kenilworth Road and has also received attention from the likes of Aston Villa and Stoke. Yet it’s believed that Brendan Rodgers and Leicester are in pole position to sign the full-back as Rodgers looks to bolster his options ahead of his first full season at the East Midlands club.

The Hatters, who secured back-to-back promotions last season after a stellar campaign, are believed to be asking for a fee of around £5million, which Leicester would be more than capable of paying.

The youngster emerged through the ranks at Luton Town and broke through to the first team two seasons ago whilst having a special campaign last year which saw him receive vast accolades such as a place in the League One Team of the Year.

Justin would certainly be an impressive addition to Rodger’s young and vibrant squad which includes a number of players in their early 20’s such as James Maddison, Demari Gray and Ben Chilwell.

Ricardo Pereira, who according to the Leicester Mercury is a target for French champions PSG this summer, is currently the clubs only senior player who can feature at right-back; although Daniel Amartey is expected to be fully fit for the start of next season after suffering an ankle injury back in October. Therefore, a move for Justin would be logical and make perfect sense.

The Foxes are also hopeful of securing the full-time services of Youri Tielemans, who spent the second half of last season on loan at the King Power and proved an exciting prospect who can certainly light up the Premier League on his day.